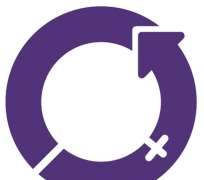 As the world celebrates 8th March as International Women's day, we have to reflect on the position of Islam with regard to this matter.

In Islam there is nothing like women's day,all days belongs to women as they belong to men too.

Before Allah we are equal regardless of our status or sex,Allah says in the (Quran 49:13)“People, We have created you all male and female and have made you nations and tribes so that you would recognize each other. The most honorable among you in the sight of God is the most pious of you. God is All-knowing and All-aware”.

When it comes to practicing Islam there is no difference between men and women. We are all obliged to follow the five pillars of Islam that is to believe in one God 'Allah', performing the five daily prayers (Salaat),paying the poor due (zakat), making pilgrimage to Mecca(Hajj) and fasting the holy month of Ramadan.

The tradition that says that women are incomplete in intellect and religion is being misinterpreted by many.

Inequality element
When does the inequality element set in for example, women are not allowed to perform Prayers (Salaat)when they are menstruating until they overcome that situation, even a bleeding woman from childbirth or labor is restricted from prayers and fasting until the blood stops.

However,they (women) remain obliged to other activities and duties of Islam, like paying the poor due 'Zakah', it is only those few areas that can elevate a man to a woman but it does not mean that men are superior to women.

Superiority
The superiority of a man to a woman is also mentioned in Islam and has limitations, Allah say in the (Quran 4:34) “Men are the protectors and maintainers of women, because Allah has given the one more (strength) than the other, and because they support them from their means”.

Men have a right to look after their wives that gives them an upper hand but it doesn't mean mistreating and beating your wife.

The messenger Muhamad peace be upon him said ''you are all herdsmen and each of you will be questioned for what s/he looked after''.

It is from such a back ground that one can argue that Islam did not elevate men and lowered women.

Marriage
Unlike other religions Islam allows a woman to retain her name even after marriage, in other beliefs like Christianity for example a woman has to change her name and adopt a husband's name.

However, in Islam, if the wife decides to use the Husband's name she will not be reprimanded for that.

Marriage is 'Ibaada' worshiping Allah which is a must to both men and women and this practice is a covenant (Quran4:21) which mankind men and women will have to answer to on the day of resurrection.This show how equal men and women are before the creator Allah.

When Islam decrees, it is not only women or men who are obliged to act but both parties.

For example 'Jihad'(struggle in the way of Allah), is permissible to both men and women to participate (Quran 22:39) “Permission was given to those who are fought against because they were wronged. And, truly, powerful is God to help them”,

If you read the history of Islam, you will find that during the prophet's time and after his demise, women participated in Jihad. Apart from some of them participating in active combat, they could give first aid and other moral support to the wounded worriers, this shows how equal men and women are in Islam. The role of “caretaker” is more suited to women by nature that's why they served more in that role. This does not mean the medical corps in an army are inferior. They are actually the lifeline of any army.

To sum it up one can argue and say that Islam elevated a woman in so many areas. Islam does not allow oppression of women, women are not men's property as some cultures perceive, and a girl child must have similar treatment and rights like a boy child.

Educating a girl is as compulsory as it is to a boy girl, the only difference is that girls are more venerable to so many issues like discrimination, sexual abuse - thus the more need to protect them from vultures.

Offering women just a day in the entire year it is an indicator of the society's recognition of the former. However, it is not enough, more has to be done to educate the world that women are as important as men, without them the world would not exist, and there would be no continuity to the creation.

God created women to give all kinds of support to men. God gave our great grandfather Adam the gift of Lady Eva or Hawah as she is called in Islam, so it is always a woman's moment and not only one day, remember the saying, behind every successful man, there is a woman.