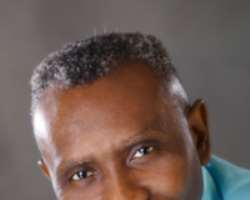 Religious issue in Nigeria is considered as a delicate and fragile one and people do not want to handle it without care. I see it as one of the aspects of the area of diversities like ethnics, ideologies and political parties. We cannot say it is more combustible than the anachronistic political entities, as it is periodically triggered, particularly during election in Nigeria. I don't thus, see religion issue as sensitive as people take it, though this is one of the area of discuss that one need to exercise cautions before passing comments.

First and foremost I need to make some issues clear. We condemn the killing of Boko Haram in this country and we say loud and clear that their act is not sourced from Islam. If they are Muslims they must prioritize peaceful co-existence which is cardinal to the teachings of Islam. No place in Quran and Hadith enjoys killing of innocent soul.

It is thus horrendous drama for journalists to refer to a reactionary group or better terrorist groups as Islamist; we pray that this would not be proliferated any further. Not even during holy wars, Muslims are disallowed from burning down churches and synagogues (QURAN 40;22).

I am disillusioned by the recent press statement of the Christian Association of Nigeria (C A N), Osun State branch as in all indication they have turn to a political organization that does not cater for the national unity but to cause confusion and disunity in the State of Osun just like national body of Christian Association of Nigeria (C A N) which has always act as fuel to religious and tribal crisis in the country.

How do you establish the fact that Rauf Aregbesola want to Islamize Osun State when the Muslims were not in good term with his over-secularized disposition, to accusehim of Islamizing the state of Osun is a fallacious irritant. Aregbesola who has pronounced many statements that is questionable in Islamic creed, who has given supplementary recognition to the traditional worshipers in the State of Osun contrary to the principle of Islam. How is the man Islamizing the state of Osun?

The same Muslim of Osun state approached Rauf Aregbesola with the request that the state should allow the Muslim girls in the public school to use Hijab, the governor partly granted their request when he said Hijab would not be used in Christians own public schools in the state. Bear it in mind, the same schools are under the total control of government without reservation and the maintenance and salary is paid by the government.

The Muslims maintain the position that Muslims girls in school must be allowed to put on Hijab in school premises. Here! No one invite or enforce Hijab on the non-Muslims.

What is Hijab? It is a term use to describe a dressing code prescribed by Quran and Sunnah of prophet which is the source of rule/law for all Muslims in the world. Stricto senso, a true Muslim don't have option than to dress in accordance to the prescription of Allah in Quran and Hadith. We can now say, Hijab is part of Islam and the Constitution of Nigeria guarantee the freedom of religion in chapter 4.

The concern Muslims of Osun State felt cheated as the Muslims girls are not allow to use Hijab in some public schools by the government of Osun state, they are very sure of the fact that this is an inalienable right of Muslims and the court must enforce it. Is it wrong for the concerned Muslims to have taken reasonable and lawful steps of exploring the court of law?

Some groups of people under the umbrella of Christian Association of Nigeria (C A N) went ahead to exhibit and celebrate what we call religion intolerance and share ignorant. In the press conference organized by C A N which was published in many media, it was upstretched that Ogbeni Rauf Aregbesola was trying to Islamize Osun state. One wonders the level of reasoning of the spear headers of this horrendous celebration of share oblivious. The Administration of Rauf Aregbesola was sued by the Muslims for refusing to respect their fundamental right (freedom of religion) and some political tool under the disguise of C A N in Osun state went ahead to broadcast publicly that such a man who is seen by some Muslims including the writer as anti-Islam is trying to Islamize Osun State.

One expects such organization like C A N to be intellectually based and not descend so low to be used as political tools. Religion organization of this nature is supposed to be a bridge builder as any form of religion intolerance will not take them to any level.