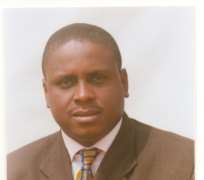 We worked hard all last night and didn't catch a thing. But if you say so, we'll try again." Peter

Your toiling is over! These remaining days of the year shall be miraculous for us. You shall receive the reward of all your labour since the beginning of the year. Look at this incident that took place at the Sea of Galilee. Peter and his fellow fishermen had gone to the sea with their boats, nets and high expectations to have a good catch for the night, but disappointingly, not even a fish or its resemblance entered into their nets.

It was like the fishes were 'instructed' to avoid their nets and baits for that night. So, in despair, they packed their boats, came out of the cold water and were washing their nets. But as they were doing this, Jesus appeared at the scene. He stepped into one of the boats and began to preach.

After preaching, He asked Peter to go into the sea and throw down his net, promising Peter would have a great catch. And this is where we got our main text. Peter with complains mixed with faith, told Jesus how they have toiled throughout the night without any result. But, thank God he added something to the complain. And what was it, "If you say so, we'll try again!" Luke chapter five and verse five. Praise God!

Peter and his company did all that were necessary to have a good catch that night, but got nothing. They had their boats, nets, baits, etc. They went to the sea at the right time. And don't forget that they were very experienced fishermen. Fishing was their main occupation. They also knew where to get them at that time. Unfortunately, all these were not able to translate to success. They toiled all night, applied all their expertise and yet, got no positive result. Is this the picture of what is going on in your life or in your family? You have done all that is necessary but have nothing or little result to show for it. I speak to that toiling spirit in your life to leave now, in the name of Jesus!

Toiling and Night
Now, please permit me to give this application to the issues of night and toiling. Yes, I see another connection between the two words and what actually happened when the day broke. According to the bible, night is a time of groping in darkness. It is a time of suffering and fears. It is a time the enemy comes to sow tares, sorrow and confusion. It is a time of the enemy's arrows and attacks. It is also a time of weeping. But thank God that His word said that though weeping may endure for a night, joy will surely come in the morning. Praise God!

I don't know the night you have been going through? The night of your relationship? The night of your business? Of your health? Your family, job, faith or your ministry? And you have been toiling without the desired results? I see your day breaking forth now in the name of Jesus! Stop toiling! Yes, it will be so. Because you have come in contact with this message and because you believe what you're reading, it will be so. Every power that has made your life bitter through more work and less result will be totally destroyed today, in the name of Jesus - Amen!

Solution Appears
As these frustrated fishermen were washing their nets in readiness to go home, accepting their fate, the master of situations suddenly appeared on the scene and asked Peter to lend Him his boat. Thank God Peter consented. And after Jesus had finished using it, He asked Peter to go back to the same sea and throw in his net. The same Peter, the same boat, the same net and bait, and the same sea. The only difference is that these are now accompanied by a prophetic instruction and prompt obedience. And what happened? The catch was so much that it was about breaking their net and sinking their boat. Don't ask me where those fishes emerged from.

Every creature hears the voice of the creator. And prophetic instructions are just declaring the definite intentions of heaven on earth and watch them come to pass. Now, what is that 'boat' that God has been asking you to surrender? Is it your life or what? You have to do that and you will be lead to your 'net-breaking' and 'boat-sinking' breakthroughs. Do it immediately. Don't waste any more time. Today! Yes, Peter gave Him his boat.

Your years of toiling are over! Every effort you will make from now shall yield an unprecedented positive result - in the name of Jesus! From today you shall always receive your due reward for every step you make towards actualising your destiny.

May the power and favour of God that will totally eradicate the spirit of toiling in and around you come upon you now, in Jesus' name - Amen! Now, very importantly, if you have not given your life to Jesus, this is a golden opportunity. Bow down your head immediately, confess your sins and ask Him to come into your life to become your LORD and Saviour. Write and share your testimonies with us. God bless you! Till next week. Compliments of the season!

Disclaimer: "The views/contents expressed in this article are the sole responsibility of Gabriel Agbo and do not necessarily reflect those of The Nigerian Voice. The Nigerian Voice will not be responsible or liable for any inaccurate or incorrect statements contained in this article."
Articles by Gabriel Agbo
8-1-2021  Israel, Prostitution Law And Homosexuality2-5-2017  The Fire Of God25-4-2017  The Blood Of Jesus7-4-2017  Sex Toys: Good Or Evil?22-11-2016  It's Not Your Battle (3)More...