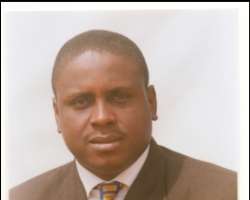 The Writer
Listen to article

Dealers of sex toys rake in billions of dollars every year. Their products are so diversified and today are available in every part of the world. Now, it looks like this business of artificially or technologically satisfying sexual desires is in vogue. The single, married, old, young today patronize sex toy shops and the manufactures, wisely too, are steadily churning out more alluring and sophisticated ones. It seems like there will be no end to their innovative ingenuity to inventing these new instruments of sexual pleasure. Today some of these toys act and behave exactly like opposite sex partners in the act. True. But here, we want to look at the origin, intentions and effects of these toys on the users, especially the spiritual and psychological implications.

Using these instruments, masturbation and all other forms of sexual immorality as we earlier mentioned automatically opens one up to demonic possessions. You cannot use these toys without contacting the spirits behind them. It is not possible. Every sex toy and sexual immorality has a demonic spirit behind it. And this is why it is always very difficult to leave such acts or be free from bondage while practicing them. Will they ever tell you their encounters with those sex demons that visit them regularly in their dreams, and also those strange happenings around them, especially in their relationships?? When next you are tempted to indulge in this remember to see the demon standing behind that toy. We will elaborate more on this later. God bless!

Disclaimer: "The views/contents expressed in this article are the sole responsibility of the author(s) and do not necessarily reflect those of The Nigerian Voice. The Nigerian Voice will not be responsible or liable for any inaccurate or incorrect statements contained in this article."
Articles by Gabriel Agbo
24-1-2021  Samson’s Hair Is Growing Again!8-1-2021  Israel, Prostitution Law And Homosexuality2-5-2017  The Fire Of God25-4-2017  The Blood Of Jesus6-12-2016  Stop Toiling!More...