The Blood of Jesus 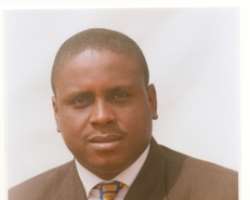 “…Jesus is the great shepherd of the sheep by an everlasting covenant, signed with his blood.” Hebrews 13:21

Another very powerful weapon that God has given to us is the blood of Jesus Christ. When a believer pleads the blood of Jesus, he/she is automatically protected from the attacks of Satan and his agents. His blood reminds Satan and the demons of their defeat on the cross. The shedding of Christ’s blood on the cross, His death and subsequent resurrection brought us back to God and also sealed the eternal doom of Satan and his fallen angels. Sure, taking Jesus to the cross remains one of the things that the devil will eternally regret.

In fact, the bible said that if he (the devil) had known, he wouldn’t have killed the Lord of glory. The shedding of Jesus blood unknowingly to the devil was what was needed to seal the everlasting covenant between God and us. And once you invoke that covenant the devil is disorganised, disarmed and disgraced. That is exactly what the scriptures say.

Look at Colossians 2:15,
“In this way, God disarmed the evil rulers and authorities. He shamed them publicly by his victory over them on the cross of Christ.”

Did you get that? The sacrifice through the blood of Jesus Christ on the cross disarmed and disgraced the devil. So, when you plead the blood of Jesus, this is exactly what you are doing. You are neutralizing the powers and the activities of Satan. You render him impotent, powerless and also bring shame upon him. If it is so, then tell me why he should not get jittery at the sight or hearing of His blood?

Let us again see the testimony of Evangelist E. O. Omoobajesu. This incident happened when he was still serving Satan. He said,

“Then, I called the fourth of the superior spirits in the government of Satan, whose name is Belial. (Anywhere you see some people gathering or holding a meeting or dance party and later, they start fighting, using the chairs or benches and whips or perhaps they cut each others body with knives or broke bottles, it is Belial, the demonic spirit who has visited them. That is his function in the satanic order, to cause quarrels, be it in the family, among friends or even in a community).

“I commanded him, ‘go forward and work on them to start fighting.’ I said to myself, after all they call themselves revivalists. When they start beating each other with benches, the newspaper will carry it in the headlines the next day that, ‘Revival turns to a free-for-all fight.’ ‘Carry on,’ I commanded the demon. He took a few quick steps and then stopped. ‘What is wrong again?’ I enquired. He asked me to come and see and I moved in to look again. This time, it was no longer fire that I saw, but BLOOD. The whole place looked as if it were an abattoir where millions of animals have been freshly slaughtered.

“It was as if all the people were totally immersed in the flowing river of the blood. He told me pointedly ‘That is the BLOOD of the Lamb of God.’ But since I didn’t understand him, I asked him again, mocking, ‘you mean that God has a sheep and that He killed it and the blood of it is now frightening you?’ I, too, have sheep at home. I will kill it for you later, so that you can drink the blood. He said that it is not like that.

“He said firmly: ‘that is the BLOOD of the Lamb of God who taketh away the sins of the world!’ He added, ‘nothing in this world or in any department can face that BLOOD in combat.’ So he bluntly refused to go and I chased him off also.”

The Blood of Jesus! Powerful! The above incident happened as the then agent of Satan went to stop a revival meeting being held by a Christian group. He called in the demons to do the job, but they were prevented by the blazing fire of God.We will continue next week. God bless!

Disclaimer: "The views/contents expressed in this article are the sole responsibility of the author(s) and do not necessarily reflect those of The Nigerian Voice. The Nigerian Voice will not be responsible or liable for any inaccurate or incorrect statements contained in this article."
Articles by Gabriel Agbo
24-1-2021  Samson’s Hair Is Growing Again!8-1-2021  Israel, Prostitution Law And Homosexuality2-5-2017  The Fire Of God7-4-2017  Sex Toys: Good Or Evil?6-12-2016  Stop Toiling!More...