Guy Ohenhen: A Testimonial Match For A Grassroots Football Guru 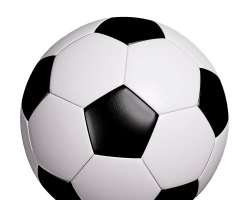 When I saw this post on the social media few weeks ago, celebrating a great Ajegunle grassroots football founder, Chief Guy Uade Ohenhen, popularly known as Baba na Baba’, officially heralding his retirement from creating football stars to join his ancestral home and I was very elated that he has created a legacy in Ajegunle football community and beyond over the years and he deserves this testimonial encomium without compromise.

Exactly 9 years ago when I received a call on my cell phone while freelancing with major Nigerian newspapers from Chief Guy Ohenhen,told me ,Godday ,I loved your writing ups,keep fighting for Nigeria through your pen. Please Odidi come and see me at Navy Barracks, at that moment I was afraid, I summed courage and invited a friend along with me to see him, behold, I saw a great father with humility.Odidi why can’t you organize awards for football achievers in Ajegunle? At that moment, he spurred me to be writing about the good of Ajegunle people and beyond.

Today, I can boldly tell anyone that cares to read this encomium on a man that eats, drinks, thinks and creates grassroots football in Apapa-Ajegunle that his fatherly advice that made me starts promoting Ajegunle achievers and beyond.

In 2012, Chief Ohenhen graced my second edition of Mindset Media Achievers Excellence Awards and 2013 he was among the special guests that honored my wedding and danced with me in a fatherly joyful manner that drew the overwhelming crowd to him.

In one of the interviews granted by Mindset Media Limited to Chief Guy Ohenhen few years ago, said football is my hobby and we created football passion in Ajegunle and my joy to see young Ajegunle football players playing international leagues and nothing more. At that moment, I knew that Chief Ohenhen is among those that want Ajegunle community to grow in all ramifications.

Finally, October 9th, 2016, at the Navy Barracks, where a football guru would be honored in grand style. Daddy Ohenhen you have lived a worthy life to be remembered by all your fans, football lovers and Mindset Media Limited. May you age gracefully as you retire to your ancestral home in Edo State? Your football legacies live on to generation to generation and once again congratulations sir. Disclaimer: "The views/contents expressed in this article are the sole responsibility of the author(s) and do not necessarily reflect those of The Nigerian Voice. The Nigerian Voice will not be responsible or liable for any inaccurate or incorrect statements contained in this article."
Articles by Godday Odidi
19-10-2016  God Only Wise Cleaning Services Ltd: A New Cleaning Company To Patronize18-10-2016  Bishop Leonard Umunna: A Man Of God With Philanthropic Heart In Nigeria18-10-2016  Wazobia Widows Foundation Of Nigeria Is Genuine—chief Ubogu17-10-2016  Ambassador Obitex: Giving Hope To The Real Face Of An African Child10-10-2016  Madam Roseline Odidi:you Left Indelible Marks On EarthMore...