Dasukigate: A Second Thought Before We Conclude 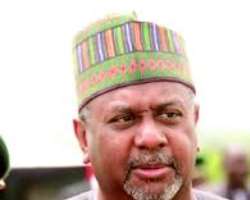 For real, Dasuki is a bête noir; The proverbial black sheep that is currently carrying the sins of GEJ and his ruinous PDP administration. Dasuki stands accused but before we sealed his fate, it is salient we pause a while and think outside the box despite the mind bogging looting under his watch.

Truth be told, Dasuki is one Nigerian who cannot shy away from the full glare of camera and Newspaper headlines as the anti- corruption sheriff continues to knock on the doors of PDP chieftains as if APC stalwarts are saints.

The looting spree and Bazaar organized by the former NSA should remind us that something is wrong with our institutions and political climate such that political appointees and government functionaries continue to behave as of mis-governance and abuse of office is our political DNA .

I cannot fathom why but I admire the Dasuki dynasty of Sokoto Caliphate a lot. Sadly, this current DaskiGate has left a very bad test in my mouth. Of course, Dasuki will carry his cross. He is on the hot seat now but it could have been any of us judging from the fact that he found himself in a government where the Oga-on-topis a perfect definition of leadership- mis-road.

We all know too well that Dasuki could not have become a father Xmas without the blessing of the Oga- on - top. Many will be quick to say he should have resigned knowing fully well that most of the directives of GEJ and PDP buccaneers were illegal and unconstitutional. But is that easy? It is always easier said than done.

Dasuki, is a victim of a rotten political system and culture like most Nigerians caught in the web of corruption; A political climate the encourages sycophancy and hero - worship. The Oga - on- topmentality make it very difficult for anybody to work in the political circle and come out without any dint especially if the Oga is a student of Wuruwuru and magomago school of politicking like GEJ.

When a political leader shares the grace of infallibility with the pope, what do you expect those under him to do than to say “Yes” to his whims and caprices?. With all the executive power vested in the office of the PFRN only a Biblical David can challenge the President or refuse to carryout his orders without a scar or even stay alive to tell the story. Ask Bola Ige and Afred Mashal. In a hobbessian jungle like the Nigeria of PDP days, One is likely to toe the path of the proverbial parrot that said if you cannot defeat them, join them.

I faced a similar situation as a student in Cameroun. And, when I insisted in having the right thing done, I was wiped out of the system like dust on a car screen. The retaliatory action from the powers- that- be hit me massively that for more than six years now, I am yet to recover from the blow. If experience is the best teacher, then, I am better placed to tell us that it is not a child play to say ‘’no” when the authority wants a “ yes”. And, this was exactly the same situation that Dasuki faced and he had to act to stay alive and politically correct.

When the entire institutions that can protect citizens have been compromised where do you run to for help when you are forced to do things against your conscience? Resigning and escaping to exile is a good option but, a call to Prof Wole Soyinka, Nuhu Ribadu and Malam Nasril El’ rufai will convince us that Oyibo land is not an immunity against the Wickedness of evil minded political class when you refuse to do their wish or step on their toes and then escape to Europe.

Had the PDP won the election, Dasuki could have become a saint but now that the table is turned against him, methinks we should not only request that he goes to Kirikiri, we must also do something about a system that makes it a near impossibility for Nigerians in the corridors of power like Dasuki to embrace the philosophy of Julius Nyerere.

If Dasukki is guilty, we are all guilty and Nigeria is guilty because he is the product of the Nigerian society. our society where values have been turned upside down. Abi na lie?