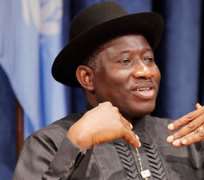 There are recent reports of a so-called Lower Niger delta secession bid through a Federal referendum or otherwise, that could have worked under Goodluck Jonathan, but ignored because he wasn’t interested in secession. He thought he'd deceive Nigerians to trust and vote him in for a second term, yet clueless in terms of political affairs, leadership and governance. Unfortunately, the reason for this childish intent to part with Nigeria is Mr. Jonathan’s defeat in the March 28, 2015 presidential election.

Given this development therefore, becoming party to such miscalculation or ill-advised move will be against the good and true spirit of Ogoni. As such Ogoni will not be party to this move nor is it part or member of the newly coined Lower Niger delta.

Ogoni remains an epitome of freedom, human equality, justice and environmental protection, thus will stand to grant necessary advice when contacted or where it sees fit to any group, including the said Lower Niger delta. Ogoni’s position which has been echoed and reechoed uncountable times, is that, the oil-rich ethnic nation will stand on its own assuming the secession bid works, or Nigeria happens to disintegrate or turns into a loose federation one day.

What's incontestable is that, the people of Nigeria home and abroad were clear when they declared that they shall no longer be taken for granted by Jonathan and his corrupt administration. They’ve also alerted the incoming regime of Mr. Muhammadu Buhari of similar fate that befell Jonathan, if it fails to deliver its promises; fails to respect, listen and attend to the people's needs; help to lift people out of poverty by creating positive incentives and equal opportunities among other desires of citizens.

Meanwhile, it’s obvious Jonathan and his Ijaw team, senior and otherwise advisers ignored, rejected Ogoni and didn’t consider its people human enough to deserve good despite their struggle and blood they benefited from. United Nations Environmental Program report recommendations that should restore Ogoni land and people through cleanup and sustainable development was abandoned by Jonathan and his government because of historical ethnic repression, his hate toward Ogoni and selfish interest. More important to the Ijaw-led secession bid because Jonathan is defeated is that, Jonathan lost recent election due to dishonesty about not running for a second term if given first term. Therefore, greed and power intoxication, lack of foresight or vision hence incompetence and gross corruption and insecurity is what put him in the predicament he finds himself even though he peacefully accepted defeat to instill calm, and I applaud him for that singular action. His supposedly goodwill may be tested by this Ijaw-led secession bid. As the bell rings I can imagine certain elements in the Ijaw ethnic group including militants’ intent to attack oil facilities within Ijaw land and other communities of Niger delta they may be invited to disrupt oil activities or influenced to act similarly.

Such action could erase the goodwill of peaceful acceptance of defeat and handover of power if not reconsidered and reversed.

Of course, the intent to destroy oil business would be a replay or rematch of Boko Haram’s (northern/Hausa-Fulani) action that made governance difficult in a sense for Jonathan from 2011 to the end of his term. So, as we’ve seen and read about threats and signs, Ijaws may be thinking/planning strategies which would cause Mohammadu Buhari and his team to take some doses of what Boko Haram gave Jonathan. Stopping the flow of oil for a reasonable and meaningful discussion hence resolution of resource ownership or control and management (fiscal federalism) is the right of the Ijaws as with any group in Niger delta or anywhere in the country and the world, where what is in one’s land as mineral deposit is forcefully stolen by certain ethnic groups/people in power claiming the Federal government owns the deposit.

To face the fact, however, Ijaws missed the golden opportunity to take their stand, stop the oil and resolve once and for all the issue of resource ownership and control, but failed when militants from the ethnic group who attacked oil facilities by accident and captured national and international attention embraced amnesty from the oppressive Federal government, which Jonathan was vice president. They lost that good cause because of Jonathan and thought he will do anything tangible to address and resolve the issue; or where just greedy and naive about political pressure or struggle to right historical wrong. Indeed Jonathan ignored Ijaw and enlarged Niger delta struggle for human rights and environmental justice, rather enriched certain militant leaders from Ijaw with contracts, other portfolios, and sponsored many abroad to gain education and other trades. The majority of Ijaws, other Niger deltans and Nigerians were abandoned to chew their tongue and many died in pain and hunger.

In addition to these missed opportunities, Jonathan whom Niger deltans are called to foolishly fight and die for, according to Ms. Ann-kio Briggs, Mr. Fred Agboegba, who is president of the so-called Lower Niger delta and others, called a National Conference in 2014 with hidden agenda. The plan wasn’t about the good of all Nigerians, the struggling poor in particular. It’s to boost his then dwindling popularity hence favorability, and to be electable when Nigerians became fed up with his lies and low or zero performance, but the faces of insecurity, including everyday violence, hyper-kidnapping, militancy and insurgency and gross corruption.

At the inaugural of that failed-on arrival conference Jonathan was clear about the unity of Nigeria, saying, such item (disintegration or restructuring) was a no-go area for discussion...meaning secession wasn’t part of the equation. He believed in Nigeria, so why want to secede because he lost? Going into the conference, he didn't have any agenda for the good of Niger delta nor had any vision as to where he wants the nation to go. Resource control was trashed and defeated like child's play by northerners and their supporters who have little or nothing to offer the nation but cheating by depending mostly on Niger delta nations’ oil and gas to run nonviable states.

True-fiscal federalism (or equal recreation of states based on viability) that could dissolve present usurping state structure and return to regional system, where each region will create as many or few states within derivable budget-not waiting for oil money from the Federal government and can’t pay one month salary on their own as the case today, while contributions are made to the center was dumped in the dustbin. The status quo that protects corrupt and criminal politicians and advantage-taking north and other nonviable states in the country were protected. Indeed, new states were recommended for creation. The anticipated source of money for running these mostly nonviable states was/is oil and gas.

Other than the passive mention by Mr. Ledum Mitee, an Ogoni who was Federal government's candidate so cater to government's interest. No one from Ijaw or Niger delta calling for secession mentioned the overdue Ogoni State or any arrangement that will grant Ogonis political autonomy which is the control of their political and economic, environmental affairs by themselves like other ethnic groups in the country. In short, although Ms. Briggs did a minority report and raised some issues such as human rights protection, equality and environmental justice cum resource ownership that are close to the heart of Ogonis, Ijaws and other Niger deltans, and many of us applauded her.

She and other delegates from Niger delta watched Hausa-Fulanis and others shut down discussion and resolution of resource ownership and management or control and did nothing. The upward review of 13 percent derivation money or chicken feeds granted Niger delta states and mostly stolen by governors, other politicians/rulers from the region was referred to the Federal government due to stalemate. Northerners and others knew Jonathan is clueless and feckless so will do nothing about the just demand for upward review. These Niger delta delegates with little resistance watched when northerners threatened hell on baseless and false premises; and watched these abominable things happen, yet supported the final draft of the conference report, which Jonathan had no honest interest in implementing since the exercise was/is a ruse.

Niger delta delegates sheepishly missed a better opportunity to walk out of the conference and work toward freedom hence secession, if that was/is paramount on their minds. They failed because they were listening to Jonathan whose only agenda was to gain favor and become re-electable. The region's delegates who have states, and in majority at the conference were also comfortable with the states they have and the presidency-thinking having a president from Niger delta that is weak and visionless was/is all that matter. They didn't consider the possibility or probability of losing elections hence losing the vapor-like item known as power. Their usual consolation may have been threatening and intimidatory, actual killing and rigging strategies.

Ogoni and its people were ignored, rejected and abandoned like beasts of burden under Jonathan. To add more salt to injuries, Jonathan pardoned his criminal boss, former Governor Alamieyeseigha, who was convicted in United Kingdom (UK) for stealing BAYELSA State’s money/corruption, and laundering millions of pounce in UK, USA, and forfeited properties worth millions of dollars and pounce having escaped from UK and jailed on arrival to Nigeria. He did nothing to push for the exoneration of Saro-WIwa and others who were innocent, though helped clear the way for him to emerge.

He also upheld the false conviction of Ogonis by the Federal government of Nigeria and approved the promotion of Mr. Ibrahim Auta whom Nigeria bribed/used to kill the Ogoni Nine, to the position of Chief Judge of the Federal High Court of Nigeria.

Therefore, because Nigerians have spoken clearly by voting Jonathan out of office, and many Niger deltans including Ijaws supported this move by also joining the opposition party, All Progressive Congress (APC) to vote him out for these reasons mentioned herein, there is no reason Ogonis should support such politically naive and ethnically motivated bid for secession.

I’m not against secession, where those seeking it do so on qualified grounds such as oppression, slave status and calculated attempts to commit genocide against them, but not because of the defeat of a person (Jonathan) who couldn’t perform his basic responsibilities of security, creating leverage and opportunities for jobs and the good of the common people and all, such as clean water and frequent electricity, quality schools and hospitals and road, etc.

Ben Ikari, is an international human rights and environmental justice advocate; a writer and expert on Ken Saro-Wiwa, and can be reached at [email protected]