Can Wike Survive A Re-Run In Rivers State? (2) 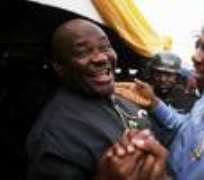 Much more important in the unfolding saga in Rivers State is the poor performance of Governor Nyesom Wike. It has been reported that about 144 billion naira has so far accrued to the state in the last five months. Sadly there is very little to show for it in terms of infrastructural projects.

The security situation in the state has continued to deteriorate. The school projects have been stalled. The healthcare program has been abandoned. Workers are being owed areas of salaries. Most of the gains of the last administration have been reversed. Incidences of armed robbery and kidnapping have been on an embarrassing increase. At least three persons are kidnapped every week in Port Harcourt alone.

Except for high profile ones, many of the cases go unreported as family members are left to negotiate with kidnappers and pay ransom ranging from 3- 5 million naira. Small arms are light weapons have suddenly returned back to so many unauthorized hands and the state is palpably under siege of hoodlums. The case of Ibiere a journalist and friend of mine was so pathetic, as she spent two dehumanizing weeks in captivity somewhere she described as a tent on water in the middle of nowhere. After three months of her release, she is yet to fully recover from the beatings and mosquito bites in the creeks.

The only visible achievement so far recorded by the current administration in the continuous battery of the image of former governor Rotimi Amaechi. Nigerians witnessed a barrage of media attacks on the person of the former governor as soon as the rumour mill carried it that he may be considered for a top position by the Buhari administration. There were countless petitions originating from one Livingstone Weche, a self-acclaimed human rights activist allegedly sponsored by Wike under the auspices of Integrity Group. A full panel of inquiry was hastily instituted by the current government in the state to investigate the activities of both the former governor and key actors of his administration. The speed with which the panel turned out their report made many observers to suspect that they were working on a prepared script and pre-determined conclusions. Although the panel report and the petitions of Mr. Weche were considered by the Ethics and Public Petitions Committee of the Senate, those could not hinder the ministerial clearance of the former governor.

One area where Mr. Wike recorded achievement is in the area of judicial politics. Although the governor himself is fully aware of the irregularities that took place during the gubernatorial elections, he was confident that the elections will be upheld somehow. He has been quoted as boasting about his strong network within the judiciary. There are several reports that Mr. Wike visited high level judicial officers including the Chief Justice of the country, and might have allegedly spent millions of naira ostensibly to influence them. With the recent annulment of the elections, his attention is said to have turned to those in charge of higher courts.

Daily the actions and inactions of the Ikwerre born politician has become a subject of debate among the people of the state. For instance, the sudden and well publicised resignation of his former spokesperson Mr. Opunabo Inko Tariah exposed both the administrative highhandedness of the governor and the murky under belly of his administration. It was also a clear indication that some of his core loyalists might have started deserting him. Even though the governor quickly moved to avert further crisis by making a few appointments, the gap remains as his panic response was tainted with nepotism. So far many of those who have supported him still have not gotten much in terms of patronage. Out of all the major appointments he has made, none of the major politicians has been allowed to a nominee. For something like the state executive council, one will expect that some of the Commissioners will be nominated by those who played a major role in the enthronement of Wike. Alas the governor has avoided getting nominees from them but rather gave slots to his wife. So far he has only been able to appoint four commissioners while reserving major ministries like that of works to himself. For example after appointing someone to the Office of the Chief of Staff, he later appointed his brother as his Special Adviser of Government House matters to water down the powers of the Chief of Staff. Many other politicians are now showing reluctance to support him especially when they realize that they have got less patronage than expected. He has consistently treated many of the groups that supported him with disdain. For instance, the governor turned down the invitation extended to him for the annual conference of the Nigerian Bar Association in Abuja. Furthermore at the recent event of the State Judiciary to mark the beginning of the legal year, he kept everyone waiting and only showed up later in the afternoon.

Many analysts believe that the governor Nyesom Wike might have squandered a God given opportunity to create a record of his own performance in Rivers State. As someone who emerged under controversial circumstances, he should have moved swiftly to write his name boldly in the sands of time. He should have delivered on major signature projects that will potentially exceed the legacy of his predecessor. Those are the actions that would have generated enormous public sympathy and support for himself. Rather than that, Mr. Wike allegedly spent a lot of money sponsoring negative propaganda targeted at stopping his predecessor from being cleared as a federal Minister. While he was busy working to stop his former boss and kinsman from being cleared as Minister, other governors from the People’s Democratic Party like Prof. Ben Ayade of Cross Rivers State and Ayo Fayose of Ekiti state instead, rallied support for ministerial nominees from their own state.

Many of the people who actively participated in the rigging of the Rivers election were the ex-militants who contested for House of Assembly. It was reported that Mr. Wike deliberately chose them to ensure that they defended their own election and that of the governor. They did as the two elections held the same day. Many people were outraged with the violence that these militants unleashed on the people in the past and were shocked where they re-appeared under law makers. Typical of many Nigerian politicians, Mr. Wike took off as if he wanted to do things differently. He visited many churches and openly canvassed for prayers in an effort to bridge his credibly deficit.

After those visits, Rivers people expected him to change his tactics and focus on development. He could not and did not. He pugnacious politics, vaulting ambition and pugnacious personality could not allow him. The Rivers governor never believed that justice will be served on him. Now if the higher court uphold the judgement and a re-run is scheduled, what will Nyesom Wike do? Will he and his supporters convert the state to a theatre of violence and election manipulation for the second time? Will the new leadership of the Independent National Electoral Commission (INEC) allow that to happen? Will the PDP government in Rivers State survive a re-election?

Disclaimer: "The views/contents expressed in this article are the sole responsibility of Uche Igwe and do not necessarily reflect those of The Nigerian Voice. The Nigerian Voice will not be responsible or liable for any inaccurate or incorrect statements contained in this article."
Articles by Uche Igwe
12-10-2016  Nigeria’s Fight Against Terror And The Search For Chibok Girls (1)6-12-2015  Abuja’s Increasing Challenge Of Insecurity25-11-2015  Freedom Of Information Act And The Fight Against Corruption8-8-2015  Ogoni Clean Up, Buhari And The Force Of Example8-4-2015  Can Rivers State Afford To Be In The Opposition?More...