Freedom Of Information Act And The Fight Against Corruption 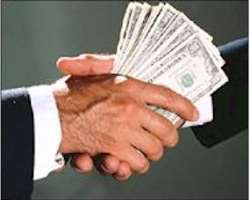 I was invited to a workshop last week to review the level of progress in the compliance of government agencies to the Freedom of Information Act. It was a crucial opportunity for me to bring myself up to speed with some of the happenings within the civil society arena in Nigeria. As part of my preparations for the discussions, I had to read the Freedom of Information Act all over again.

It is one legislation that will give you consolation about the amount of resources and sacrifices that were put into it. I recall the exchanges between respected civil society leaders and many politicians during the Obasanjo regime. It is gratifying that after eleven years of intense advocacy, reason triumphed, and the bill was passed into an act, which was later signed into law by President Jonathan.

The passage of the FOI Act remains a very commendable effort, but one wonders why its implementation remains a daunting challenge. So far, only sixty out of hundreds of parastatals and government agencies have been able to set up compliance structures as prescribed by the law. Although some people argue that the FOI Act is too much of an idealistic legislation, because of its civil society origin, the law is the law.

Rather than dwell on the idealism argument, I will rather wonder whether the drafters of the law took the Nigerian context into consideration. Some of these law paragraphs are uprooted from foreign jurisdictions and foisted on contexts like ours, without adapting it accordingly. I will use a few instances to illustrate my argument, as one tries to understand the law further and charts a way forward.

First is that I consider the law as somewhat of an ambiguous one. For instance, the objectives are “to make public records and information more freely available, provide public access to public records and information, protect public records and information to the extent it consists with public interest and protection of personal privacy, protect serving public officials from adverse consequences of disclosing certain kinds of information without authorization and establish procedure for the achievement of the purposes and related matters.” Although the word ‘public’ was mentioned more than 114 times throughout the text of the law, there was nowhere it was clarified. The assumption will probably be that everyone reading the law will have the same understanding of what is public. Odd! In a country where many private things are done under the cover of public interest, it will be important to offer some explanation as to what the law mean by the word ‘public’. Even within the country, there are slight differences between what is considered public or private. What is private in Yola, may be considered public in Yenagoa.

The demand for access to public information to be seen as a human right is great, but it will take a while. The target for public institutions to respond to FOI requests within four days is excellent. However, in a situation where many agencies are not connected to the internet or their servers are perpetually down, what do you do? The whole idea of proactive public disclosures sounds very good, at least with the amendment of the Official Secrecy Act of 1911. Yet the culture of secrecy prevails in the civil service. It is either as a result of ignorance or wilful negligence. It is either that the bureaucrats are deliberately hiding the information, or that citizens are not yet aware of their rights. Today, very few government agencies have functional websites that are updated regularly. There are very few designated portals or platforms from where the public can obtain reliable information.

Now let us talk briefly about the relationship between a Freedom of Information regime and the war against corruption. The persistence of corruption, despite the application of several remedies, means that proper diagnosis might not have been carried out. So before we rush to the discussion of the relationship between (anti)corruption and open society, let us try to find out the underlying causes of corruption in our country. No doubt the strain of corruption in Nigeria is a peculiar one that inhibits growth. Many countries like ours, that are plagued with corruption, have managed to continue to grow. A country like Indonesia has a thriving crude oil and palm oil industry amidst high levels of corruption.

For FOI and anticorruption reforms to meet, there is a role for anti-corruption institutions. How many of them have so far established functional FOI units within their offices? Does EFCC, ICPC, Code of Conduct Bureau, Nigerian Extractive Industries Transparency Initiative (NEITI) disclose information proactively? What is the integrity of the information obtained?

Despite the difficulties of trying to operationalize FOI legislation, it is a good thing for the country as we work to remove the obstacles. More information well utilized will be in the best interest of the country and its citizens in the long run. There may be red faces here and there but the transition to a better Nigeria is not an event but a process. The process of implementing FOI may be a tortuous journey but we must not lose sight of the end goal. An open society is in our best interest.

Disclaimer: "The views/contents expressed in this article are the sole responsibility of Uche Igwe and do not necessarily reflect those of The Nigerian Voice. The Nigerian Voice will not be responsible or liable for any inaccurate or incorrect statements contained in this article."
Articles by Uche Igwe
12-10-2016  Nigeria’s Fight Against Terror And The Search For Chibok Girls (1)6-12-2015  Abuja’s Increasing Challenge Of Insecurity15-11-2015  Can Wike Survive A Re-run In Rivers State? (2)8-8-2015  Ogoni Clean Up, Buhari And The Force Of Example8-4-2015  Can Rivers State Afford To Be In The Opposition?More...