Can Rivers State Afford To Be In The Opposition? 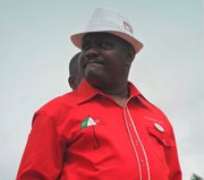 In the immediate aftermath of the General MuhamaduBuhari’s resounding victory over President Jonathan, I expect that the people of the Niger Delta should adjust their political strategy. They should identify channels to begin to re-engage the Federal Government. They are very lucky to have Governor Amaechi who played a visible role in the current scheme of things. Those who go around to paint him as a betrayer miss the point. That they are unable to discern the speedy realignments that have happened after the Presidential election is simply amusing. If I were in their shoes, I will quickly put the past behind me and reach out to governor Amaechi and table the interest of Rivers people and the Niger Delta.  They have another opportunity to consolidate their position by voting for the APC gubernatorial candidate Dr.DakukuPeterside. It is no longer a necessity, it is in their self-interest to do so.

Anyone one who understands how the Nigerian federation is structured will say the same thing. Nigeria is a unique federation with a very strong centre. It is a yet to fully recover from the many years of centralized military command. Today, many important powers reside exclusively with the federal government whileit shares power on a few residual matters with the state. What this means is that states that align with the centre somehow get more benefits and get things done faster. There is enormous leverage that accrues from the alignment and at the end of the day it is the people from such states who benefit more. Even with all the economic potentials and its robust internally generated revenue, Lagos statesuffered immensely during the extended periods that it was not in tandem with the powers in Abuja.

No one needs to look too far to see examples for Rivers State.  We all know what the state went through during those few months that the President had a minor political disagreement with the governor of the state. The Bonny LNG project was stalled. The Soku oil wells were taken away. The renovation of Port Harcourt International Airport was abandoned. The Rivers side of the East West road was hindered. Many state projects that needed one form of collaboration or the other from the federal government got stuck.

Rivers people lost so much because President Jonathan and those around him used the full paraphernalia of the so called federal might to deny Rivers people what ought to be theirs. Sadly the economy of the state is not yet as vigorous as that of Lagos State so the consequences were far more excruciating. With the victory of All Progressives Congress at the national level, Rivers people have another prospect to recover all they lost during the highhandedness of the Jonathan administration. No one who loves Rivers State will think otherwise.

President Jonathan himself knows it and that was why he had to concede defeat very quickly and congratulate General Buhari. Chief Tony Anenih knows it and has declared that Buhari will take Nigeria to agreater height. Chief Edwin Clark knows it and that was why he went an extra mile to pledge to work with the President elect. Every politician in Rivers State knows this too. Some politicians in Rivers State reprimanded Mr. Amaechi when he and his colleagues moved over to the All Progressives Congress (APC). Now that the APC has won, they should just swallow their pride and embrace him.

Even the gubernatorial candidate of the People’s Democratic Party in Rivers State Mr. NyesomWike was once a federal minister. He understands the power of the President. I guess that very few politicians in Rivers State understand how these powered can be leveraged on better than him. He once took advantage of it, boastedopenly about it and encouraged Rivers people to make sure they align with the centre. From the much I know about Nigeria, I cannot agree more. Now that the baton has changed, the former junior minister should be humble enough to admit that he has misled his supporters.

Many other prominent members of the People’s Democratic Party in the state said the same thing repeatedly about the need to be close to the centre of political action. Two former Deputy Speakers of the Federal House of Representatives, Hon Austin Okpara and Hon. ChibudomNwuche all served at the federal level. They understand that Rivers State cannot afford another eight years in the political Siberia of opposition politics. Key agencies like the Niger Delta Development Commission (NDDC) and Nigerian Maritime Administration and Safety Agency (NIMASA) are controlled by Federal Government.

The critical decision time will be on Saturday and the choice before Rivers people are clear.  It is not a time for political gambling. With Governor Amaechi rooted in the incoming national government and Dr.DakukuPeterside as the next governor, Rivers State will be firmly positioned for prosperity and the people of the state and the Niger Delta region will be better off for it.  Rivers people cannot afford opposition politics at this time. Voting for APC is my view is their most viable political option.

UcheIgwe wrote from the Department of Politics, University of Sussex. You can reach him on [email protected]

Disclaimer: "The views/contents expressed in this article are the sole responsibility of Uche Igwe and do not necessarily reflect those of The Nigerian Voice. The Nigerian Voice will not be responsible or liable for any inaccurate or incorrect statements contained in this article."
Articles by Uche Igwe
12-10-2016  Nigeria’s Fight Against Terror And The Search For Chibok Girls (1)6-12-2015  Abuja’s Increasing Challenge Of Insecurity25-11-2015  Freedom Of Information Act And The Fight Against Corruption15-11-2015  Can Wike Survive A Re-run In Rivers State? (2)8-8-2015  Ogoni Clean Up, Buhari And The Force Of ExampleMore...