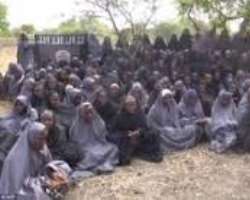 The recent trip of the Nigeria’s Chief of Army staff, Lt. General Tukur Yusuf Buratai was an interesting eye opener for me. He was invited to speak on the war against terror in Nigeria by the Atlantic Council and the Virginia Military Institute – two reputable organisations with whom I share many years of relationship and collaboration. I was delighted that despite his busy schedules in Nigeria, he found time for the trip to tell Nigeria’s own side of the story.

It was a long and turbulent flight for me – my worst flight in the last two years. But that is a different story for another day. All I wanted was to meet the man who has been a subject of many interesting media commentaries lately and listen to him first-hand. I arrived the United States a few days before the event and quickly connected with the organisers. I had not met the Chief of Army Staff in person so out of a bit of curiosity, I decided to join a team of Nigerian officials in Washington DC to receive him at the Dulles International Airport, Virginia.

It was a long wait at the airport as the flight was slightly delayed. Like a typical Nigerian civilian, I had my own ideas of what an infantry soldier should look like – stern looking, no-nonsense, even wicked man without blood in their veins. To my greatest disappointment, I found out that Gen. Buratai was none of those.

He came across as calm, calculated and surprisingly jovial. It took me a little while to adjust myself from previous perception to what is now current reality. How come? Back at his hotel, I listened to him deliver a speech extemporaneously after a small reception organised in his honour back in the hotel. After such a long flight, I was taken aback how he almost turned the comment to a lecture, remembering to recognize the contribution of everybody in the room.

Really! I know that to come before such a man is never easy, but I strongly recommend that those who want to make conclusions about him should first listen to him before they do so. I know how difficult it is to impress me, and my earlier presumptions might have sold me out, but Gen. Buratai made me and every Nigerian who attended his sessions in DC proud.

But his positive disposition and demeanour cannot not in any way diminish the fact that he has tough challenges leading an asymmetric warfare against some ruthless insurgents. Boko Haram remains a dark spot on the history and image of this nation. There are those who insist that these insurgents have been defeated – maybe – broadly speaking.

However, I prefer to say that their capability to conduct very successful attacks have been considerably degraded. There was a time in this country when these insurgents were capturing territories every day and boldly hoisting their tattered flags. I remember when the fear of bomb attacks even in Abuja and other major cities in this country was the beginning of wisdom.

I remember one day around early 2014 when I packed my black car to buy some banana somewhere around the Wuse area and people started running including the sellers. I was taken aback only to realize that I was wearing a black shirt and had not shaved my beards for some days.

It was that bad. People lived in palpable fear and suspicion waiting for when the next bomb would go off. Nigerians have not forgotten the days of ‘tactical manoeuvre’ when our soldiers mysteriously found their way into Cameroon allegedly after confronting superior firepower. All those are now history, at least for some time now, and we must give due credit to Gen. Buratai and his men.

In the minds of many Nigerians and international observers, one important milestone to signal the complete defeat of these terrorists will be rescuing the young school girls abducted from Chibok. As a father, I am often moved to tears when I listen to the account of escapees or imagine the fate of those still in captivity. I connect fully with the agony of their parents and the new wave of protests for their release.

I assume that this government is taking those protests seriously, especially knowing how it reverberates amongst the international community. I remember the level of pressure generated by the Bring-Back-Our-Girlsmovement in 2014, and will imagine that those networks still exist. While I am not capable of commentingon rumours about negotiations and alleged shifting of goal posts by the terrorists, I still believe that the girls will be rescued. Indeed, my concern is no longer whether the girls will come back, but that they come back alive and I will explain why.

From what we know, one of the remaining locations where the terrorists may probably be hiding is in the Sambisa Forest. I had wondered why invading this evil forest still remain a challenge, until I listened to the Chief of Army Staff. The terrain is so difficult that it is impossible to move into the forest with heavy duty military equipment orto land, especially during the rainy season. That is probably why the insurgents consider it a safe haven. One trick that terrorists play all over the world is to embed themselves in communities and insulate themselves with soft civilian targets, especially women and children. Now, assuming these Chibok girls are still held in the Sambisa Forest, the challenge will now be how to get them out safely. To achieve this the Nigerian Army must be allowed the technical cooperation and international support to overcome any challenges of technical deficiencies. Part of this will be to purchase use of precision surveillance combat equipment that can provide hi-tech solutions. Similar equipment have already been deployed in places like the Gaza strip in Isreal and elsewhere. Solutions such as airborne reconnaissance systems, unmanned aircraft systems, if effectively deployed, can isolate targets and reduce civilian casualties.

I am aware that several forms of international cooperation that is possible have been hampered by alleged human rights abuses against the Nigerian military under the restrictions of the US Leahy Law. Although there have been moves in the past to deliberate on the issues on human rights, I saw the visit of the Chief of Army Staff as an opportunity to put the discussion into context.

My view is that human rights are sacrosanct and must remain so, but I wouldalso want to take a more holistic approach. I support the need to caution in making sure that harmless civilians are not mistaken as terrorists. However, I insist that no one can talk about the human rights of insurgents while ignoring the rights of the soldiers and the detained girls. Terrorists by their nature do not respect the rights of anybody, then why must their own be respected.

I find it objectionable that the potential areas of technical support to the Nigerian military are currently being hampered by the ban imposed under the auspices of the Leahy Law. This is an area that I think supporters and campaigners for Bring-Back-Our-Girlsmust urgently turn their attention to. The feasibility and practicality of bringing back our girlsalive, lie partly in their ability to mobilize their networks globally in support of increased technical cooperation to the Nigerian army. The Nigerian army may be doing their best under a challenging situation, but it is clear that they cannot do it alone. They need our help to bring our daughters back and urgently too.

Disclaimer: "The views/contents expressed in this article are the sole responsibility of the author(s) and do not necessarily reflect those of The Nigerian Voice. The Nigerian Voice will not be responsible or liable for any inaccurate or incorrect statements contained in this article."
Articles by Uche Igwe
6-12-2015  Abuja’s Increasing Challenge Of Insecurity25-11-2015  Freedom Of Information Act And The Fight Against Corruption15-11-2015  Can Wike Survive A Re-run In Rivers State? (2)8-8-2015  Ogoni Clean Up, Buhari And The Force Of Example8-4-2015  Can Rivers State Afford To Be In The Opposition?More...