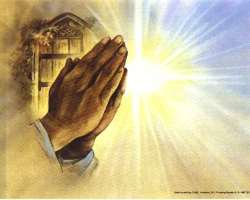 Yes, God can suspend any law, any process or procedure just to bless His own or fulfill His ultimate purpose. Like the Americans will always boast that they are the makers and breakers of secret codes. God, Jehovah; the God of Israel is the maker and keeper of all natural and spiritual laws and He can suspend any at will.

Remember, I am saying that He will set aside the usual to give us the unusual this year.And I am already hearing the sound of praise for what He is doing in the spirit. Listen, God said that He has blessed us. And when He talks like this, nothing, I mean nothing can stop Him. I heard Him clearly on this. Begin now to rejoice for it is our year of breaking through the protocol. Praise God!

Look at what happened at the Pool of Bethesda in John chapter five. The sick man lying there had almost everything against him before Jesus stepped into the situation. Listen, he was sick. He had an infirmity. That is, he had lost his limbs. He was disabled. He had stayed in that terrible condition for thirty-eight years.

He had nobody to help him in any way. He was surrounded by other sick people – blind, lame and the paralyzed. He was close to the house of mercy (Bethesda) without receiving mercy, blessing, help, healing or miracles. He had given up hope, resigned to fate and definitely waiting for death, and it was on a Sabbath day. Everything was against him. Everything was negative. My God! But Jesus; the master of all situations suddenly showed up. God will surely show up for you this time in the mighty name of Jesus! Yes, He will.

There are some of you who are already tired of the situation you find yourself. You have given up hope. Others are even tired of living. True! Some are now contemplating suicide. No, don't! God is bringing back sweetness into your life. Yes, it will happen. The power behind this message will bring it to pass. He is the Almighty God, the power behind the creation. He that creates things out of nothing! He said that even if what you are asking for is not in existence, He will create it. True!

Look at that man, everything was tightly against him, but God of possibilities stepped in and changed the situation. Jesus will always make the difference. He will overrule all those reports against you. I have always seen Him doing this and He will also do same for you. Within minutes this man's thirty-eight years sorrow, pain, unfavorable report, lack and loss of opportunities, hopelessness and helplessness were turned into jubilation. I am hearing the sound of the praise that will flow from you this year as those things holding you back give way. Listen, “…Jesus told him, Stand up, pick up your sleeping mat, and walk!' Instantly, the man was healed...' John 5:1-11 He rolled up the mat and began to walk! I command you to rise now! Stand up! Till next week, God bless!


Rev. Agbo is the author of the book Power of Midnight Prayer and also a minister with the Assemblies of God Nigeria. Tel: 08037113283. E-mail: [email protected]