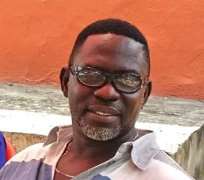 "If a country is to be corruption free and become a nation of beautiful minds, I strongly feel there are three key societal members who can make a difference. They are the father, the mother and the teacher," said A. P. J. Abdul Kalam who lived from October 15, 1931 to July 27, 2015, known as son of a boatman who became the "Missile Man of India," the "People's President," and a beloved icon for India's youth.

Juxtaposing to that, most people are no longer interested to live an upright life because they have been either bamboozled by life or history, but this certainly is not what Dr. Raymond Ugba Ikemefuna Morphy is letting the world to know; he frowns at crude behaviours no matter the negative or positive lessons of life.

To the bamboozled, he or she may see it as simply too painful to acknowledge the fact that Morphy resigned from an appointment offered to him by the Cross Rivers State Government recently hinging his angst on what he said was the opaque government that characterized his home state.

Morphy, who is known for his Londoners way of reasoning is a man of many parts that range from cattle ranching, accountancy, project and strategy management, transformational leadership to media and communications, where he has put in about 35 years. He once published the Summit, based in Abuja.

On July 18 2016, the dude tendered his resignation letter from the Office of Special Adviser to the Governor of Cross River State on Strategy and National Contact. But a proof of his act when he said that pressure was mounted on him by friends and family members to detail the reason for his resignation was published on his Facebook timeline on 30 July.

It was a John Steinbeck that said, “Power does not corrupt. Fear corrupts... perhaps the fear of a loss of power.” This is the lesson that the world might learn from the aesthetic Morphy who was not afraid to lose his position in the Cross River Government but actually not his power to frown at wrongdoings, nepotism and brickbats.

Morphy cried that he could not be part of a government where he never received any assignment or mandate yet he had received his remuneration from the government for 4 months, whereas there were the civil servants who put in their best, but were yet to be paid.

In this stead, one was reminded of Edward Gibbon's "The Decline and Fall of the Roman Empire", saying, “The various modes of worship which prevailed in the Roman world were all considered by the people as equally true; by the philosopher as equally false; and by the magistrate as equally useful.”

To the philosopher and mystic poet like Morphy, the government he served, not paying civil servants, perhaps, for months, was immoral with the behaviour and he would not be part of that.

In his words, “Added to that is that any adviser worth his salt has no reason to remain in office if his advice is neither considered nor even reckoned with. This is even more imperative if the principal is obviously not performing as well as he could have!”

This singular act by Morphy has shown that he is not the archetypal politician who spends millions of money creating image, but by simply doing the needful, the needed image would be created by the society. Morphy has created a good image by his resignation and may be likened to a student of Mahatma Gandhi.

Mohandas Karamchand Gandhi, commonly known as Mahatma Gandhi, was the preeminent leader of Indian nationalism in British-ruled India. He published a list he called and is known today as “the Seven Social Sins” in his weekly newspaper Young India, saying they are politics without principles, wealth without work, pleasure without conscience, knowledge without character, commerce without morality, science without humanity, and worship without sacrifice.

Unlike the typical Nigerian politician who thinks that creating image with billions of money is supreme, Morphy sees that behaviour as shallow, and lacks substance.

Maybe, being worried by his wards against his resignation decision, on August 6 2016, Morphy posted on his timeline, “How can I serve in tainted administration when I myself formulated and led ANCOR Revolution, the official anti corruption campaign of the EFCC; an effort that we served in with vigor and commitment and with great anti corruption personalities such as Debo Adeniran. No way will I be found amongst the corrupt.”

You might think that Morphy is weird or an iconoclast but he knows himself better when upon the opulence that smells around him, on returning from London to base in Nigeria, he did not only donate a hostel to a catholic church in Jos, he decided to ride a Tricycle (Keke Napep) round the towns and villages of his home state to have a feel of them.

Giving reason for his action, the baffled Morphy said, “I am back and I had a lot of fun today cruising the city as a keke Operator! Lots of fun carrying passengers to their destinations and then refusing their money.

Come and see surprise, consternation, wonderment and even fear! Moreover, I had a blast speaking to passengers with an Oxford accent. Some pitied me when I told them I just returned from UK and since I had no job, I took to keke riding. Come and see sympathy. Ordinary Nigerians are truly kind and loving people! God bless you all for your kind hearts!”

Morphy said that his resignation from the government didn’t mean that he wouldn’t serve his state and his people to the best of his knowledge, but certainly not in a corrupt government.

He added that his late father, Chief I. I. Morphy would unquestionably be against him seeing that he is part of any person or group “whose credibility and integrity is in question.” He said that he is a student of Light, and he must continue to hold himself to the uppermost ethical prevailing.

Odimegwu Onwumere is a Rivers State based poet, writer and consultant. He won in the digital category, Nordica Media Merit Awards 2016, Lagos; and the International Award for Excellence in Journalism 2016, Geneva. Email: [email protected]