OBAMA GETS OFF ROPE-A-DOPE 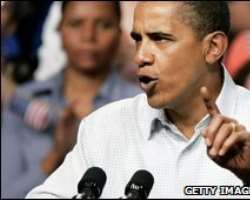 Poor Obama, he does not even have a golden foot in his mouth but they beat him black and blue anyway. Each shellacking he got was like a pin on those that still believe in him. There are still some of those left. They claim Obama was on Rope-A-Dope so that they can knock themselves out. Well, another version of what late Texas Senator Lloyd Bentsen said about Kennedy to Dan Quale: We know Mohammed Ali. Mohammed Ali is our friend. Mr. President, you are not Mohammed Ali. Politics is different from boxing.

It got to a point, people were asking for Hilary Clinton. Anytime Obama is in trouble, we want to know if Hilary Clinton is still available. The fact is, the Republicans cannot wait to get their hands on Hilary. They wore the “Right Wing Conspiracy” she called them as an honor. These days, they have even moved further to the Right. If nobody wished them on Bill Clinton during that saga, why would we want them on poor Hilary?

Nevertheless, Obama took so much abuse, Republicans even gloat that they had him good and got away with more than ninety-eight percent of what they wanted. It makes people wonder if Obama is really a Chicago politician or it is the compromise he said is in his genes that overcame him. Chicago politicians are known for rough play and are proud of it. Obama also did some rough play in Chicago. Not this time as a President.

Needless to say, it makes liberals mad like hell. The man is just ready to submit before negotiation starts. By trying to place himself at the center as expected, Obama has been dragged to the Right leaving Democrats panting with anger. They say he is craving for Independents votes like Clinton did. When Jimmy Carter danced too much to the Right, Edward Kennedy challenged him in the primary. Though Carter joked that he whooped his ass, they lost the big fight to Ronald Reagan. Democrats may have learned from it.

The fact that everyone in the economic circles worldwide, is afraid to call tax by its name, including Ms. Lagarde of IMF call for caution, demonstrate how far conservatives have captured the political ideology in their favor. They call it all kinds of names but not taxes. They call it income tax reform, revenue enhancement, fees or balanced approach to deficit. The conservatives are revolting because their claim is paying too much tax when in actual fact, they are paying less than they have ever paid in the United States.

Canada suddenly came up as a country where businesses pay lower taxes. This is the same Canada they trash its Healthcare, where their social services have been compared to that of socialist Europe. These cherry picks must not go on without adequate answer from Obama if he wants to be reelected. They talk about Germany as if it is not part of the same socialist Europe where the Union is strong compared to Republican governors trying to break Union because Unions have increased number of middleclass in America.

Warren Buffet could not hold it in any longer. He begged the tax dodgers to please not cuddle the rich to death. Most of the rich people switched their income to dividends so that they can pay less or no payroll taxes that is lower than all the countries they cry about. Some of the American companies made their headquarters offshore as far as Belgium, another socialist Europe since they could not hide in Bermuda anymore. The only problem is that they still need America for their life style and to sell their products.

Looking at Obama potential challengers from the Republican Party, we see the latest from Texas. They are not hard to spot by starting with their prayers asking us to close our eyes so that they can clean us out. The same prayer they used to bless the slaves, serfs and working class that their reward is in heaven, that bless us before going to wars, and condemn gays for bringing aids to themselves, abortions of any issue so that the children can be deprived of nutrition and education. Their God is not our God.

Texas has now become the miracle state even when Massachusetts, New York, New Mexico, Vermont and Montana have lower unemployment. Massachusetts, Vermont and New York Unions, social and health services have not brought the governments down. Texas took first backwards in percentage of population uninsured and last in percentage of low income population covered by Medicaid, lowest employer based health insurance and per capita spending on Medicaid and mental health. They have the most minimum wagers .Yet they have a governor that want to showcase the state.

Governor Perry of Texas need not pity African Americans and Hispanics with higher unemployment in America. You better watch out if you are one of those, your chance of being criminalized is highest in Texas. It is the number one execution capital and one of the highest dropout rates for juveniles; with the greatest number incarcerated in adult prisons. But good business for oil companies with big Federal corporate welfare and Texas also comes first in the number of inmates shipped to private for-profit prisons. This will be a good deterrent for those walking on the part of crime, not for those innocent until proven guilty or wayward children that should be rehabilitated.

The old Obama with a fighting spirit is missed and he needs to come out swinging back like Mohammed Ali and stinging Republicans like a bee. The independent voters both parties are after also like a fighting spirit and someone they can rely on his stand. As USA get closer to 2012 Election, Obama has to come up with a Job Bill by making the rich and the tax dodgers pay more as shared sacrifice. Every respectable economist has called for it. Otherwise another recession will kill Obama's chances for second term.

Obama must take at least $5 billion from money paid back from stimulus for new hiring of at least 250,000 or more low-income Americans that will spend it on needs quickly and additional money from anywhere to repair infrastructure and increase demand in the jobless economy. It will be far better than the minimum wage economy created for migrants in Texas without giving them social or healthcare as their children drop out of school into the criminal system. All the stimulus big business got, they still sit on it and refuse to lend to small business or hire people. It does not prevent fat salary though.

If we think taxes on the rich and powerful especially those that use money to make money without producing any tangible products, is sacred. Then we are calling for and inviting another recession. Of course they will blame it on Obama. They held the world economy hostage with debt ceiling and blame it on Obama. The financial market was brought to its knees, by lack of overdue reform, they blame Obama. Now they want to kill the same financial and other regulations after fighting to weaken it.