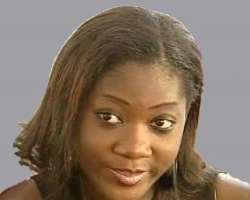 Mercy Johnson: Settle Down Now And Forever
Listen to article

It has been said that the traditional wedding of the screen delectable actress, Mercy Johnson comes up 17th August, the same day her birth day falls. This screen queen and the sexiest girl in Nollywood is no doubt a talented artiste, with an immeasurable aspiration. She is a rare talent that has brought envy to the world for actresses, a beauty so rich for use, with her beaming chuckles that could heal the earth and even make a celibate break his vow.

Johnson who came to limelight in the film industry about five years ago has been many times wrongfully sidelined as an act only good for emotional roles. Some say that she dresses quack, while others jealous her physique, wrongly. But even if we should agree with the detractors, is her ability to shed tears common? Who in the film industry could change her facial expression to fit in any mood a role requires if not Mercy Johnson? Bad people peddle bad publicity!

When asked in an interview to explain how it has been with her and negative reports, Mercy Johnson said that for sometime now, it's really been frustrating, and that she guesses some people are really trying to frustrate her. But she thinks it's just a small price to pay for what she gets. It's a little price to pay for everything she gets as Mercy Johnson. The negative side is alarming and heart-breaking, but the positive side still carries much weight.

When asked to explain what defines a sexy woman, she said that she thinks being sexy is not all about beauty. It's not about exposing yourself unnecessarily. Being sexy is a personal thing. It's what a particular person portrays in everything she does. Someone might have a sexy way of talking, or a sexy way of appealing to people. A woman appeals to people in different ways. Being sexy in itself is large. You can't quantify it.

One Maureen Layokun talked about the beauty of Mercy Johnson, saying that, beauty is in the eyes of the beholder. Therefore, what some people may see as offensive might be the reason for Mercy's value. Let's face it, the law of gravity must set in whether we like it or not – a woman's beautiful fleshy bulbs must one day turn droopy but that does not change the person. What Mercy needs now is to invest more on plunge and balconette bras... after all, the points she is lacking at her top region, she has more than made up for at her backside. Mercy, keep your head up high, and keep doing what you do best...

Nigerians can't say that they don't love her acting! A lot of people have said and many are saying that she should keep it up. She kills many philanderers with her features; something in her that many women have gone for artificial surgery for. Her figure has turned many men to sudden prayer warriors, all, in a bid to have a woman like Mercy in physique. Mercy even knew that she is beautifully wonderful when she said in an interview thus: "...My brothers are so 'sweet', just like my sisters…”

Though, an adult that is capable of taking her own decisions, but it is imperative that Mercy Johnson is advised against taking any form of pride or fame into her marriage. The film industry should be differentiated from marriage. She should know that marriage is beyond wedding.

Many Nollywood ladies are today shamelessly proud of being divorcees, turning bad role models to our good young girls. Some of these husband heartbreakers say that they are now married to Jesus. And one asks, if a woman cannot be submissive to her husband, how can she be submissive to Jesus, let alone, marrying to Him? Please, Mercy should eschew being one of them, tommorow. And she should do anything possible to make her marriage work.

Mercy Johnson should be a total woman to her husband (as she is in appearance) and maintain a status that at home, there are rules and regulations. Her man should not be for her an insult laboratory.

She should maintain her statement in an interview when asked, “Are you really ready to give up your career for a man?” And she answered: Well, you get to a stage, where you have to make some decisions. That is the stage I am now. If I have to give up acting for my marriage, I will. I have paid my dues. This is Africa, where some things have to be done. And in this industry you have to leave the crown for others to wear too. So if you let go of love, because you want to wear the crown, what if you don't get it anymore? It is not as if I have made up my mind sorely, but if that is what I have to do, I will.

Let Mercy Johnson know that Nigerians will not be interested in the past rumours surrounding her immediately she is married but all eyes will now be interested and beam on her to know whether she will be acting in a manner that will make her hubby always happy just as she acts on the screen that has lured many fans to her. But on the part of her husband, he should leave Mercy Johnson to be acting, for the sake of her numerous fans, who enjoys her on the screen, while he enjoys her behind the screen.