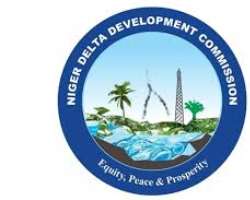 Crude oil or the black gold was first discovered in Oloibiri in the present day Bayelsa state in 1956 four years to the nation’s political independence. Some political analysts have opined that if this discovery had come much earlier, the British would not have left the country but we would have had a metamorphosis of what occurred in South Africa where you have white citizens.

The initial discovery didn’t mean much as the value was not any better than the groundnut pyramids of the north, coal of the east and palm oil of the west.

It was after the successful prosecution of the civil war that the value of the black gold shot up astronomically. So much funds came into the Nigerian coffers that the then Military Head of State, General Yakubu Gowon made a famous remark that the problem of the country wasn’t money but how to spend it.

Ironically, the region where this oil was drilled from – the Niger Delta became one if not the nation’s most impoverished. The multinationals moved in with the speed of light and desecrated their farmlands and rivers rendering the inhabitants economically impotent as their two major sources of revenue – farming and fishing were annihilated.

The criminal neglect by successive governments both military and civilian inadvertently led to the struggle for self determination of the area by activists for a fairer deal.

It was the struggle for a better Niger Delta that shot Ken Saro-Wiwa to global prominence which made him and eight other comrades pay the Supreme price in the hands of the then maximum dark googled ruler, General Sani Abacha.

The return of the country to democracy in 1999 after a sixteen year military hiatus brought a ray of hope to the troubled region when the then President Olusegun Obasanjo set up the Niger Delta Development Commission (NDDC) in response to the demands by the region’s leaders for the government to develop the place.

The establishment of the agency aimed at developing the region coincided with the time when the Niger Delta states were getting thirteen percent derivation from crude oil and pundits opined that at last the much needed development will come to the zone.

There are nine states that make up the NDDC – the six states of the south-south region as well as Ondo, Abia and Imo. The optimism was that since the management of the commission will be headed by Niger Deltans, they will be altruistic enough to ensure that they use the commission to bring home the bacon for their people.

Twenty years down the line, the commission has tragically not lived up to its much touted promise as it is the haven for sleaze and all manner of financial impropriety that has done nothing but increase the sufferings of the Man on the Clapham Omnibus in the beleaguered Niger Delta region that ironically produces the goose that lays the golden eggs of the nation.

The top brass in the commission have been reckless with the way and manner they disbursed public funds. Overinflated contracts, the highest case of abandoned projects in the country and mind boggling corruption running into billions of dollars have made nonsense of whatever good intentions Obasanjo had for the region when he established it two decades ago.

The allegations made by Gbene Joi Nunieh, a former Managing Director of the Interim Management Committee of the Commission against the Minister for the Niger Delta Affairs, Senator Godswill Obot Akpabio where she alleged that the minister dipped his hands into the commission’s funds is rather tragic. One would have expected that the anti-corruption posturing of this government would have made the President suspend him pending the probe of the allegations by the joint committee of the National Assembly. Alas Akpabio seems to be a sacred cow since he was among the financiers of the President’s second term bid and he also needed to be compensated for his 2019 senatorial loss.

Last Thursday, Chairman of the House of Representatives Investigation Committee Olubunmi Tunji-Ojo said documents at the panel’s disposal showed that the agency spent N81.5 billion and not N40 billion during the said period between January and May this year under the leadership of Professor Kemebradikumo Pondei. The Professor ‘fainted’ during the proceedings reminding us of the hilarious moment that erstwhile Senator Dino Melaye gave us in the upper chamber. Why is the so called ‘Giant of Africa’ with feet of clay so cursed with her choice of leaders?

Akpabio was initially combative during his interrogations by the House of Representatives Committee only for him to recant that he never said that the parliamentarians were contractors.

In a decent clime, he would have been forced to resign and face criminal prosecution from the prosecuting authorities but alas we are in a banana republic where anything goes.

I opine that a forensic audit should be done from year 2000 till date and those found guilty of dipping their hands into the till should be made to face the music. It is high time we strengthen our fight against the hydra headed monster of corruption. The judiciary has been made a laughing stock as it grants all manner of ridiculous ex parte orders to shield the big crooks from prosecution.

There is even crisis of confidence in the NDDC probe by the House of Representatives as the initial probe Chairman, Tunji Ojo excused himself from the committee because he was an interested party. How hilarious! We need to get serious in this country and cease being the laughing stock among the international community of nations.

It’s laughable that about 1.5 billion naira was spent by the commission on covid 19 palliatives for members of staff and more comical for Akpabio to opine that Nunieh had four husbands while ignoring the root cause of the allegations leveled against him.

Nigeria should stop being a cruel joke and our leaders should take governance seriously. Ompadec, the precursor to the NDDC was scrapped, Petroleum Trust Fund which Buhari headed under Abacha came under the hammer. I think it is in the best interest of Nigerians especially the Niger Deltans for the NDDC to also go as well as it has long outlived its usefulness since it is now a monumental hub of graft.

Once again Buhari should do the needful by relieving Akpabio of his ministerial duties so that he can be appropriately sanctioned if found guilty. Prof Pondei should also be grilled again by the House and if possible the Senate as the ‘fainting’ is one surreptitious way of plotting an escape from probity and accountability.

In an era where the price of crude oil has collapsed in the international market and some governments have resorted to borrowing to pay salaries, the NDDC should be scrapped forthwith to cut cost and to ensure that the Niger Deltans are not short changed ad infinitum.

Buhari should for once take charge and do the needful!