5G and other Tales 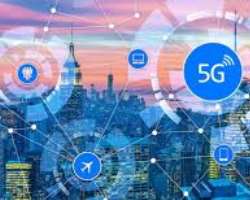 The industrial revolution which made the United Kingdom the most powerful nation on earth in the 19th century experienced a very stiff opposition from the factory workers and their union leaders.

The Luddites as the aforementioned were called fiercely resisted the industrialization as their fear was that the new machines would render them jobless. They fought with all their might the factory owners who they saw as evil as they wanted to hurriedly replace their labour with those of machines in a jiffy while they smile to the banks.

Nothing can stop an idea whose time has come goes the old age aphorism by Victor Hugo and the Luddites were roundly crushed by the tide of the age.

Not long after, some residents of London opposed the bid by the government to put street lights in the city. That also was roundly defeated.

There have been rumours awash in the new media that there is a link of the 5G to the dreaded corona virus. The rumour mongers went on to town to say that the major raison d’etre by the government in locking down the city is that they want to lay down the cables for the 5G. This rumour was accentuated by the popular Founder of Christ Embassy, Pastor Chris Oyakhilome who lent credence to the thinking that went viral on the new and social media.

Some Christian fanatics went on to opine that the end of the world was near quoting the Book of Revelations in the Holy Bible that the presence of the anti-Christ or the beast had come in the 5G. Their theory was that a micro chip would be implanted in every human being which was akin to the 666 number for the beast. This opinion is now the new mantra especially among the ill informed hoi polloi or proles who have access to cheap data which has made them an ‘authority’ of anything scientific.

The Nigerian Communications Commission (NCC) has come out repeatedly to debunk the 5G theory. They have told the public that there are no cables of the genre in the country and that there is no nexus between 5G and corona virus.

The 5G theory is a brazen attempt to demonize China who is the major promoter of it. The once poor nation which is now standing shoulder to shoulder to Uncle Sam is feared for its growing influence in all spheres of life especially with its sturdy presence in the African continent which was hitherto the playground of the west.

There is nothing permanent in life and change is the only thing which is constant and predictable. Once upon a time there was the 1G, then 2G, 3G and now 4G. Why didn’t these inventions cause a worldwide ailment or come with the insertion of a bodily chip?

The old sayings that ‘If you think Education is expensive then try ignorance’ comes to play tragically here. Why should the 5G which will make the internet usage super fast be the source of hatred and nauseating misunderstanding? Why the link between one of the best inventions of man and the dreaded virus from Wuhan? How tragic!

The 5G is a hundred times faster than the 4G and can download 10 gigabits per second. Think of the numerous things that we do online – the downloading of movies, books, music, the use of the internet for browsing etc. The speed of this will make the internet a much more attractive thing to use. Think of the snail speed internet on some occasions that is our pain! All this will be history with the introduction of the 5G.

Why do mortals especially lesser minds resist change when it is one of the few things in the life of man that is as constant as the Northern star apologies to William Shakespeare?

Technology is not a bad thing even though it has some side effects. However the gains far outweigh the pains and so it is imperative that there must be a mass education of the masses that the 5G is indeed a blessing to the globe and it will be for their ultimate interest in liberating themselves from the stranglehold of poverty and destitution. The National Orientation Agency should see this as an opportunity to embark on a gargantuan education of the have nots and even some of the haves who have bought into the ridiculous school of thought. This is the 21stcentury and we cannot still be behaving like cave men or else we will be left behind and be forced to spend the rest of our lives in playing catch up.

Thought leaders and opinion moulders should also not be left out in this mass education process as the same China that is being condemned is according to the rumour mills developing the 6G. If this is true it means that the 5G would enjoy a very short span in the market before it will be rendered obsolete no sooner than later.

I wonder how the generations yet unborn will view us when they read the tales of the hatred for the 5G which they may not even see in their lifetime.

Let’s work assiduously together to ridding the nation of ignorance which is the forerunner of many societal ills.

We hope that the covid 19 becomes history soon; it is inevitable that the 5G has come to stay as the ludicrousness of the masses cannot stop it.

Let us embrace technological innovation which is ironically in the best interest of the Man on the Clapham Omnibus.