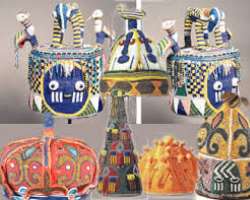 Once upon a time in the Yoruba history, the traditional rulers or Obas as they were broadly called were so powerful that they could point to any girl or lady they desired for marriage and she will be theirs for the taking.

In the pre-colonial times the Obas were extremely powerful with the womenfolk being totally under their loin clothes.

The Oloris as the wives were called were to be seen and not heard and it was a great privilege to be an Olori that many young maidens did unthinkable and unspeakable things just to be found worthy of the King’s life long presence.

Then came colonialism which ‘opened’ the eyes of women as it subtly told them that they were equal to men. The criticism against polygamy started here even before the formation of the United Nations in 1945 which gave verve to the global ‘gender equality.’

We recall the ‘heroine’ efforts of the late Olufunmilayo Ransome-Kuti, the mother of the irrepressible Fela Anikulapo-Kuti mobilized many of her fellow market women in Egbaland and chased out the then Oba Ladapo Ademola in 1948 who was the Alake of Egbaland for exorbitant taxation. The then septuagenarian Alake was to live in exile for two years before being allowed to return to the throne of his ancestors in 1950. Before then we had the Aba women’s riots of 1929 led by indomitable women of Aba against one warrant chief Osugo who unjustly imposed high and harsh taxes on them. Women were now no more confined to the Kitchens and market places; their voice was beginning to be loudly heard in town.

The womenfolk in the Oba’s palaces had their independence bolstered when the most populous nation in black Africa gained independence from her colonial masters in 1960.

We recall the fate of the former Deji of Akure, Oba Oluwadare Adesina Adepoju who was deposed simply because he beat up his wife in public. What was this world really turning into? A whole Oba could be deposed because he raised his hands against a wife on whom he paid her bride price? This was indeed one of the wonders of the world. Has modernization or westernization made our Obas so soft? Has gender equality taken away the right of our Obas to deal with their women in their harem as they so pleased?

The likes of flamboyant Obas like Adesoji Aderemi Atobatele who reigned as the Ooni of Ife from 1930 to 1980 had a harem and obviously could have disciplined them the way he deemed fit without the public raising an eye brow as to what he did in private. It was unthinkable for a whole Ooni to be dethroned simply because an errant wife made him lose his temper and he used his fists to settle his personal scores with her. How are the mighty indeed fallen! It seems the feminists and apologists of gender equality have made our Obas as soft as jelly fishes.

What do you make of the current Ooni of Ife, Adeyeye Ogunwusi Ojaja II being divorced from his Edo born wife Queen Zainab Obanor who even made a public show of it by announcing it for the whole world to see that it was she who divorced the supposed most revered monarch of Yorubaland.

The Ooni was even gracious enough to be a monogamist at a time when lesser mortals were polygamists. To make matters worse, he was divorced like a commoner by a foreign wife who even rejoiced that she was finally free from his encumbrances.

Recently, the Oluwo of Iwo, Oba Abdulrasheed Akanbi issued a public statement that he had divorced his Jamaican wife, Ms.Chanel Chin due to irreconcilable differences. How ridiculous and hilarious!

In the good old days, did our Obas divorce their wives and make it public? Were their wives given such prominence in the divorce proceedings? Were there even ever any divorcees in the palaces to begin with? Who would dare marry the divorced wife of the powerful Oba? Which mortal would dare such even if she was the most beautiful woman on the planet? Who would want a modern reincarnation of the ten year war that was fought because Paris loved the beautiful King’s wife, Helen who was the then most beautiful woman in the globe?

The only inevitable thing in life is change and it is clear that our once revered traditional rulers have now been reduced to wimps by the advocates of modern day living. Who knows what next is in store for these traditional rulers? Maybe one day, feminists would cry foul that only men are allowed to reign which shouldn’t be so for gender parity. We may soon have the case where there would be female Obas in the name of modernization.

We await what next the future holds for our once highly esteemed traditional institution. Will the feminists have their way in sweeping reforms?

Over to you time!
Tony Ademiluyi writes from Lagos and edits www.africanbard.com