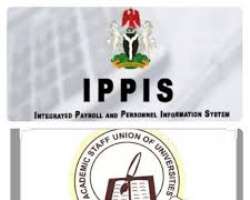 The locust years of military rule dealt a crippling blow to the nation’s educational system. Before independence, the University of Ibadan which was previously affiliated to the University College London was a Mecca of sorts for academics and students from all over the world. Foreign students interested in knowing more about Africa berthed there as well as academics who wanted to do their sabbatical on African soil. The other first generation universities like the University of Lagos fondly referred to as the school of first choice and the nation’s pride, University of Nigeria Nsukka, University of Ife now Obafemi Awolowo University and the Ahmadu Bello University were ranked globally as competitive institutions of higher learning.

These schools alongside the second generation universities and the ones to follow were dealt a gargantuan blow – lack of funding, strikes, interference with the appointment of the Vice-Chancellor, dearth of research are among some of the challenges that the schools are grappling with.

There is a common practice of many academics in teaching in more than one institution at the same time on a full time basis. The academics cite the poor state of the economy as the reason for their decision.

The practice is morally wrong as the innocent students, most of who went through hell and high water to pay their fees are short changed. Research which is a core function of academics the world over also suffers a great backlash.

The essence of the Integrated Payroll and Personnel Information Systems (IPPIS) is to stop this unwholesome practice so that academics can only identify with one higher institution where they will be paid their salaries.

ASUU has been vehemently resisting this citing the lack of concern on the part of the government to be committed to the tertiary institutions.

To be fair, ASUU has a point as the budgetary allocation to the educational sector falls way below the recommended twenty-six percent by the United Nations Educational and Scientific Organization (UNESCO). There is also the indiscriminate award of university licenses without a corresponding quality assurance check on those mushroom schools.

However, two wrongs don’t make a right. When two elephants fight, the grass suffers and the grass in this scenario is the hapless students who bear the brunt of the wrong actions and inactions of the two main actors.

For starters, it is high time ASUU is disbanded as they have outlived their usefulness. The universities should be run according to the dictates of a free market economy as is done abroad. The unionization of higher education is doing more harm than good. It belonged to the Marxist era which has long collapsed – the aftermath of the fall of the Berlin wall in 1989. It has no place in the 21st century. The universities should then be run on a public-private partnership with the private sector leading the course. Fund managers should be allowed to manage the endowment grants and funds from school fees and the rest to ensure that funding becomes a thing of the past. The Vice-Chancellor should not necessarily be an academic just as in the same way hospital administrators abroad are not necessarily doctors. The VC should preferably come from the private sector and should set the agenda for the smooth running of the universities. The professors should concentrate and channel their energies towards their core mandates of teaching and research. The scramble and battle for political positions especially the VC is a huge distraction which shouldn’t be allowed to subsist in the best interest of the students who in reality are the only customers and they have every right to be treated like royalty.

Let’s take a critical look at the telecommunications sector and juxtapose it with the educational. In 2001, the former was liberalized and two major players – MTN and Econet wireless came in. In 2004, Globacom berthed and they were the ones that introduced the per billing second which forced the rates of call tariffs to go drastically down. Etisalat now 9 mobile arrived in 2007 and they came with their own bunch of goodies. NITEL, the government parastatal that held Nigerians to ransom for decades was also in the market through its GSM arm, MTEL. Today, who uses MTEL? They have been chased out of the market through a fierce competition.

ASUU can be likened to MTEL; its high time market forces hounded them out of the student’s lives for good. The government has no business being in the business of education. Apologists contend that they are there to subsidize it but that is all hogwash and balderdash. Do you keep on subsidizing a poisonous meal? Won’t the ‘beneficiary’ perish one day? No Nigerian institution is in the first hundred in the globe. None attracts foreign academics or students. None gets massive research grants from international donor foundations that have a deep interest in education. For how long will we continue like this?

We need to replicate the gains of the telecoms sector to education. Agreed, the school fees may be rather high for a while but let’s cast our minds back to when GSM lines first came out. They were very expensive. Today, it’s within the reach of a secondary school student. That is the same change we need in our educational system. The market forces will crash down the price of school fees. Even if it doesn’t do so, there will be the attraction of student loans, scholarships, grants, financial aid etc that will ensure that every indigent student gets a shot at having a sound education. Afterall, education doesn’t come cheap in the west where our rulers send their offspring and minions to but there aforementioned ways in subsidizing it are all there.

The government should stand its ground and resist every attempt by ASUU at emotional blackmail for the swift implementation of the IPPIS. For once, the students should be recognized as the real Kings and Queens.