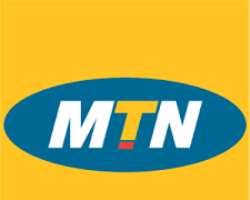 How time flies! Prior to the liberalization of the telecommunications sector by the administration of former President Olusegun Obasanjo, it was a status symbol to own a landline. The Nigerian Telecommunications Limited (NITEL) were demi gods as they had the monopoly and often abused their excessive powers. They will cut your line at will and force you to pay exorbitant fees to have it reconnected. Possessing a phone was a status symbol as many will trek for miles just to make or receive a call from their loved ones.

Then came the large mobile phones which were very big in size. They were very expensive and most owners who owned it will talk at the top of their voices to show the whole world that they had finally ‘arrived.’

In 2001, the sector was liberalized which saw the entry of MTN and Econet now Airtel into the virgin market. Nigerian Business Mogul, Dr. Mike Adenuga wanted to also enter the fresh market through his Consolidated Investments Limited (CIL) but he couldn’t get the license after paying the non refundable $20 million. He would later come in three years later with Globacom.

It is instructive to note that NITEL also arrived into the market with MTEL which soon folded up as they couldn't compete in the fiercely competitive market which is a testimony to the power of a free market economy.

MTN is the Nigerian market leader possessing 37 percent of the entire market share with 64.7 million active lines. They have been responsive to change from the beginning. When Globacom came up with a price crash war with the per second billing, MTN also responded by driving down their prices. They have done so many promos to retain old customers and attract new ones. Their marketing strategy has been working relatively well as they have been the market leader in Nigeria from day one despite the stiff competition from the other telcos.

They have also had their rough times too. They had to pay over three hundred billion naira as a fine for their unregistered sim cards to the Nigerian Communications Commission. The fine was initially over a trillion but a gentleman’s agreement reduced it to what they finally ended up paying. This fine obviously made deep inroads into their finances but being the resilient company that they are, they bounced back and are still the market leaders.

They are present in twelve countries in Africa and the Middle East and are either the market leaders or first runner up in any country they find themselves in.

Voice revenue has been on the steep decline for years and the telecommunications giant wants to messaging, mobile money and messaging to stay relevant and profitable.

In November last year, MTN and Francophone Orange collaborated to enter into the highly saturated mobile money space through the creation of Mowali. They launched in Tanzania and have rapidly expanded into Ethiopia and Angola.

According to Rob Shuter, the Group CEO, he disclosed that the telco is now offering fintech services in fourteen countries with four more in the pipeline. He also admitted that the two largest markets were South Africa and Nigeria.

In August this year, they obtained a super agent license and have become more ambitious as they seek to apply for a payments banking license which will provide the much needed platform for the launching of data, financial and other streaming services.

They have also surreptitiously copied the Apple strategy by wanting to play into the hardware market. They recently aligned with South African based Mobicel to go into the production of a $20 smart phone to accelerate their quest to fully enter the digital space.

Shuter also said: “Formal banking and financial services adoption will also move from one-third to two-thirds and we will ride on the back of that internet adoption. Then we will be able to provide an attractive return profile. We are well-posit­ioned for the long term, our asset realisation programme is on track as we rebalance the portfolio and we are improving our leverage.”

In line with its current fintech space strategy, it has been getting rid of all its businesses that aren’t in line with this new reality. They have axed their investment fund, their online travel booking company, travel start and some tower company investments.

According to Hannes van den Berg, co-head of South African equity at Investec Asset Management: “MTN’s free cash flow per share is lower than the dividend being paid out, which means they’re funding some of the dividend from their balance sheet. That is concerning, though management believes the one-offs will pass and the operational health of the business warrants it. The amount of dollar-denom­inated debt is also worrying, given the rand’s weakness,”

It is crystal clear that MTN has robust ambitions and plans to greatly the scope of its operations and enter into hitherto new markets. Let’s see if these expansion plans will add a massive positive impact to their bottom line.