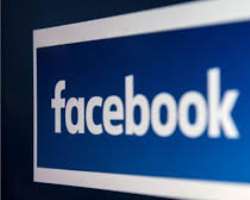 Human beings have always been social animals right from time immemorial. The age-long cliché ‘No man is an island’ rings true and aptly describe interaction among mortals while on this planet.

Technological advances in the 20th century which led to the advent of the internet ushered in the era of the social media which has aided greatly in connecting individuals all over the globe.

The first social media networking site was Six Degrees which was founded in 1997. It enabled the users make friends with other users and upload their profiles there. I wonder where they are now as they seem to have been confined to the dustbin of social media history.

Then came Hi 5 which was an instant hit especially among young users but like a candle in the wind, it quickly fizzled out in popularity among the rather fickled minded users. Myspace was the next to ignite the fire before its sale in 2009 to News Corp owned by Rupert Murdoch who later offloaded it for a loss a few years later to Viant for a mere $35 million.

In 2004 came Facebook which has been the most successful of the lot in its fifteen years of existence. So successful is it that it boasts of well over one billion users and its CEO, Mark Zuckerberg is the world’s fifth wealthiest man at barely thirty-five. All the co-founders with the exception of one are all billionaires and it has created billionaire employees most notably Sheryll Sandberg, its Chief Operating Officer who was poached from Google as well as numerous shareholders who have raked in billions simply from wisely investing in it. Its mission statement is to make the world more open and it boasts of having a diversity and inclusiveness policy which caters to the interests of the minorities.

Business Insider first broke the story of the subtle racial discrimination most suffered by blacks that exist in the company. The medium post from twelve current and former employees’ detailed incidents opining that morale has sunk to an all time low since Mark Luckie first published a Facebook post about the blatant discrimination that exists in the Silicon Valley tech giant.

An anonymous post went thus: “We may be smiling. We may post on Instagram with industry influencers and celebrities. We may use the IG ‘Share Black Stories’ filter and be featured on marketing pieces. We may embrace each other and share how happy we are to have the opportunity to work with a company that impacts nearly three billion people,” the anonymous memo says. “On the inside, we are sad. Angry. Oppressed. Depressed. And treated every day through the micro and macro aggressions as if we do not belong here.”

The highly revealing post went to say how a black manager was asked to clean up after they all had breakfast. Blacks were alleged to have been treated as ‘aggressive’, ‘angry’ and ‘abnormal’ and they work in an extremely hostile environment which stifles people of colour especially the black employees.

Managers focus on negative feedback, criticize how black employees speak in meetings or inform employees they should be more reserved and respectful. On Blind, the app that allows Facebook employees to post anonymous experiences, black employees say they are treated with aggression by their colleagues according to an expose monitored by the USA today.

The black employees are nearly always writing and sharing their horrible experiences anonymously as they fear for their jobs.

These reports should be a cause for concern for Mark Zuckerberg who has never failed to tell the world of his commitment to making the world more open. So committed is he to this cause that he has lobbying China endlessly who has successfully kept the social media network away from their country to allow them operate there. Three years ago, he made a highly publicized visit to Africa especially to Nigeria and shortly afterwards the social media giant included the Hausa language –arguably the nation’s most spoken indigenous language into its list of languages.

It will be tragic if this discrimination is allowed to go on without any proper investigations and sanctions for the guilty parties to serve as a deterrent to other racists.

The United States has made significant gains from the heady days of the 1950’s which saw the brave agitations by Rev Martin Luther King Jr, Malcolm X, Louis Farrakhan, Rosa Parks etc which culminated in the election of Barack Obama as the nation’s first black President in 2008. These gains made by the black community must be thoroughly reflected in the employment composition at Facebook so that its mission statement of more openness doesn’t end up as mere hypocritical gobbledygook.

A loud nay should be said to black discrimination as the world has progressed beyond the embers of hate.