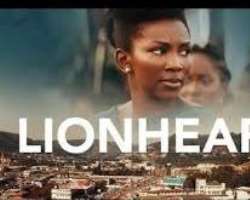 My relationship with nollywood movies is one of love – hate. I find them rather pedestrian as I can predict the end by merely watching the first few minutes of the movie. Despite my anger after watching the movies, I still feel irascibly drawn to them. My experience is akin to a drug addict who knows the destruction he is embarking on by sniffing them but the lure of the few minutes thrill cannot just make him stop the fatal habit.

Like many patriotic Nigerians, I was extremely happy when I heard of the news that Genevieve Nnaji’s movie ‘Lionheart’ was acquired by Netflix – the world’s largest streaming service. It was a big boost for our movie sector as the international community had finally taken notice of it. Given the fact that the industry grew in leaps and bounds without any government backing, it was huge cause to clink the glasses amidst the loud popping of the finest of champagne.

When the movie was nominated for the highly prestigious Oscar awards after the Toronto film festival, I made it one of my prayer points for it to win.

I don’t usually go out of my way to purchase Nigerian movies as I make do with what Africa magic showcases even though they are notorious for the regular repetition of movies. With the Netflix acquisition I went out of my way for the first time to purchase it but sadly I wasn’t successful with my quest.

I received the news of the rejection of it by the Oscar committee with sadness as I hoped it will be the first Nigerian movie to win the coveted awards.

Their reason was that it was done mostly in the English language with a little sprinkling of Igbo.

After Nigeria was granted political independence by the United Kingdom in 1960, Professor Chinua Achebe was asked whether he would write in his native Igbo language. He responded that he would continue writing in English language but he would localize it as much as possible to reflect the deep African culture. His first book and evergreen Classic "Things Fall Apart’ written in 1958 when he was barely twenty-eight years old was a true reflection of his bid to reflect the rich African culture and heritage in his writings.

Genevieve Nnaji who made her directorial debut with this movie was also in this same dilemma. Her response to its disqualification reflected the catch-22 situation that post colonial African artists face. In her words:“This movie represents the way we speak as Nigerians. This includes English which acts as a bridge between the 500+ language spoken in our country; thereby making us #OneNigeria,” she wrote, adding in another tweet : “It’s no different to how French connects communities in former French colonies. We did not choose who colonized us. As ever, this film and many like it, is proudly Nigerian.”

If she had chosen to make the film in exclusively Igbo language, it would have greatly limited the audience despite the translations as most potential viewers would have been put off with the language barrier.

English which is the lingua franca is a unifying force in the nation that is multi lingual. I totally agree that Pidgin English is more of a linguistic rallying force as it’s spoken by all and sundry – literate and unlettered alike but even at that it is still a variant of the English language. Moreover you also have to consider the fact that many millennials do not fluently speak any Nigerian language no thanks to the side effects of westernalization. There are even fears by many linguists of the possibility of the extinction of many native languages due to its long non usage.

Ms. Nnaji is a businesswoman driven primarily by commercial interests and she was savvy enough to produce and direct the movie using the language most clearly understood by the generality of Nigerians.

If Chimamanda Ngozi Adichie’s works can be globally accepted to reflect the African culture despite her not writing in the Igbo language which would have severely limited her oeuvres, why should the hypocritical Oscar committee thumb its nose down Nnaji’s work? The same west gave the Nobel Prize to Professor Wole Soyinka on October 16, 1986 with the majority of his works written in the English language.

I admire Ms. Nnaji for standing her grounds and defending her creative baby despite the subtle pressure by the committee to make her shift grounds.

A critic of her who is a friend of mine pointed my attention to Ngugi Wa Thiongo writing in his native Gikuyu at the height of his cultural nationalism. I told him point blank that the Kenyan writer was based in the United States where he was earning his bread teaching African literature in English language. Much as I share the plight of cultural activists, the reality is that globalization has made it impossible to do away with the foreign languages especially English which is now the lingua franca of the world.

The Oscar committee should preach diversity and inclusiveness which the English language portends to help unite Nigerians.

The rejection by them isn’t the end of the world and I hope that the Netflix acquisition should spur her to do great things with her new found calling of movie production and directing. You win some and lose some.