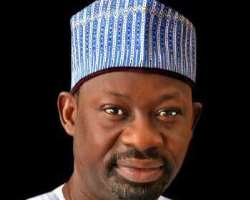 In addition, the State’s irrigation farming project located at Mangoro Kaba in the Garu District of Nafada Local Government Area, a border and remote village between Gombe and Yobe States, is a copious testimony to Dankwambo’s commitment to agriculture and the fact that the governor has deliberately spread state presence to even the remotest parts of Gombe State.

It is the same thing with one of the biggest cattle markets in Nigeria, the Kuri cattle market in Yalmatu/Deba LG. Cattle are usually loaded from here to several parts of the country. The state government intervention in that market which includes massive erosion control measures, expansive fencing, provision of security and a link bridge between that very remote area of Gombe and the rest of Nigeria has greatly improved business activities which was experiencing a lull due to lack of access, erosion and insecurity. The days when trailer loads of cattle used to fall with its attendant consequences on the people of the area due to the absence of a bridge, cattle rustling and other misfortunes that used to befall the herdsmen are over.

The health sector is another area the Gombe helmsman has made his indlible mark. Following the need to drastically cut down the infant and maternal mortality rates in the state, Dankwambo has established a new and well-equipped Mother & Child Hospital which has been completed and awaiting commissioning, to cater for the special needs of women and children at delivery and afterwards.

Kaltungo LGA is home to some species of venomous snakes which have claimed the lives of residents in the past. In order to stem the ugly tide, Dankwambo showed the humane part of him when he braved the odds and established yet another specialist hospital also in that remote area, this time, the Snake Bite Treatment and Research Centre. Patients are brought in from areas even as far as Cameroon for treatment. Since then, snake bite incidents and fatalities from them have reduced almost to the point of non-occurrence as the Centre also carries out research whose results have helped to control activities of the venomous reptiles.

It is for reasons of the foregoing that many now consider Gombe a miracle and are wishing Dankwambo could deploy the same expertise at a higher level, for, in their thinking, if he could perform this miracle in Gombe, what then will he not do when given a higher platform with more resources to serve?

To cap it all, in this era where governors seem to have found it convenient to owe workers their salaries under one excuse or the other, Gombe, the least federal allocation beneficiary has and keeps paying its workers up to date!

The simple lesson from Gombe is this: if Gombe can work, it means Nigeria can also work. All we need are selfless and inspired leaders like Dr Ibrahim Hassan Dankwambo to take up the mantle and lead Nigeria out of wilderness to the Promised Land, for if he could do all this when the wood is dry, what will he not do when it is green? (Concluded)