There Is Little Parents Can Do About Young Lovers 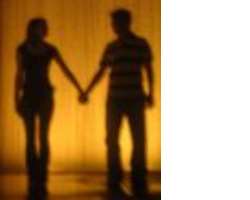 It goes beyond lovers, its youth culture. There is certain class of boys you do not want near your daughters. It is easier to talk to a son about bad girls than to talk to a daughter about bad boys. Most parents warn them on shady characters before they are old enough to practice or venture into it. It comes as one of the general subjects about good and evil players. If parents lay down rules without practicing them, it damages our credibility and children see through our hypocrisy.

When my niece graduated we were looking forward to meet the parents of her best friend, the mom that had taken care of her as a single parent did not even show up, not to mention the estranged dad. We had to ask my niece what happened to her friend’s mom. This lady had been there for her daughter making sure she met many of her needs in college. If her dad ever visited, we did not know. One would think her mother would be her number one fan at the graduation.

It turned out the mother ignored her after trying without success to break her relationship with her boyfriend. This boy is from a neighboring village in whom the mother was not well pleased. In these days when most parents would be happy to see their daughter marry someone close to home or an African, the mother could not stand a boy from the neighboring village! There had to be more to it than we knew. The point is that youths are difficult to control these days.

We cannot accept how easy our dearest falls for the other guy. Of course my niece took side with her friend. As parents we can imagine how deeply wounded the mother must have been and how much the daughter was willing to give up for her future husband, if they made it up to that stage. The disappointments are common among parents regarding at least one of ours.

Some parents can turn it into abuse. Young love or first crush can be so intoxicating, it defies common sense and maturity. It is best approached as a counselor than as parent. Approaching it as a friend when you are a parent can be too liberal but it works for some. The problem with that is that children do not understand it is in their own interest, they think you are just over protective or overbearing. As counselor, relatives can play both roles, as the situation demands.

There was this little girl of about eighteen years old on two hours flight seating beside me. She was very friendly and talkative. Very intelligent for her age, but figured that her parents must be waiting for her somewhere. No, she said. Her mother was far behind us watching intensively but she told me not to pay attention to mom. She reminded me of my own daughter around the same age. As I glanced to nod at the mom, she gave me a dirty look. Wow, what did I do?

The mother was very pretty. As we got off the plane, she was surprised how politely I greeted her despite the dirty look she gave me. Anyway the three of us got into conversation only for her to realized we were talking about the best universities to attend. The mother warmed up more and wanted to know everything about me. We exchanged numbers but I decided to cut them off as contacts, the plane company was enough.

Apparently, she had no commanding hold to stop her daughter from speaking to a black man so freely or had the fear her daughter might rebel against such move. One has to wonder what the father could have done. Tell her to stop speaking to an older guy, a black man or stop trying to pick up a guy only to find out it had nothing to do with friendship but free counsel on college. Whatever move either of them could have made based on suspicion could have backfired.

Before another friend filed for bankruptcy, his lawyer managed to pass some of his money to two adult children from his business. At the end of the case, he needed some money because he was broke. He could not even pay some of his utilities and taxes. He went to his first son who was well off with two luxury cars for him and one for the girl he later married. They have good jobs too. Dad could not get his money back, not even to borrow so he could pay his bills.

My friend was disappointed; he blamed his son’s wife who he had warmed him not to marry. His daughter was so broke, she moved back home after a disturbing relationship with a guy she had moved in moved in with, against the advice of her dad. He left her broke and pregnant.

One incident we will never forget was when my son was told by the mother to stay away from “those” people. He shot back at the mother – the whole country? Mom that is prejudice! When he left, I said to the mother – I told you to be careful about what you tell them. This was not because I could not have made the same mistake but we have to be careful. When we are reminded of our natural individual prejudices; we must be aware of it to work hard against it.

Children and young people have a great sense of wright and wrong and are willing to question hypocrisy that is contrary to a sense of justice. It is the reason young minds have a better sense of fairness those adults. We can rationalize it away in our older years to gain privilege we know would not be ours but by denying others. As we get older, we realize that enjoying privilege makes it harder to give up.

We may not understand how these children could be so different from the way we were brought up. The similarity between children born in Diaspora and those in upper middleclass in Africa is striking. They expect so much from their parents but only some give back. Indeed, the children of the poor are more grateful to their parents than those of the rich. It could also have something to do with how easy it is to loot in a country. But what about hardworking parents?

If you invest your entire pension on these children, just don’t expect all back. They have enough on their plates. Young people always try to make us understand that our old ways worked for our time but not in their time. Privileges and young love have replaced traditional relationships.