The Challenge of the Nigerian Voter 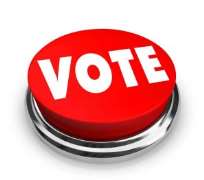 Nigeria has more or less been defined these days as a paradox. The country is very rich in mineral and solid resources. In addition to vast oil wells and gas deposits, many of the states that make up the country have large deposits of gold, coal, zinc, iron ore, barite, talc, gypsum, betonite, salt, kaolin, glass-sand, limestone, bitumen, manganese, uranium, clay, lignite, dolomite, phosphate, marble, granite among many other solid minerals. They also have such precious metals as ruby, aquamarine, emerald, tourmaline, topaz, garnet, amethyst, zircon and fluorspar which are among the best in the world.

But despite all these natural endowments, nearly 90% of Nigerian citizens live below the poverty level. The country's oil wealth has become more of a curse than a blessing to the vast majority of the people. Every week people die in their hundreds, struggling and fighting for a share of the wealth that comes from oil. And at every given opportunity, seemingly helpless Nigerians express their disgust and disappointment in what they see as the abysmal failure of the leaderships of their country.

The fact is that it will be futile to put the blame on the doorstep of any single Nigerian. As it is said, a people will always have the type of leadership they deserve. The emphasis here is on the word “deserve”. And the case of Nigeria is not different.

Nigerians tend to blame Britain for their social, economic and political failures. Those who trade this preposterous propaganda seem to forget that even Britain was once a Roman colony. Compare Italy with Britain today. The economic and political differences are obvious. So, Nigerians should stop mourning and get to the drawing board. Surely, they have only themselves to blame if they fail to put their acts together to create a more prosperous, egalitarian and just society.

Indeed, it is curious that Nigerians generally believe that the root cause of their problems is corruption – the cancer that has so deeply eaten into the socio-political fabric of the nation. But in the real sense, corruption is not the cause of their plight. Their problem is political, and it hinges on two words – “use” and “abuse” - of their franchise.

Nigerians have just a few weeks to a most eagerly awaited Presidential election. The voters must have known that their vote is their power and that it is the most important tool in the democratic process. To what extent, then, are they ready to use their franchise rightly? That is the question. The argument is that if they use rather than abuse their voting right, they will produce a credible political class. A credible political class will address the issue of the nation's mass poverty in the midst of plenty as a matter of political expediency.

Nigerians have suffered enough from an oppressive socio-political system which recommends itself as a tool that helps greedy politicians milk the national economy dry. In these few remaining days, Nigerian voters must be made to correctly read the hand-writing on the wall of their country's democratic evolution. The writing sends an urgent message. It shows that if there is going to be peace in the country, there is a great need for them to vote the right way, for the right candidates. It is not only desirable. It has become imperative.

The prevailing situation is that leaders of political parties arrive at the wards during campaign with huge envelopes stuffed with millions of naira. The ward executives are offered these huge sums. They are requested to share the money out to prospective voters. In that case, some get a few millions, some a few thousands, some a few hundreds and some, nothing at-all. But they all are expected to cast their votes, and they do. In such a way they mortgage the future of their children and grandchildren for their pot of porridge. That process has come to be known as "politics of stomach loyalty". Some Nigerians refer to the development as “politics of stomach infrastructure”. Whatever it is called, it is in essence an abuse of the people's voting power. And, if they vote that way, they get what they bargained for at the end of the day. The politicians who paid them "up-front" get into public office and they begin to syphon public funds in order to recoup money they claim they spent for election. Who was there to know how much they spent? But by the time you know it, there is no more money left to do even the basic things a government should be able to do for its people. Everyone waits for the next election period.

This has somehow become the pattern. Nigerian politicians convince themselves that communities at the ward level will always accept money to vote. And they are largely proved right by the way ward executives direct their ward members to vote. Greedy politicians capitalize on this understanding. As a result, selfish, and incompetent administrators find themselves in public offices. Later the voters begin to cry foul.

Nigerian voters can change this psyche of their political class if they elect the right executives into the ward offices – credible men and women, tried and tested, and widely known within their communities to be incorruptible. In a proper democratic set-up, chairmanship of the ward is the most important political office. So, for the Nigerian experience to be worth the while, the voters must start by electing ward executives who are head and shoulders above corruption into public office.

Before the election proper, these ward executives must effectively hold series of meetings with the grassroots voters in their community. Together, they must map out their community's strategy for meeting with those parties that seek their mandate for public offices. They must prioritize their community's needs and discuss these fully with their political clients. The ward executives must send the message crystal clear to the parties concerned that these, and those, are the needs of their community. And they must collectively only vote for the party that agrees with their demands, the party that can deliver on its agreed electoral promises.

In all this, the ward executives must transparently prove to their community that the welfare of families is paramount in the political agenda. I have heard and seen Nigerian politicians campaign. Surprisingly, not one of them has ever mentioned anything about FAMILY in their campaign promises. Not one of them said they would care for poor families, put food on the breakfast table for poor working class families and such people or do something about stopping teenage Nigerians from exposing their lives to danger by hawking akara, moi-moi, banana, pure water, minerals and such commodities in an attempt to help their poor families have some food to eat. All the politicians talk about is "good road, electricity, airport" and so on. We make haste to ask: where do Nigerian politicians rank their poor down-trodden masses? This is the challenge of the Nigerian voters. As they cast their votes for their future leader, they must not forget that a people will always get the type of leaders they deserve!