The agility of youth and the wisdom of old age 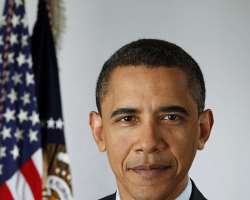 So many writers have done so many stories about the civil war that broke out in Nigeria between 1967 and 1970. In the war, sadly, at least 3 million people lost their lives. Properties worth trillions of naira were destroyed. It is more than 45 years since. 45 years and still, strong echoes of the war persist, represented by the continued agitation for the actualisation of the Republic of Biafra by citizens of the old Eastern Nigeria. The echoes refuse to go away.

In the Northern parts of the country, Islamist Boko Haram jihadists who are said to be agitating for an Islamist Nation where Sharia Law would hold sway have kept on killing, maiming and destroying every imaginable obstacle on their way, including the Nigerian military. But that will be the story for another day, the second part of our story.

Today, at least we should recognise that among some of the more important issues that currently face the Nigerian authorities is the fact that when the Republic of Biafra was declared in 1967, the nation was recognised by some foreign countries who felt sympathetic towards the cause of Biafrans. They included France, Tanzania, Central African Republic and Gabon among others.

If we take a cursory look at the people who are mainly agitating for the breakup of Nigeria today, we observe that most of them fall within the age bracket of under-50s. They may have seen or their parents must have told them in their childhood days how unjust the Nigerians had become in their dealings with the Igbo of Eastern Nigeria, if the things that happened in those days which eventually led to the war were any facts to go by. Today, their leader, Nnamdi Kanu, is in detention. He has been in detention for over a year now. The bails granted him by the courts have been flagrantly flouted by government agencies – which also depicts Nigeria’s level of democracy under the watch of an ex-military general.

In its November 13, 2015 edition, Sahara Reporters carried the story of a revelation that was about to be made then as a court in France allowed a family member of the Gabonese President, Ali Bongo Ondimba, to view the birth certificate of the President after accusations flew in his face that he lied about where he was born. As the August 2016 Presidential elections in Gabon were fast approaching then, rumours and controversies stirred up over Ali Bongo’s birthplace. His political opponents said he falsified his birth certificate to hide the fact that he was adopted from Biafra during the Nigerian civil war. That accusation was based on the fact that he was said to have been born 18 months before his father, the late President Bongo, married. But the court ruled in his favour. And only two months ago, he was re-elected for a second tenure as President of Gabon.

Almost the same thing happened in America. President Obama faced the same issue of where he was born at the height of his campaign for a second tenure. President-elect Donald Trump kept hammering the point that Obama was not born in America, that he falsified his birth certificate and that he should be prosecuted for that. Not until the President made public his birth certificate did the matter come to closure.

That is as important as birth certificates can be.
In recent times, some prominent Igbo politicians are said to have discussed the possibility of releasing Mr Kanu from detention with President Buhari. But Kanu remains still locked up as his case comes up in a few days. There is an Igbo adage which says it is agility that belongs to the youth and wisdom is the prerogative of old age. In applying this adage, we will take the internationally recognised standard that all those Nigerians who are under 65 years of age, that is, those who are not yet “senior citizens” of Nigeria can be categorised as the youth of the country while all those who come above the age of 65 are regarded as the elderly people and senior citizens of the country.

So, we see from the way the agitation for Biafra is taking shape, it is obvious that the youths of former Eastern Nigeria are keen on playing their part in this struggle for self actualisation. They are vociferous. They are articulate. They are united in their quest. They are determined.

This means that the senior Nigerian citizens of Igbo extract need to get things going on in the right direction in Nigeria. They must be more committed in their involvement in shaping the future of a united Nigeria.

For instance, why is the Nigerian government afraid of holding a plebiscite so that Nigerians generally can say their mind about Biafra and the Igbo, as was done in the UK which led to Brexit or as was done in the Sudan which resulted in the sovereignty of Southern Sudan? What is the essence of democracy if people of different shades of opinion or culture cannot sit down and dialogue on the future of their people? Why must odd bed-fellows be forced to sleep together if, in the opinion of one of them, they are incompatible? Why, for instance, would President Buhari say the unity of Nigeria is not negotiable? He could have said that as a military general. Many of us know that in a true democracy the unity of any organisation should be negotiable if any of the parties concerned is unhappy.

Although, I would not like to mention names here, it is obvious that the Igbo have elderly men and women of calibre who can simply walk into the United Nations Assembly (as the late Ken Saro-Wiwa did during his time) and make a strong case for the creation or re-creation of Biafra. But they have not done so. They have not done so, because in a very important sense, the Igbo have continued to be the ones who have had to make all the sacrifice to keep Nigeria together as the giant of Africa.

Studying the Nigerian situation closely, I have come to notice that Nigerians are actually living in two different worlds – of true and fake democracy. I partly mentioned that in my last article titled “Don’t Let Nigeria’s Democracy Collapse” when I spoke about ‘elected dictatorships’.

In one world, the one I belong to, someone does you a favour. You are grateful. You say something like, “O my God! You saved me, really. Ah. What could I have done without you?” And the one who favoured you says, “Never mind. That’s little. I mean, what are relationships for?” In this scenario, the giver is happy to give and the receiver is happy to receive. And it tallies with what my father taught me in his days that “no man is encouraged to do better if the good he does is not appreciated.”

In the other world, which I am still trying to grapple with at my age, someone does you a favour. You try to find a way to hide the truth that he did you a favour. You even take it upon yourself to hurt him so he doesn’t realise he did you a favour. You are afraid he will take the shine from you. You want the glory of what is achieved to come to you alone. You literally steal the show. In this scenario, the man who gives is not happy to give again, and the man who receives is not very comfortable as he is permanently on the defensive and as he consistently looks over his shoulders, unsure of what next.

I think this is what is obtaining in the Nigerian political landscape. If those who benefit from the oil, gas and solid mineral deposits which their land does not produce can be more charitable with those whose land produces these things, I am sure there won’t be any issues of odd bed-fellows to talk about. The Nigerian government will not be afraid of holding a nation-wide plebiscite to determine the wish of the vast majority of the Nigerian people about Biafra or about the Caliphate for that matter. And what I think is that President Buhari and Igbo and Northern leaders should summon up courage to resolve these issues, combining the agility of the youths with the wisdom of old age.

Disclaimer: "The views/contents expressed in this article are the sole responsibility of the author(s) and do not necessarily reflect those of The Nigerian Voice. The Nigerian Voice will not be responsible or liable for any inaccurate or incorrect statements contained in this article."
Articles by Emeka Asinugo
12-9-2017  Lessons From The Arab Awakening29-8-2017  Dr. Paul Unongo And That Gmb Order To Crush20-6-2017  We Must Rise To Their Challenge10-4-2017  Letter To A Friend: We Are In Trouble16-11-2016  The World Is WatchingMore...