Terrorism threat, fighting and chaos in the town of Jeddo. 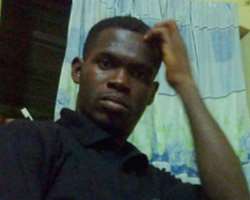 The Okpẹ clan is an Okpẹ speaking people of Delta central senatorial district, Delta state of Nigeria. They are apparently a huge and a very powerful, peaceful and one of the best administrative-straight-forward clan in Delta state. The head of all the clans, Orodje Okpẹ, His Royal Majesty, Major Gen. Felix Mujakperuo (Rtd.), members of Udogun Okpẹ, Okpẹ traditional council and other key players in the kingdom in a referendum, among other decisions, agreed on the ousting of illegal immigrants from the kingdom.

Before now, there have been security issues surrounding Jeddo and its environs, especially since Jeddo is behind Warri Refinery and Petrochemical Company (WRPC) and Nigeria Gas Company (NGC), given the threats of possibly bombing WRPC which will have serial effects on Jeddo. Security has been beefed up for some times now at the WRPC and the NGC but, effecting a bomb blast on WRPC or NGC will not just take place overnight; therefore, towns and villages surrounding WRPC and NGC may be probable base for these terrorist. Consequently, the need to oust illegal immigrant is inevitable. The decision to eject illegal immigrants also became imperative as locals are reportedly being attacked in their farmlands and work places distant from town.

The announcement of the referendum was dispatched to the various communities making up the Okpẹ kingdom by the Orodje Okpẹ himself on his august visit to these communities. Of course, differences among town leaders are nothing new; while some supported the referendum, others opposed it. Several town heads in the Okpẹ kingdom acted in defiance to the referendum of ejecting illegal immigrant from Okpẹ probably as a result of the cheap labour these illegal immigrants render.

The reluctance to effect this referendum is leading to terror threat, fighting and chaos in several villages and towns of Okpẹ. The most recent of these is happening in the Okpẹ town of Jeddo. An anonymous eye witness in a comment to a facebook post revealed that there was a disagreement between a local and an illegal immigrant. The source has it that when the illegal immigrant could not stand the argument that ensued, he resorted to use a dagger on the helpless local, attacking him on several occasions. When the local finally managed to escape, the locals launched a reprisal attack at a quarter closed to the Catholic church in Jeddo, where Hausas, Fulanis and other immigrants from Niger are occupying; this lead to fighting and chaos.

At this point, standing on the decision of ousting illegal immigrants, the leadership of Jeddo community insisted on the ejection of the troublesome illegal immigrants out of Jeddo. Although, security agents were called on to arrest the situation, terrorism still looms in the town of Jeddo and its environs.

Disclaimer: "The views/contents expressed in this article are the sole responsibility of the author(s) and do not necessarily reflect those of The Nigerian Voice. The Nigerian Voice will not be responsible or liable for any inaccurate or incorrect statements contained in this article."
Articles by Oyibo Ediri Carl
1-10-2015  The Opprobrium Of President Muhammad Buhari’s Independence Speech, The Way Forward For Nigeria At He19-2-2015  Political Conspiracy And The Disconfiguration Of Nigeria: Goodluck Jonathan Must Continue15-10-2014  Bring Am, We Get Change: Why Bassey Emmanuel Must Be Sacked26-8-2013  Apc Goes To Tribunal... Daring Into The Future.