APC goes to tribunal... daring into the future. 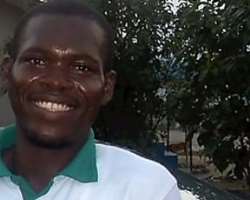 “APC goes to tribunal... says just concluded general election is a total fraud”. This will be the headline of numerous newspapers' front page and the chant of news headlines of TV and radio houses come 2015. Papers will sell, tribunal chair and members will rake in millions, APC will still loose at the tribunals at the end; the cycle of corruption continues.

A solitarily barefaced facet of Nigerian elections is that we can easily envisage both pre-election and post-election realities. This often revolves around electoral violence, ballot box snatching and stuffing, logistics questions and challenging of results at tribunals among others. Overall, a haplessly helpless situation is what it otherwise seems.

The recycling of a corrupt system with the view to personal aggrandizement to the detriments of the wailing masses is not new in the face of Nigeria. From leaders clothed in khaki to those clothed in 'adagba'. We understand that our own prominently once 'khakied' Buhari is now a democrat in adagba. We understand too that IBB and his likes are now democrats too. Someone once said of taking the man out of the military and taking the military out of the man; which is possible, the someone never made clear. Anyway, we are all Nigerians. It is quite conspicuous that a never-once-khakied leader has failed(?) the nation already, an adagbad once-khakied man also failed; who and what logo to campaign and subsequently stamp a inked-thumb for in the next election is delusive but the future is so enticing since some prophetic Nigerians like me are waiting to witness the realities of their prophecies. 1999, 2003, 2007 and 2011 general elections were replica of 1979, 1983 and 1993 elections in the annals of Nigeria. The only difference is the absence of military intervention in the most recent ones so far. 2015 general elections will also fail to bring the much-needed messiah to salvage the Nigerian situation.

Nigeria is a country where students write tests and score themselves. It is quite true of course that, teachers and fellow students in the class need no scorecards to know the 'agbekpos' and the 'olodos' of the class. The agbekpo/olodo may succeed in deceiving parents and everyone at home but in a matter of time, the truth usually unravels itself. Scorecards should not blindfold us in 2015 but realities should push and prod us into righting wrongs with our votes in 2015; outcome of which is not unpredictable anyway. While some will be basking in a metaphorically euphoric splendour of a failed electioneering system come 2015, others like me would be like "shey I tell una before!?". The future may prove otherwise for someone like me and others like me but the results of 2015 elections will not be farfetched from previous election realities. APC and the others will yet go to the tribunal and be defeated too at last. It will leave us pondering how it all went wrong once more.

Very recently, the interim chair of the newly accredited, accorded 'formidable' APC, Chief Bisi Akande ballistically branded President Goodluck Jonathan as a kindergarten leader who should not be taken seriously. In another speech event, the same Akande said if Goodluck is wary of the so many crises in PDP, he should defect to APC. How should a kindergarten leader defect to become the flagbearer of APC!? Is this not the contradiction of the century!?

We have two political parties in Nigeria, take it or leave it; we only have INEC and TRP (The Ruling Party), which presently happens to be PDP. I must be quick to mention other bunch of ARPs (Aspiring Ruling Parties). TRP's victory is INEC's gains; the reverse is also true. ARPs are either only making money for INEC or in a setup to be known, to get a voice to share in the national cake. Going by the contradictory statements of Akande, two possible ends are involved if Goodluck possibly should defect. It is either APC an ARP will accept Jonathan as its flagbearer, which will attest that the party is so deaf and dumb and unprepared for the realities of the country or Jonathan will only cross over and then face an embarrassment of his life eventually APC refuses him the ticket. Whatever the case may be, this is out-rightly impossibly to happen; although, Akande's statements are in a state of cosmos moroseness given the weight of the electoral cum developmental needs of the country.

So many a times the leadership of this country has gone haywire, the electorates have kept 'blindic', 'deafic' and 'dumbic' silence. We should learn to leave our comfort zones and confront bad governance and unruly politicians cladding the wealth for the development of the country for selfish gains. Until we all wake up to the realities of the numerous apparent problems in the country and fight judiciously for them, we will continue to be routed by our own underdevelopment.

Disclaimer: "The views/contents expressed in this article are the sole responsibility of the author(s) and do not necessarily reflect those of The Nigerian Voice. The Nigerian Voice will not be responsible or liable for any inaccurate or incorrect statements contained in this article."
Articles by Oyibo Ediri Carl
1-10-2015  The Opprobrium Of President Muhammad Buhari’s Independence Speech, The Way Forward For Nigeria At He19-2-2015  Political Conspiracy And The Disconfiguration Of Nigeria: Goodluck Jonathan Must Continue15-10-2014  Bring Am, We Get Change: Why Bassey Emmanuel Must Be Sacked19-6-2014  Terrorism Threat, Fighting And Chaos In The Town Of Jeddo.