Economic Blackmail By Foreigners And Their Protegees 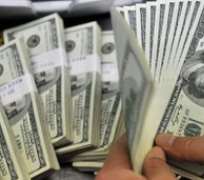 So unless Nigeria opens up its limited foreign reserves to everyone that desires as much foreign goods and services as he wants, the Country is going to blazes. But if the Country exhausts all its foreign reserves, it will be saved from economic ruins? If we are to believe these foreign trained economists, their magazines, newspapers or prostitutes, Nigeria has no choice but to devalue its currency so that it can pay more in local currency for their odious loans, goods and services.

Once Nigeria pays more in devalued naira, goods, services, transportation fare and service loan fees will increase accordingly. Housing and car purchases increase will follow and workers will demand more to meet daily expenses. It is illogical to think that paying more in devalued naira will automatically solve the problem of a market without abundant local products to export.

All foreign loans would need more naira to maintain. As well as foreign goods, housing estates, constructions and infrastructure. In order to pay lenders, more would have to be demanded from users to meet their obligation to buy dollars with devalued naira. These increases would fuel more inflation as workers work harder or take other jobs to pay their rents. More naira would be needed for freely imported food, pencils, secondhand materials; killing local goods.

Manufacturers that need essential raw materials that are not available in Nigeria would have to compete with pencil, water and tooth picks importers paying more devalued naira. If they could not generate enough naira to buy dollars, many would have to close shops, plants and factories. Workers would be laid off increasing the number of people in non-essential markets eking out a living. One would think that these manufacturers would be the first against devaluation.

Yet, some of them are threatening to lay off millions of workers if they do not get their free and open way to buy dollars as they wish as if Nigeria prints American and European currencies. The foreign companies have money in their foreign banks 10 times the amount of African countries’ foreign reserve but they will never reinvest it in Africa. They will rather exhaust the little income these poor African countries have so that they can be destabilized after sucking their blood out.

However, they have another reason for free falling devalued naira. Most of them make so much naira from their undeclared profit in Nigeria, they are ready to buy dollars at any price so that they can export unreported profit as well as profit made in dollars from export. Use different methods of creative accounting where they could hide undeclared profit as expenses. Their foreign and favored local employees are paid so much naira, they could buy dollars at any price.

One of the head of Mobil claimed they could not establish oil refinery as Dagote is planning to because they had to report to their American shareholders with different interest from Dagote. This is a Nigerian Director being manipulated against his own country and must deliver even if the interest of Nigeria is at stake. It gives an insight on how divergent our interests are. They are in Africa to milk us dry and pollute our environment in the process without responsibilities.

Take gas flaring for example. These same oil companies claimed they needed time but many deadlines passed and there was no action. Many African countries had to pass laws against gas flaring because each time they try to work with oil companies, they reneged on their goodwill and promises. They ignore and flaunt these laws while intentionally wasting valuable resources and polluting the environment. They install African directors to further neo-colonism interest.

In order to get hold and exhaust African Country’s foreign reserves, they refused to establish refineries and agricultural farms partnerships to create jobs. They would rather import oil and modified genetic seeds from the farmers in their home countries. Better still, would operate refineries and farms there and import the products into Africa. They are now one step further. They are buying farms in African countries dictating what to grow, the price and where to sell.

What type of PMS, sugar, milk, cocoa or alcohol beverages do they need to import that cannot be refined, grown or established in African countries? They use machines and equipment as excuses. After fifty years, none of these machines and their parts are made locally so that they can have reason to import them and bring glorified mechanic as engineers to service them.

Cocoa and beverage companies that have been in the Country forever are competing with star-up companies for foreign reserves when they should be the source of foreign exchange earners for the Country. The raw materials of most of them are cocoa, sugar, milk. Even those that claim they need wheat or barley for beverages could have established farms across the Country to grow their raw material after all these donkey years. But that will defeat their insidious goal.

They would rather grow wheat in North Africa and import it to Nigeria but if we grow cassava in Nigeria they would only export it to China at their own price. The common mean spirited policy here is their freedom to grow anywhere and export. As long as the country of operation has no control over the movement of currencies. It is their way of beating the currency restriction. Foreign companies get subsidized at Central Bank and use illegal earnings to buy local currency.

Ironically, western politicians decry most of the trade agreements as taking well-paying jobs away from Europeans and Americans. You can imagine what they get away with in Africa where selfish local managers and politicians collude with foreign companies to defraud Nigerians.

None of these companies would dare operate this way at home without bilateral agreement or multilateral agreement. This was the reason European and American local unions campaigned against cheap labors in Asia where they could pay starving wages to maximize their profits. We must give some credit to Asian countries since their governments get cuts in profits from shares in the companies, taxes on profits they must declare to patriotic local managers.