Before Buhari’s age becomes a curse 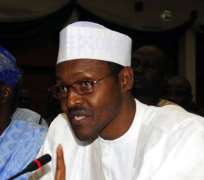 Senior citizens should be treated with respect. It is in our values to revere and respect old people and not to make jokes of them no matter the situation. We are not operating a culture where old age is seen as a crime and the old ones confined in homes where others care for them; it is in our culture that we care for our old people at home, when they could no longer be actively operational.

In that line, the United Nations recognized the importance of old age and formulated ideas to develop policy that would adhere to the aging populations across the globe with a margin that old age begins at 60. This body has even started celebrating the International Day of Older Persons in October. The international body set this aside to acknowledge the contributions that over the 60-line has made to the society.

In 1998 World Day of Older Persons, Kofi Annan as UN Secretary General, declared in his message for, “a society for all ages is a society which, far from caricaturing older people as retired and infirm, considers them on the contrary as agents and beneficiaries of development”. This disclosure was made after an “International Plan of Action on Ageing” was created at the World Assembly on Ageing held by the United Nations in Vienna, Austria, from 26 July to 6 August 1982, and lingers to this day as international tip of suggestion.

However, in the Nigerian politics, as we can observe that General Muhammadu Buhari joined the ring to contest the presidential race, many are wont to saying that he is a man of above 70 and has nothing to contribute in the politics of 21st Century.. The way and manner that those in this line of thought are handling Buhari's age, makes old age to sound like a curse and not actually a blessing.

Even some persons who are above the UN's 60-line join the bandwagon to castigate Buhari for his age. These people forget the known, tested and proven fact that everything old tests fine: Old wine tests fine, old wood burns well, old friends can be trusted. And Buhari may not be exempted!

In a pontifical council for the laity document, titled, "The Dignity of Older People

and their Mission in the Church and in the World", sees the likes of Buhari as those in the “third age”. And they are a large slice of the world's population. Such people are still important to the everyday activities of their societies even though that they may have retired from active employment, but they have tremendous inner resources that the society will benefit from. This is why they are not a curse but referred to as “young old”.

Much as we know, old people are always helpful in a given society to stop selfish, combatant, complex, arrogance, self-centered, envious, competitive... traits that are associated with youths. In Igbo, it is proverbial that why every compound must have an old person is to avert children from catching vulture and mistake it for kite. Old people are good at experience, advising the society around them on financial matters and other traditional rituals among their peoples.

It is incongruous to castigate Buhari because of his age in politics; he should be appraised for taking such a line when many of his ilks are whiling away their time in gossip. In a comment on Yahoo about four years ago, one Barbara Gettinger Stewart, said that it has always seemed to her that foolish young people become foolish old people. However, just by virtue of living a long time, even old foolish people pick up a bit of experience that the younger generation can use.

She continued, saying that people who have lived a long time can remember things that no longer exist; such as typing papers using carbon paper and white out. Adults were feared to an extent, even beloved ones. She said that as she approaches 70, she found herself understanding more and more about those who came before, even some who were quite foolish during their lives. She concludes: All humans have intrinsic worth and the scale goes on from there.

Another commentator said that wherever the Old people are there they take care of the kids, provide them with the inputs of their experience, knowledge and emotional value of family and groom the children as a good, obedient and bright children and Law abiding future citizen. There is an intangible string of emotional attachment among them. When they are happy in the family, they are happy outside and spread happiness to others as well.

This treatise is to support Buhari's age and not actually his person or political ambition. What this means is that we have to understand aging from the biological point of view as well as from the cultural point of view. In our clime, we celebrate the aging process and respect our elders. We should stop making disgusting comments about our aging people, otherwise we are sloping into Western cultures.

According to "7 Cultures That Celebrate Aging And Respect Their Elders", youth in the West is fetishized and the elderly are commonly removed from the community and relegated to hospitals and nursing homes; aging can become a shameful experience. Physical signs of human aging tend to be regarded with distaste, and aging is often depicted in a negative light in popular culture, if it is even depicted at all.

From the Christian perspective, a Billy Graham said that the Scripture is filled with examples of men and women whom God used late in life, often with great impact – men and women who refused to use old age as an excuse to ignore what God wanted them to do. Buhari maintains the maxim by one Aldous Huxley, which suggests that the secret of genius is to carry the spirit of the child into old age, which means never losing your enthusiasm.

It was obvious that Buhari lived a cautious youthful age, because according to Maurice Chevalier: A comfortable old age is the reward of a well-spent youth. Instead of it bringing sad and melancholy prospects of decay, it would give us hopes of eternal youth in a better world.

In summary, according to WikiHow, elderly people are now who you will one day become. Respecting their wisdom, knowledge, grace and fortitude should come second nature to younger generations but it isn't always the case. Sometimes we need reminding of why it is so important to respect our elders for what they have to impart to us that will help ease our journey through life.. They should always be respected like you want them to respect you.