An Open Letter To Yorubas, Please Vote Massively For The Re-Election Of President Jonathan, For It Is In The Best Interests Of The Southwest That You Do 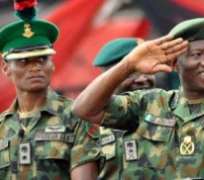 My fellow Yorubas,
Please vote for President Jonathan for a second term as he supports the agenda of self-reliance that we Yoruba people of the Southwest want.

Please ignore the misleading propaganda of the opposition party, and vote for the re-election of President Jonathan.

1. Support a fellow southerner in office.

Northerners have been in power for 38 years out of 55 years since independence. It is time for the people of the South to close ranks.

The antics and tactics of divide-and-rule of the South have been used too often by the North to dominate Nigeria. Also, the economy plummeted when General Buhari was head of state.

Every time a southerner was in power in the 55 years after independence, including this time, some elements in the far North do all they can to frustrate him and cause problems:

President Obasonjo- implementation of Sharia in the far North. Vice-President Goodluck Jonathan- prevented from taking over the reigns of government after President Umaru Yar Adua died until the
intervention of foreign and civil society leaders.

This is a pattern that should persuade you to give President Jonathan the benefit of the doubt and vote for him.

The state governors and local government councillors all receive monthly oil distributions, and are more responsible for the state of the local economy in each of their states.

President Jonathan cannot be blamed for the governors's failure to tap into the God-given talents and resources in the Southwest, especially as, to the glory of God, the Southwest being the second largest economy in Africa, ahead of South Africa. For example, the Yoruba people worldwide had an estimated gross income in 2014 of over $500 billion, but the governors could only raise for their IGR less than N600 billion naira, or less than $3 billion US dollars or one-half of 1% of the income. Can President Jonathan be blamed for the governors not raising their IGR from one-half of 1% to 5% or 10% of the income of the Yoruba people? Certainly not! If the governors of the Southwest had raised a larger IGR, and spent this money wisely, many people will not be facing so much hardship today.

The kettle cannot call a pot black. Corruption is a universal phenomenon, but can be managed. It is present in advanced nations of the world. The root of corruption in Nigeria, however, is the elephant-sized in-your-face corruption that nobody is talking about: the corruption inherent in the monthly oil distributions to state
governments, an exploitation of the God-given oil resources of the Southsouth.

Corruption will become controllable when each region manages its own resources under the implementation of true federalism and resource control.

With resource control and income taxation to raise revenues for infrastructures, security, and services, the interference of godfathers in the affairs of the Southwest will end, and the governors can focus on serving the people.

In conclusion, In the light of the above arguments:

1. President Jonathan is not responsible for the socio-economic hardships in the Southwest, the second largest economy in Africa. The state governors in the Southwest should become more resourceful and
tap into the God-given talents, abilities, and incomes of Yoruba people via income taxation to bring prosperity to the region.

2. The state governors should stop levying taxes on the poor in the Southwest. That will bring a huge relief to the majority of the people.

3. The state governors should end their involvement in the exploitation of the people of the Southsouth by no longer collecting the monthly oil distributions from October this year, as it is unfair, unjust, and is the root of corruption in Nigeria.

4. Instead of extracting taxes from the poor and exploiting the people of the Southsouth, the state governors should institute a robust progressive income taxation policy using a range of 0% to 20% for
Yorubas in Nigeria, and 2% for Diaspora Yorubas.

With this approach, up to N10 trillion Naira in revenues are realizable. This is ten times more than the current revenues, and can be used to for the provisioning of services, infrastructures, and the operation of 9 state governments in the region: Ijebu, Ibadan/New Oyo, Oduduwa, Lagos, Oyo, Oshun, Ogun, Ondo, and Ekiti states.

Since President Jonathan has started to implement the recommendations of the National Conference, please vote for him for a second term as he supports the agenda of self-reliance of the people of the Southwest, the second largest economy in Africa.

Disclaimer: "The views/contents expressed in this article are the sole responsibility of Abitunde Taiwo and do not necessarily reflect those of The Nigerian Voice. The Nigerian Voice will not be responsible or liable for any inaccurate or incorrect statements contained in this article."
Articles by Abitunde Taiwo
23-3-2016  "nigerian Peoples' Marshall Plan", A Solution To Nigeria's Economic Woes31-8-2015  President Buhari, Please Send A Very Strong Message To Politicians, The Nigerian People, And Interna14-8-2015  President Buhari, For A Sustainable Victory In The War On Corruption, You Need To Enlist Or Recruit31-7-2015  Ndigbo And Yorubas Must Unite To Build A Prosperous South - East And South - West30-4-2015  Nigerians Voted For A Change, Not For A Charade: An Open Letter To President-elect Muhammadu BuhariMore...