Princewill and His Landmark Actions in Retrospect 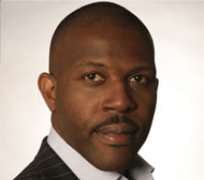 Often times, few personalities who are prudent have resolved not to let their personal interest and ambition to supersede that which they have for their village, community, local government, state or even their country. But in a country where majority of politicians are mere political jobbers, who do not have high yielding personal business interest that cut across their country of origin and or continents find it difficult to withdraw their case against a political opponent or resign from Federal Government's committee which people believed to be highly prominent in financial terms.

This situation of not knowing when to leave, bow out, resign a state or national political appointment office, committee membership and the like has become the hallmark of some politicians who believe they can only sustain their life or existence through such avenue. Even when wise calls or advice is given to them to vacate such political position on account of poor performance, internal wrangling within the committee or any other reason, they tenacious hold onto the position as if their life depend on it.

We are living witnesses to how a minister threatened to resign a ministerial post if the Federal Government does not maintain the new pomp price of fuel which was hovering within the neighbourhood of N145 to N150 until Nigerians through the various labour unions emptied themselves onto major roads in the country to protest against the anti-peoples' policy of the federal government. The rest is history, but the question is did the minister resign after the federal government reached a compromise with the organized labour which led to the selling of fuel N97 per a liter? The above situation account to a large extent to the contempt or disregard meted out to politicians.

On the contrary there are also personalities who do not care a hoot about any national or state political post or elective office especially when viewed on the background of empathy one has for his community, geopolitical zone, state etc. It is base on this that I recalled the decisions taken by Prince Tonye Princewill who was once the Governorship aspirant of Action Congress (AC) in 2007 but now Action Congress of Nigeria (ACN) which till today has continued to generate mix reactions from political analysts amongst others.

In 2007, the Prince of Niger/Delta Politics as his called by his associates once said, “Fighting for the sake of fighting is not me. I am more at home in the board room than in a political party meeting.

When a Prince like me comes out to fight something is really wrong.

Something was really wrong in Rivers State so I came out. For now we are comfortable with Amaechi's first steps and will want to keep him on the right track so as to avoid another fight again. We however remain vigilant and contributory. His failure would be the failure of a generation and ours to bear. I see the hand of God in this and so I bow to superior wisdom and have asked my lawyers to withdraw with immediate effect my petition at the election petitions tribunal. Prior to this action I received not only consent from Atiku and Tinubu, but from my state Exco, my women's wing youth wing, Chairman's forum and my beloved elders of the party. This I believe is unprecedented in recent political history and a sign of things to come.

Let me reiterate that in reaching this decision I have taken the interest of Rivers State as my guide. My interest and ambitions are secondary and no financial agreement has been received from Amaechi before reaching it. I have no doubt that we will reach an agreement of some sort in the near future but even if I am wrong I will have no regrets that this was the right thing to do. Many financial inducements have been pushed in my direction to encourage me to continue with the tribunal matter from sources one could only imagine.

If I was interested in my own pocket, I would have been tempted as others have to walk this path. It never crossed my mind for one minute. As I said in my last interview I can serve as Governor or as Tonye Princewill but either way I will serve on the right side of those who have been wronged”.

Retrospectively, on 19 May, 2009 Prince Tonye Princewill the only scion of the Kalabari Monarch resigned his chairmanship of the Vision

2020 Sub-Committee on the Niger Delta in protest to the destruction of Ijaw community (Gbaramatu kingdom) by the federal government backed JTF. “Having spent time with the Technical Committee on the Niger Delta as set up by the Presidency and devoted many years before then to showing our people that there is a better way, my optimism peaked at the realization that the end of the impasse was nigh and the dark days of militancy would soon give way to a new dawn of hope, prosperity and peace built on the foundations of justice, fairness and equity.

Despite the increasing criminalization of the legitimate discontent of the people accompanied with the apparent non-challance on the part of the Federal Government, I again jumped at the chance to play a role in furthering a positive Niger Delta strategy under the Vision 2020 initiative again of the same Federal Government. All this was not because of a lack of things to do but for a love of my country and of my people that made service to either simply a matter of duty. It was never about Yar'Adua.

Unfortunately the recent decimation of riverside communities and the displacement of so many innocent people with the ease of an executive order is the straw that broke the camel's back and has left me feeling that not all hands are on deck and not all parties sincere in the creation of a region and a country we can all be proud of."

Princewill went further: ''For me to continue to Chair and chart the course for the blue print of a Niger Delta region come 2020 is no longer tenable and will be not only like the proverbial pissing in the wind but an exercise in futility as the recipients have demonstrated a clear inability to listen on the one hand and a clear resolve to go it alone on the other. Violence begets violence. This is a message for all sides to ponder.

For genuine peace to reign, dialogue and understanding is the only route we can follow. The actions of the past few days have made it an even harder road to pursue and the prospect of genuine peace and reconciliation an even more distant memory. If we are to achieve anything from this debacle it is how not to use power. The actions of a few cannot and should not be used for an excuse to visit injustice on the many.

Today, it is the entire people of Gbaramatu Kingdom not just some of them who are suffering. For those who do not appreciate the magnitude of this and opt to stay silent just remember that tomorrow it could be you.

My thoughts at this time remain firmly with the families of the people who have lost their lives and the many women and children who have been forcibly displaced through no fault of their own. I want to appeal to the aid agencies and various tiers of government to come to their aid. It is at moments like this that we must remember we are witnessing human beings at their most vulnerable point. Every little assistance will help.

We all must stand by them not just in our words but also in our actions. In the meantime we will watch to see what the Federal Government does over the next few days before taking our next line of action. Fight not just crime but the causes of crime and when you do, work to preserve life not destroy it”, Princewill said.

From the forgoing, it is clear that Princewill attaches great importance to the sanctity of human life and the love which he has that informed his resignation. Political observers and analysts opined that had his life depended so much on the Chairmanship of the Vision

2020 Sub-Committee on the Niger Delta he would not have tendered his resignation letter. His action was hailed at the time by many among who is Comrade Ebikibina Miriki. “Tonye Princewill's resignation is patriotic and visionary. It is a protest against the attack and invasion by the JTF of innocent and defenseless communities, leaving many homeless and dead, with property worth millions of naira destroyed. Displaced women and children have no access to relief materials and this is a clear demonstration of the Federal Government's insincerity to address the Niger Delta issue. This also shows disrespect to the office of the Vice President", Comrade Ebikibina Miriki noted. According to many, his actions (resignation) and withdrawal of his petition from tribunal are challenges that a few can stomach without pursuing ones ambition or interest.

It is yet to be seen may be, in the coming years, how the Prince will bounce back to the political scene as he did from 2006-2010 having allegedly according to some grapevine relapsed into political oblivion. Time will definitely tell.