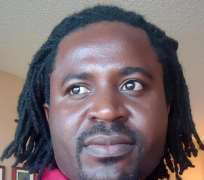 In the 1980's Port-Harcourt (The Garden City) was a dynamic place with a characteristic tranquil and restive edge. I remember going to the Saint Mary's Catholic Church with my siblings by a taxi on those weekends when my parents would drive to the Imo State country side en-route to my father's village. After church we would cross Aggrey road near the Lagos bus stop, Town area and visit with our older cousins Amoni, Bright, and Ibinabo. My cousins, Amoni and Bright were gainfully employed secondary school graduates at the Nigerian National Petroleum Corporation NNPC. On most occasions when we trooped in to request for snacks and ice cream, one of my cousins whom we called uncle due to the age difference, would be on the oil rigs preoccupied in an honest day's work. While my cousin Ibinabo was at the Rivers State University of Science and Technology, his brothers were working at the Eleme refinery and the oil rigs with their high school certificates. These days, university graduates are unemployed and constitute an ever increasing proportion of the underemployed in our so-called giant of Africa.

Interestingly, those days when my younger ones and I took the cab (a drop) once or twice a month to the Catholic Church soon came to an end, after I discovered the corruption and hypocrisy within organized religion. Thankfully, I did not have to wait for contemporary times to discern the multilayered ongoing worldwide scandals in the church. As a teenager, I opted for the Pentecostal and evangelical churches that unbeknownst to me came out of the so-called Bible belt in the United States otherwise known as the Deep South. Most present day Nigerians and Africans are still ignorant of the fact that some of the same folks from the West that want them to be born-again have placed policies and structures to impede African American development through mass incarceration, structural inequality, and disenfranchisement in the United States. Indeed the hypocrisy in the church is not unlike what we experience in other religions and politics. Nigerian superstar Majek Fashek informed us back in the day that Religion is Politics.

Subsequently we have an emission of religion, ethnic intolerance, nepotism, and corruption in today's' political dispensation that threatens to untangle the United Nations of Nigeria. On the right corner we have President Goodluck Jonathan and his corrupt lieutenants who sold Nigerians the mannequin bill of transformation. The President and the likes of Okonjo-Iweala, Sanusi, Madueke, Aganga, and Onwuliri do not remember or just do not care that close to 1000 fellow Nigerians gave their lives for the introduction and realization of a new political democratic era. In Jonathan, we thought we saw an individual from the academy that could rise above the dictates of the Northern Military Industrial Complex NMIC. We were under the impression that he could resist the trappings of authoritarianism and corruption of former government officials. But our aspirations (luck) is been tarnished as this administration goes about desecrating the memories and labours of our contemporary heroes of democracy. The young men and women of the National Youth Service Corp NYSC who were murdered during and after the elections are treated as though they died in vain.

Meanwhile President Jonathan has becomes a lap dog of corruption for international and national syndicates. President Christine Largade of the International Monetary Fund IMF, who wants to use discredited neo-liberalism economic theories to increase the number of poor individuals on the African continent, is an example of such corrupt international principles. She visited Nigeria to reinforce the inside lobbying efforts of Dr. Ngozi Okonjo-Iweala the Nigerian Finance minister and former vice president of the World Bank. After meeting Ms. Largade on December 19th, 2011 and notwithstanding the horrendous Christmas day church bombing that killed nearly 50 people; the call for religious and ethnic repatriations; the call to arms by the various tribes; massive displacement and hysteria, we received the New Year's gift from President Jonathan that increased petroleum prices by more than 100%. These were the rude awakening that became a catalyst for the Occupy Nigeria Movement in our country and in the Diaspora.

Rather than focusing on the cabal of Nigerian petroleum importers and bunkery organizers the government decided to punish the same regular and poor people who elected them. Under the guise of deregulation and privatization the previous military and civilian administrations had conveniently lined up their cronies as venture capitalist in the petroleum sectors to the disadvantage of the less privileged people. In a classical example of double speak these fat cats increase the cost of petroleum production in the nation through various direct federal government sanctioned subsidies/fleecing of the treasury.

Instead of competition, efficiency, and price decrease we became saddled with monopolies and wastes in the highest levels. As a result there emerged millionaires and billionaires who could careless about the wellbeing of other Nigerians. According to Dictator Babangida some of those folks took record time to criminally amass the wealth that he painstakingly took 8years to steal. They became more interested in maintaining the status quo and placed some of their ill gotten loots as hedges towards the realization of the peoples backed Jonathan's presidency. The names of these culprits were miraculously released by representatives of our National Assembly of disrepute and pimps. Our so-called representatives wanted to shift the criticism from the public on account of the earth shaking salaries, allowances, bonuses they steal for doing next to nothing.

Additionally, these developments have not slowly down our race to the bottom and the corruption in Abuja. Nigerians have become tennis balls in the hands of the 1% uber rich on the left corner, who insist on draining us until the last blood and/or oil. At the national level corruption is manifested in the economic and security purviews, while President Jonathan continues in the lap dog status. Boko Haram suspects are disappearing from law enforcement custody as fast as dollars and naira are milked from our coffers. In the likes of Inspector General of Police Hafiz Ringim we see a level of malfeasances and coalition with the elements that are killing innocent law enforcement officers, Christians, and Muslims, whereas the Northern elites who promised us these mayhem are protected in their posh mansions with a combination of their private security details and the national security apparatus.

Coincidentally Mrs. Diezani Allison-Madueke wants Nigerians that cannot afford three balanced meals, lack stable electricity, and basic healthcare to sacrifice for the nation when her children are frolicking worldwide. She appeared in front of the Nigerian National Assembly and did not know how much oil is produced and/or consumed in the country. The Minister of Petroleum Mrs. Madueke does not know the whereabouts of nearly $2billion petroleum funds. In the National Assembly hearing Mrs. Madueke pointed the finger at the Minister of Finance Mrs. Ngozi Okonjo-Iweala who reciprocated the gesture. Despite these systematic fraudulent anomalies, both ministers are not in danger of loosing their jobs. We have the emergence of a Southern Delta Industrial Complex SDIC, with all the surviving ex-governors of Rivers State and Bayelsa State residing in Abuja.

Despondently, the similarities between the SDIC and the NMIC Northern Military have not gone unnoticed by the masses. The SDIC political authority and economic realignment is devoid of pursuing policies for the betterment of the Nigerian people. This is reflected in the combined difficulties of increasing fuel prices on people and the ineptitude in combating the constant Boko Haram massacres. Our so-called officials in positions of trust do not exude confidence in the general public. This was exemplified by the reports of Ms. Vera Ezimora about the outing of the Minister of Foreign Affairs, Professor Viola Onwuliri in the Washington DC and Maryland area. Her callous remarks were “We have one hundred and sixty million people. If 2million are on the streets, then that means one hundred and fifty-eight million are in their homes.” Professor Onwuliri could not reckon the significance of 2million people on the streets of Nigeria who were demanding for a new discourse and the rescinding of the fuel taxation on the poor. These were the same people that President Goodluck Jonathan shamefully intimidated with the deployment of the Nigerian Army, ironically when northern Nigeria is awash with Boko Haram operatives.

Consequently, this incompetence has quickening an unexpected awakening in the Nigerian people who have yearned for a transparent and just government since the evolution of the fourth democratic republic. Nigerians are now asking about the much acclaimed transformational governance which is nowhere in site. Some of us in the Diaspora have made a resolution to standup from the sidelines, and others have recommitted their energies to the actualization of peoples' influenced changes in Nigeria. We plan to convene a civil society; social and economic justice led Sovereign National Conference in the United States. We are eventually going to bring this conference back to the African shores for forward consultations to seek a way forward, that is absent of tribalism, religious intolerance, injustice, and corruption. Our objectives include the implementation of paradigms to ensure accountability and job creation. The goals will also involve the use of national resources to provide livable employment and healthcare opportunities for Nigerians. We are going to strive for a society where 99% of the population can survive with an honest wage.