EGMONT’S SUSPENSION OF NIGERIA: A CASE FOR NFIC BILL 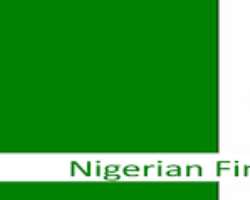 The suspension which was announced at the Egmont Group meeting held in China from July 2nd to 7th, 2017, was following the refusal of Nigeria to make NFIU autonomous in its funding, operations and management of financial intelligence. The failure of Nigeria to pass a law making the NFIU independent is the kernel of the matter.

If Nigeria fails to comply with the group&rsquo;s demand for a legal framework granting autonomy to the NFIU by January, 2018, the country will be expelled from the global body, which provides the backbone for monitoring international money laundering and terrorist financing activities.

When expelled, Nigeria will no longer be able to benefit from financial intelligence shared by the other one hundred and fifty member-countries, including the United States of America and the United Kingdom, while the country&rsquo;s ability to recover stolen funds abroad will be hampered.

Another major consequence will be the blacklisting of Nigeria in international finance, and this could affect the issuance of Mastercard and Visa credit and debit cards by Nigerian banks. In fact, financial instruments from Nigeria may not be honoured abroad.

Joining the Egmont group of FIUs was not easy for Nigeria. It is in fact, one of the greatest legacies of the former President Olusegun Obasanjo&rsquo;s administration. The suspension of Nigeria is a heavy blow; a major setback, and If Nigeria is expelled, then the country is in real mess.

Nigeria claims to have its FIU as an autonomous Unit in the Economic and Financial Crimes Commission; a situation that has exposed the country to international ridicule and embarrassment. Events over the years clearly show that there is no semblance of autonomy enjoyed by the NFIU.

The constant leaking of sensitive intelligence to Nigerian media, contrary to global best practices and the indiscriminate removal of FIU Directors by successive chairmen of the EFCC say it all.

In 2014, the Egmont Group warned Nigeria that it may suspend her if she refuses to enact a law granting NFIU autonomy. This warning never made any difference, as those opposed to the move worked very hard to suppress information and bend the rules. Now, that which stakeholders tried to avoid has finally happened. The worst- expulsion will certainly happen if we do not call the enemies of the country to order and do the needful.

There are four types of globally acknowledged Financial Intelligence Units. The first is the administrative type-FIU, which focuses on the traditional functions of an FIU- to collect, analyze and disseminate financial intelligence to law enforcement agencies and other authorized entities. This type of FIU does not engage in law enforcement or prosecution.

Next is the law enforcement type of FIU, which performs Police functions of arrest, detention, interrogation, investigation and prosecution; in addition to the traditional functions of an FIU, thereby becoming the custodians of Intelligence, as well as the end users.

The third type is the Judicial FIU, which engages in collation and analysis of financial intelligence, investigation, as well as prosecution of offenders; while the fourth is the hybrid type of FIU, which is a combination of the elements in the three earlier mentioned, depending on domestic preferences.

Nigeria joined the Egmont Group in 2007, opting for an administrative type of FIU. Having registered as an administrative FIU, it must be outside a law enforcement agency. The claim that we have our FIU in EFCC is indeed ridiculous. More laughable is that the EFCC Act describes the EFCC as Nigeria&rsquo;s FIU.

The major advantage of an administrative-type FIU is that it focuses on the traditional functions of an FIU and not encumbered with police and prosecutorial duties. Indeed, the mandate of the FIU is different from that of law enforcement agencies such as the police and the EFCC. While law enforcement agencies carry out investigations and also prosecute, FIUs do not. This allows for specialization, separation of powers and responsibilities, checks and balances, transparency and accountability. Concentration of multiple responsibilities in the FIU beyond the traditional duties makes the FIU susceptible to abuse of such powers.

For example, in the United States of America, just like Nigeria, where there is more than one law enforcement agency, the FIU is located in the Department of Treasury/Finance. This is to separate the functions of intelligence collection from police duties (investigation) and judicial functions (prosecution), lest there will be over concentration of powers and abuse of such powers.

Similarly, countries such as Canada, Australia, Belgium and France have their FIUs located in their respective Ministries of Finance.

Of all the 14 countries in West Africa with an FIU, Nigeria is the only jurisdiction that currently domiciles its FIU in a law enforcement agency - EFCC, even when it is registered as an administrative-type FIU. This is a misnomer. Ten of the West African countries have their FIUs domiciled in their respective Ministries of Finance, while two others have theirs domiciled in Central Banks and one in Ministry of Justice.

The surest way out of the country&rsquo;s present quagmire is the enactment of a law that grants autonomy to the NFIU. This is the exact thing the Nigeria Financial Intelligence Agency/Centre Bill presently being considered by the National Assembly seeks to achieve.

The Nigeria Financial Intelligence Centre Bill will ensure that the NFIU is not tied to any agency but will have adequate measures to build an independent financial intelligence system.

The Bill seeks to establish the Nigerian Financial Intelligence Centre as the central body in Nigeria responsible for receiving, requesting, analyzing and disseminating financial and other related information to all law enforcement, security agencies and other relevant authorities, as well as exchange of intelligence with over 150 FIUs globally.

NFIC is to serve all law enforcement agencies, regulators and other authorized agencies (EFCC, ICPC, DSS, NDLEA, CBN, CUSTOMS, POLICE, NAPTIP, CBN etc) and domiciling it in any of the interested agencies/parastatals will mean giving undue advantage to one over the others.

More so, the mandate of an FIU is different from that of law enforcement; while law enforcement agencies carry out investigations and also prosecute, FIUs do not.

Also, it is always best to separate the functions of intelligence collection from Police duties so as to avoid overconcentration of powers and the natural consequence of abuse. NFIC as being contemplated today will address inter agency rivalry.

It is on record that Nigeria applied for membership of the Financial Action Task Force and the FATF assessment team is expected in Nigeria in November, 2017, and without the NFIC law in operation, Nigeria cannot be admitted. The country remains disconnected from the secured Web of the Egmont group of FIUs. Only a truly independent FIU can guarantee a way forward for the country.

In the light of the international obligations and standards imposed by various international instruments, to which Nigeria has acceded to, it is imperative that steps are taken to properly define and establish the Nigeria Financial Intelligence Center, by clearly defining its mandates in the law.

As the National Assembly deliberates on the NFIC Bill, stakeholders must jettison every form of sentiment and support the move to align Nigeria with international best practices, especially, at this critical period of terrorism, which financing is mainly done through money laundering.

Civil Society, Media and all sectors of the country&rsquo;s economy must join the crusade to save the country by strengthening the legal framework against corruption, money laundering and terrorist financing.

All hands must be on deck!
Dr. Walter Duru is a Public Affairs analyst; Executive Director, Media Initiative against Injustice, Violence and Corruption- MIIVOC and Chairman, Freedom of Information Coalition, Nigeria- FOICN. Reach him on: [email protected]