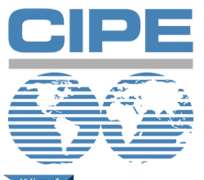 The important role played by the small and medium enterprises sector to the development of Nigeria’s economy continues to be undermined as a result of the minimal attention given to it by the media, especially in the Northern states of the country.

Nigeria, a nation of about one seventy million people is encumbering grave unemployment and irredeemable poverty crisis that continues to drag her into the into the league of poverty stricken nations of the world, better referred to as third world countries. There is no gain reiterating the economic and employment potentials were there to be genuine government commitment to it aided by holistic media coverage.

The role of the media in the development of the small and medium sector nay the country at large cannot be overemphasized. The media is the bridge that connects the people and the trends of their society. The media is the engine room of industrials projections and propagation of concrete and altruistic information that propels knowledge resurgence in the consciousness of the people and its society. Thusly, the media is crucial to the engineering and sustenance of development.

Although government has in several instances launched efforts often geared towards improving the sector but these programs and policies sometimes fall short of their desired effects on the majority of the people in the sector. However the albatross of development in any sector or society is often the main stream media.

There is no gain saying that the small and medium enterprise holds great potentials to the social-economic development of the nation. It is therefore gratifying to know that concerted efforts are been put in place at last through collaborative efforts to garner media support for the sector and to highlight its strategic import in the nation’s quest to economic growth, especially in Niger state.

The one day media parley slated for 17th November, 2016 is being organized by the Coalition of Small and Medium Enterprises, Niger state chapter in collaboration with the Centre for International Partnership on Medium Enterprises.

The parley is to be held at the IBB Pen House, Press Centre, Minna, Niger State Capital, which is also the state’s secretariat of the Nigerian Union of Journalist. To buttress the importance of the event, it is to be attended by Mr. Jonathan T Vatsa, the Niger State Commissioner for Information, Culture and Tourism, Ambassador Zubairu Dada who is to chair the occasion, General Managers and Executives of state owned media outlets as special guests.

The NUJ state Chairman, Comrade Mohammed Mohammed is to be the Chief Host, while guest lectures are to be delivered by the Former Registrar of the Federal University of Technology, Minna, and Mallam Abdullazeez Suleiman. Others to be present at the parley also include the direct stakeholders in the small and medium sector.

The prospects of an intellectual parley of this magnitude are glaring and evident in the light that it has the potential to engineer concrete communication between the parties involved and enhanced understanding of the activities of the sector. There cannot be positive development if the people are ignorant of the workings of its society, the gathering would also boost media interest in the small and medium sector and help in the projection of the contributions of the sector to the larger society.

The gathering would also highlight key areas requiring government intervention as well encourage practitioners in the sector by celebrating sterling strides attained in the sector. Operators in the sector would have better chances of securing loan facilities for their businesses. Highlight the employment opportunities in the sector.

Finally, it is heartwarming to know that such an important gathering is coming at this very crucial time when the nation’s economy is under serious recession. This is the time to highlight and call for genuine development of the small and medium enterprises as being championed by the organizers of the media parley. The organizers would fully involve all the critical stakeholders as it aspires to build a quality relationship between the small and medium enterprises sector. I also hope that the media would be receptive and holistic in commitment to the sector for the benefit of the nation at large.

Disclaimer: "The views/contents expressed in this article are the sole responsibility of Fodio Ahmad and do not necessarily reflect those of The Nigerian Voice. The Nigerian Voice will not be responsible or liable for any inaccurate or incorrect statements contained in this article."
Articles by Fodio Ahmad
11-11-2016  Niger State: Governor Bello Seeks House Approval To Access 280.5 Million Term Loan13-9-2016  Eid-el-kabir : Dr. Jibril Felicitates With Governor Sani Bello, Nigerlites13-9-2016  Pathfinder International Seeks Collaboration On Efficient And Affordable Reproductive And Maternal H13-9-2016  Governor Sani Bello, Agriculture And Niger State21-10-2015  Governor Bello's Trip And Matters ArisingMore...