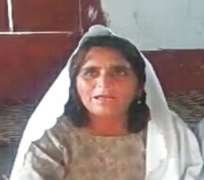 When the Obama government claimed it buried Osama bin laden "according to Muslim rights," as it tossed him from the chopper into the sea, not many believed the ruse. Not simply because there was no evidence there was an Osama captured and buried that day to begin with, but because firstly, Muslims do not take bodies from the land and dump them into the sea... to hide them. You bury in the sea only when you are at sea and unable to get to land. Secondly, a burial bath is obligatory, as are other rituals. There are procedures for burying Muslims and Jews that are quite compulsory in addition to the requirement to bury without delay.

Like many religious practices, bathing the dead transcends the ordinary and its full reasons are not known to man. In the Jewish custom, the Chevra Kadisha are called, the evening of the Tahara (ceremonial washing) and they organize the bath. The bath is recognized as not only physical but a spiritual purification necessary to enter God's realm in a state of 'ritual purity' akin to the state in the mother's womb.

For Muslims, the dead are washed 3-7 times in a special spiritual ritual (Ghusl) way. Water is used and at different times camphor and Sidr (green lotus, Jojube) are put in the water. While the exact physical and spiritual reasons for this wash format are best known to God, Sidr is leaf which is religiously used to purify from witches and bewitchment . A metaphysical benefit of Sidr in the bath of the dead can thus be seen.

The second chemical used to wash the dead is camphor. It is odd that this is used, but of course, for the Muslim God knows best. Camphor has been researched to have peculiar effects on the human body. It is said to increase nerve stimulation and when applied to the skin, it has an interesting effect: it "induces both cold and warm sensations," in the skin, according to Tomohiko Kotaka Et al . In their 2014 article on the effects of cancer, published in the Biological and Pharmaceutical Bulletin, they found that camphor also increases blood circulation.

Why would camphor be used for washing the dead? Well, apart from the spiritual reasons, its effects on the skin could well point to the benefits of this ritual. Along with other procedures of washing the dead, (which include sitting them up and ensuring any discharge is expelled from their mouth and nose, and turning them side to side as you wash each) the camphor by stimulating the nerves, producing a cold and hot sensation and getting the blood flowing will help to jolt anyone in a comatose or apparent death state back to life, as compared to freezing them right away or dumping them unbathed in graves.

Physicians and regular people commonly make errors of declaring people dead who are not. Sometimes the dead may be having tonic immobility or other unexplained flaccidity/loss of tone of their muscles and their pulse may not even be detected or may be absent for a while, thus prompting their being qualified as dead. Many a time, those deemed dead recover. Many times false deaths calls are made after head trauma which leads to an unconscious state.

People declared dead have recovered several days later in morgues. The highly intimate bathing practice ahead of an undelayed burial with the highly personal relationship with the dead during the bath helps to give the 'dead' or as it may be, false dead a chance at life. The camphor helps get blood flowing and cooling and warming the body, is very potent in jolting them back up.

A 72 year old women in India declared medically dead after she hit her head was found to 'come back to life' during her burial rituals . Quoting the Times of India from 2012, "When some women were performing the ritual of bathing the 'dead body', they realized she was breathing."

In September of last year, also in India at a Muslim charity burial preparation home, the Dawn reports that "a middle-aged woman (Mrs Manzoora) believed to be dead woke up at the Edhi morgue on Monday when she was being given the ritual bath prior to her burial, family and charity officials said."

Thus whenever we are in a position of determining what happens to a dead person in our ward or when we are to make suggestions to others on such medical and spiritual affairs, it is important we apply our best judgment and promote best medical and religious ethics, whatever our religion my be.

We would not wish to violate the dead or bury the living.