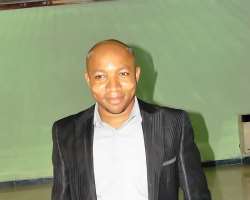 Ahead of Monday’ scheduled Senate Public Hearing on the anti-media Bill, the Freedom of Information Coalition in Nigeria-FOICN has called on all well-meaning Nigerians to join the crusade to kill the bill in the interest of the country’s democracy.

Chairman, Board of Governors of the Coalition, Walter Duru made the call while addressing newsmen weekend.

He described the bill as irresponsible and an attempt to gag the Press, warning that if allowed, will spell doom for the country’s democracy.

“The bill is draconian, anti-media and anti-masses. Every Nigerian must stand to resist it. All stakeholders must come out en-mass to shoot down the Bill at the Public Hearing on Monday, 7thMarch, 2016.”

“The Frivolous Petitions bill, popularly referred to as anti-media bill is on its own frivolous and geared towards taking the country back to the dark days. It contradicts the provisions of the 1999 Constitution, as amended, as well as the Freedom of Information Act, 2011. It is either that those behind the bill have committed one atrocity and are afraid that it might be blown open soon, or they plan to secure this draconian law as a cover for a planned evil. This will not work.”

He urged the National Assembly leadership to withdraw the bill in the interest of the nation.

“Whoever does not want to be discussed in public should stay away from public office. This shows how insensitive our leaders are. Nigerians are hungry and the economy is going down by the day, as a result of poor leadership. How does this bill put food on the table of Nigerians? The focus now should be on legislations and steps that will improve the socio-economic well-being of the people; enhance security and check corruption and not this evil ploy. We have sufficient laws that regulate media practice. This bill is simply evil,” he fumed.

“The energy being wasted in this kind of unproductive bill should be invested in fast-tracking legislations like the Proceeds of Crime Agency, Whistle Blowers Protection, Nigeria Financial Intelligence Center and Mutual Assistance in Criminal Matters bills that hill help move the country forward and check corruption in the system.”

The Frivolous Petition Bill seeks a two-year jail term for any person who makes allegations or publishes any statement or petition in the newspaper, radio or medium of whatsoever description against another person, institutions of government or any public office holder.

The Bill also prescribes that anyone or group of persons who sends any false text message or post false message on the social media against another person shall be jailed for two years upon conviction by the law court.

The bill tagged “A bill for an Act to Prohibit Frivolous Petitions and other matters connected therewith,” sponsored by Senator Ibn Na’Allah, APC, Kebbi South, compels petitioners to accompany petitions with sworn court affidavit, failure of which attracts a six-month imprisonment, upon conviction.

On the social media, the bill reads: “Where any person through text message, tweets, WhatsApp or through any social media posts any abusive statement with intent to set the public against any person or group of persons, an institution of government or such other bodies established by law shall be guilty of an offense and upon conviction, shall be liable to an imprisonment for two years or a fine of N2,000,000.00 or both fine and imprisonment.”

The bill said it shall be an offence for any petition to be submitted without a sworn affidavit from the law court.

The bill has generated public outcry since its introduction.