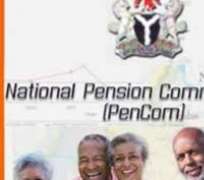 Destiny Ugorji
Following recent comments credited to the Director General of the National Pension Commission, Mrs. Chinelo Ahonu-Amazu, alleging that unremitted contributions are threatening the pension scheme, a civil society organization, Media Initiative against Injustice, Violence and Corruption-MIIVOC has invoked the Freedom of Information Act, demanding for details of the defaulting public institutions.

In a Freedom of Information request dated 14th September, 2015, titled: “A request under the FOI Act: Request for list of employers failing to remit pension deductions”, signed by its Executive Director, Walter Duru, MIIVOC made a 3-point demand on the Commission.

“We refer to the September 3, 2015 publication on Businessday Newspaper titled: “PenCom shifts focus to employers failing to remit pension deductions” and The Punch Newspaper publication of September 4, 2015, captioned: “Unremitted contributions threatening pension scheme”, which both reported the frustrations in administering the exemplary Contributory Pension Scheme in the country.”

“In another report in The Agenda (www.agendang.com), an online newspaper, it was alleged that some agencies of the Federal Government have failed to remit N35 billion already deducted from workers’ salaries to their Retirement Savings Accounts.”

“To sustain the credibility of the scheme among Nigerians and at the international level, a more robust and detailed information is expected from the Commission in situations such as this, considering the sensitive nature of the issue in question.”

“It is the need for this credibility and in view of the right of Nigerians to know, that we most respectfully invoke Sections 1, 2 (3) (V), 2(3) (Vi) of the 2011 Freedom of Information Act to request the following:

“A list of the ministries, agencies and departments of government that have failed to remit the N35 billion already deducted from workers’ salaries to their Retirement Savings Accounts, as reported. The list should clearly indicate the amount withheld by each of the defaulting MDAs; Names of the MDAs that are yet to comply with the Pension Act at all, by opening a pension account and a list of States that are yet to fully comply with PenCom guidelines (including their respective levels of compliance).”

Media Initiative against Injustice, Violence and Corruption (MIIVOC) is a Nigerian Civil Society Organisation with interest in the war against injustice, Violence, immorality and corruption. We are also interested in the protection of human rights.

It would be recalled that the PENCOM Director General, Mrs. Chinelo Ahonu-Amazu recently expressed concerns over unremitted contributions, which she said are threatening the exemplary Contributory Pension Scheme in the country.