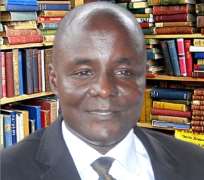 Strange and worrisome as the decision by the Buhari administration to limit its ongoing probe of public officers and institutions to the era of the regime it took over from is, not a few Nigerians are encouraged by the fact that a bold attempt to expose shameless looting of public treasury and allow the law to punish those implicated in the mindless plunder of the country’s resources is indeed happening. At least, it is being drummed into everyone’s consciousness once more that stealing of any kind is a most revolting and self-debasing crime which only the scum and scoundrels of the society are attracted to. It should by no means be witnessed, accommodated or, worse, celebrated and glamorized within the bounds of civilized and decent society as several members ofNigeria’s ruling elite have brazenly done for many years now.

We have heard allegations of witch-hunting and all that, but the pertinent question to ask is: are you guilty of what you are being accused of? Did you loot the amount of money you are being accused of carting away? In fact, it is most insulting that any person would want to solicit our sympathy after callously stealing what belongs to all of us and impoverishing the majority.

The submission that many of you looted the treasury but only a couple of you are being singled out for investigation is lame, even nauseating and grossly offensive. The point is that you looted public funds and today is your day, so face it! Tomorrow may be the turn of your partners in crime. Let the process just begin. We should, however, not rule out the possibility that along the line, the anti-corruption “war” may eventually get out of hand and grow to overwhelm even its initiators and supervisors and kick-start a far-reaching housecleaning and reclamation process where discrimination may no longer be possible. Already, the signs are embarrassingly showing up everywhere and it remains to be seen how long Buhari would remain comfortable with his current preference of harassing some alleged thieves and hobnobbing with others, even the real godfathers in the business.

But this is not even the main worry. There is a growing concern at several informed quarters now about whether President Muhammadu Buhari is truly sincere about fighting corruption to the ground or is the whole thing not merely another means to some end! When Buhari was declared winner of the March 28, 2015 presidential elections and sworn in on May 29, not a few Nigerians had expected him to immediately hit the ground running, having used the period between March and May to do all the extensive research and consultations that were required to help him duly equip himself for the job.

Having unduly raised the hopes of Nigerians by the tantalizing promises that easily and freely dropped from his mouth during the campaigns, loud concerns about his preparedness for the presidency began to rapidly increase. And as Nigerians continued to express grave disappointments about the incredibly slow pace of his regime, especially, how a president declared winner since March was yet to make up his mind on whom to appoint into very critical positions (it has finally been confirmed that Nigerians may have to wait till September for a cabinet to emerge), someone may have whispered into the president’s ears about the urgent need to deftly administer an “opium” to the populace to immediately instigate a mob hysteria that would automatically change the dominant narrative and steer the national discourse to his favour with or without even kick-starting any form of governance. And before anyone knew what was happening, pronouncements about massive corruption (not necessarily fight against it) began to drop on Nigerians like a hailstorm. Then enter Governor Adams Oshiomole of Edo State with his carefully executed media trials in which he promptly accused, prosecuted, sentenced and lynched selected officials of the previous regime, a development that soon gripped everyone’s imagination and virtually overshadowed every other concern about an administration that appeared totally blank and lost in the middle of nowhere.

Soon, it became clear that President Buhari had suddenly stumbled on a trick that worked so marvelously and maximally deployed it to score a fast one on Nigerians. So far he appears to have been very successful because no one is talking again about a president who appears confused and stuck at what looks like the T-Junction of governance. There is hardly any space again for anyone to lament the obvious absence of a blueprint for economic recovery and development – a benumbing evidence of inadequate preparation by a party and president that had promised so much to the people during the campaigns in order to obtain their votes. The Buhari regime has found an opium which it has continued to carefully administer to the people and it is working marvelously, brutally changing the narrative and causing virtually everyone to go berserk and forget what the pressing issues are again.

Since Buhari unleashed his anti-corruption war which has not even tried to go beyond mere media lynching of the officials of the Jonathan regime, virtually every story about his very slow, learning-on-the-job governance style has left the front pages if not the entire pages. Even though at the end of all the noise and hype no one may end up being jailed (or a few might get some modest, “complimentary” jail terms to burnish some anti-corruption credentials), but before the whole thing eventually fizzles into a nine days wonder, perhaps after a year or even two, the president and his party would have been able to buy substantial time to stumble upon some natural developments they can announce as “achievements.” One hopes they would even be able to do that one.

Now, let’s get the point of this article. The war against corruption is a worthy preoccupation that MUST be prosecuted with every seriousness, and I don’t care who is sent behind bars so long as the person truly stole from the public treasury. But it should not become the sole preoccupation of a development-minded president. In fact, making it the focus of a presidency amounts to belittling the very idea of such an exalted office. All that is required to achieve a successful campaign is for Buhari to strengthen the anti-corruption agencies by simply making it very clear to them that he seriously and sincerely wishes to deal with corruption no matter who is involved and everyone would see how fresh energy would suddenly be injected into their operations. Once the anti-graft bodies realize that the music has changed, that the present tenant of Aso Rock really wants to fight this monster frontally, that he has no sacred cows, and that there might even be grave consequences against any effort to sabotage the anti-corruption war, they would surely sit up and deliver on the job.

Then Buhari can quit his present campaign mood of “One Day, One New Headline-Grabbing Pronouncement” and go and face the work Nigerians elected him to perform, fulfill the tantalizing campaign promises of his party that were falling out of their mouths like overripe fruits and set the pace for growth and development, if he can. The economy since he assumed office has taken a further plunge (contrary to the expectations that were raised by his marvelous campaign promises) with the naira receiving continuous battering from the dollar and oil prices dropping to an all-time low. Maybe this is the time for the president to fulfill one of his famous campaign promises made during a Channels Television interview that he would stabilize oil prizes!

Indeed, those who doubt the sincerity of the current anti-graft effort must be forgiven because this is not the first time a new regime is engaging in an overhyped anti-corruption war. Even Sani Abacha, the man who gave Nigeria the mesmerizing term, “Abacha Loot”, also waged a noisy battle against corruption. Although, he eventually became the epitome of the evil he sought to extirpate (and, mind you: we were able to hear that just because he died), his epic battle against the operators of failed banks still resonates in many minds. So, nothing new is happening now.

Shortly after Buhari was sworn in and he began to grumble that former President Goodluck Jonathan had not given him any tips on how to kick-start his own regime, not a few Nigerians had wondered how the chief apostle of “change,” a president who came in well recommended and who had obtained more votes than his opponents on the strength of his bold promises that he was coming in to clear the huge mess created by a “clueless” president, could have tied hopes for the successful takeoff of his “messianic” presidency on tips to be provided by the same failed leader he had scornfully written off to win votes. Soon, his apologists began to regale us with drab tales about how he was taking his time and studying the state of the Nigerian economy and immersed in extensive consultations on how to constitute an efficient cabinet, compelling people to ask what exactly he had been doing since March when Jega’s INEC told Nigerians that he had won the presidential election?

Now, if he was yet studying the country’s problems (which means that he was totally ignorant of them when he was campaigning), where then did he draw the confidence to unleash all those tantalizing and largely unrealistic promises he was throwing at Nigerians? In saner climes, the first thing prospective candidates do is to study the country they intend to govern, determine the extent of its problems and draw up workable solutions before they even announce their intention to run. But it soon dawned on many that this was not the case in our country, and that Nigerians may have been scammed into voting in a regime that may just grope its way through another wasteful four years of sore disappointment.

But now that the president has found a very effective intoxicant that seems to have driven everyone into some frenzy and taken virtually all minds and eyes off the little or no governance happening in Abuja, the question is, how long would its intoxicating (and equally sedative) powers last before Nigerians recover themselves and resume their demands for actual governance? What exactly are the current policies and programmes of this regime which won an election since March and was inaugurated in May, and when would their implementation commence?

Buhari must hasten to realize that he is meanwhile thriving on the myth carefully erected about his person and abilities by his highly imaginative image managers, but he should not overstretch his luck, else Nigerians might discover soon that even this king is also unclad like all the rest, and the resultant demystification may irrecoverably mar his legacy even if he unleashes a million Lai Mohammeds on us.

*Ugochukwu Ejinkeonye, a Journalist and Writer, is a Columnist with Daily Independent, a Nigerian national newspaper ([email protected]; , www.ugowrite.blogspot.com; twitter:@ugowrite ).