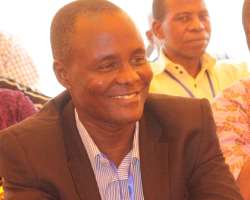 By Ugochukwu Ejinkeonye
A day after the Independent National Electoral Commission (INEC) announced Dr. Kayode Fayemi of the All Progressives Congress (APC) the winner of the July 14, 2018, governorship election in Ekiti State, a video of Fulani herdsmen brazenly parading their cows on the streets of Ado-Ekiti went viral on the social media. Reports say the video was shared on Facebook by one Isaac, the younger brother of Mr. Peter Ayodele Fayose, the outgoing governor of the state.

In a comment accompanying the video (reproduced unedited), the younger Fayose wrote: Fayemi was rigged in on Saturday against the wish of Ekiti people. Today, Fulani herdsmen have the boldness to rear cow on the street of Ado Ekiti. This is pathetic! This is scary. I pity Ekiti and her people!

Now, even if this video was not shared, the discussions that dominated the Ekiti governorship campaigns and the deep apprehensions they provoked even beyond the state would still have been sufficient to inspire this article.

I have not met Dr. Fayemi, but those who know him closely have spoken so glowingly about his urbane, harmless nature, and the intellectual soundness and general sense of decency that distinguish him from the horde of strange characters that encumber our political space. A few years ago when, as an incumbent governor, he was defeated by Mr. Fayose in the governorship election of Saturday, June 21, 2014, he did not hesitate to accept defeat and congratulate the winner.

In a broadcast the next day, Sunday, Fayemi said: I have just spoken with my brother, Mr. Peter Ayodele Fayose, congratulating him on his victory. In a few hours from now, I would be meeting the Governor-elect to discuss the future of our dear state and how we would work together to institute a smooth transition programme. I should think that he was the first Nigerian governor to show such an edifying gesture after being defeated in an election.

But since Fayemi&rsquo;s victory, (which some reports say did not elicit widespread jubilation in Ekiti), I am yet to see any signs in his post-election statements that seem to indicate his significant appreciation of the uniqueness and magnitude of interests that collaborated to elevate the election to a very hot item on the table of many national and even international watchers of Nigeria, perhaps, as no other governorship election in Nigeria&rsquo;s recent history.

It would amount to stretching naivety beyond its malleable limits for anyone to choose to view the Ekiti election as just another contest between two candidates of two major parties and those of some minor ones. Even Gov Fayose himself whose personality received considerable play in the election to the extent of threatening to overshadow the candidate he supported, his deputy, Professor Kolapo Olusola, seemed along the line to have also been dwarfed out as a major factor in the election.

For many Nigerians, the Ekiti election had degenerated to a contest between two major blocks, namely, those who feel that they have an inviolable right to forcefully acquire and occupy other people&rsquo;s lands, destroy their crops and contain any resistance by indulging in pogroms and destructions, and another set of people who are firmly opposed to such a savage expansionist agenda. No matter what impression anyone had about Mr. Fayose, he had won the hearts of many Nigerians when he became one of the first governors to boldly insist that the Fulani herdsmen will not be given any opportunity to extend their destructive exploits to Ekiti. He then matched his words with action by signing into law the Ekiti Anti-Open Grazing Bill and equally underlined his resolve to ensure that the law was duly enforced despite the threats and disparagements that landed on him from some quarters.

Before then, Nigeria had almost degenerated to a state of war. Nigerians suddenly found themselves in a country where value for human life had dropped to a level no one had imagined was possible in a society inhabited by non-savages, where people lived each day unsure they would be alive to see the next hour. The herdsmen&rsquo;s disdain for the laws that govern organized society had emboldened them to almost daily commit mindless atrocities with utmost impunity. Mothers and their daughters were violently raped before the rest of the family; people were made to watch as other members of their families were slaughtered with revolting ecstasy; stomachs of pregnant women were ripped with barbaric excitement; those who managed to survive the massacres suddenly discovered that they had become homeless because their houses had been razed by these unrepentant terrorists. Because many farmers have now been displaced from their ancestral communities and access to their farms brutally blocked by these herders who have converted the farms cultivated with millions of naira to grazing fields, the prices of food items in the country today have risen so much beyond the reach of many Nigerians.

The Muhammadu Buhari regime has been largely unsuccessful in all its attempts to conceal its accommodation of these Fulani herdsmen despite the murder and destruction they unleash almost every other day with unparalleled remorselessness. The fact that the government has stubbornly continued to refer to the antagonisms, invasions and killings of innocent people by these terrorists as Farmers/Herdsmen clash &ndash; a callous euphemism that grossly misrepresents and downplays the obvious genocidal agenda of these herders &ndash; has continued to fuel the impression that there is much more to these unprovoked attacks than just looking for grazing fields.

Meeting with the elders and stakeholders from Benue State after one of the worst massacres of Benue citizens by Fulani herdsmen, President Buhari had pleaded with them to please accommodate their brothers (the same herdsmen whose remorseless killing, maiming, raping and razing of homes the president has been unable to halt). Later, in Washington DC, as a guest of the US President, Mr. Donald Trump, President Buhari blamed the killings on foreign terrorists whom he alleged were trained and armed by late Libyan leader, Col Muammar Gaddafi &ndash; as though saying the killers were from Libya is a convincing explanation for the government&rsquo;s inability or unwillingness (or both) to arrest and prosecute them! And when the herdsmen visited Plateau State with another round of mass slaughter, Buhari went there to say that there was nothing his government could do except to pray to God to help it halt the killings.

So, the Buhari regime with the enormous powers of its various security arms (which it deployed overwhelmingly when it attacked pro-Biafra activists in the South East) has suddenly become so helpless before a band of killer herdsmen to the extent that it is now claiming that it lacks the capacity to discharge one of its most basic obligations to the citizenry, namely, the protection of lives and property? How prepared then is it to face any external aggression? And what is the justification for its continued retention of power if it cannot protect innocent lives of Nigerians?

Classical government theorists tell us that any legitimate government must at all times retain monopoly over the instruments of force, violence and coercion. In other words, it must be able to contain renegades who might rise up any day to unleash mayhem on society and threaten the peace and security of lives and property. Failure to effectively respond to such a basic challenge is usually rewarded with loss of legitimacy.

Of course, many Nigerians are not fooled by these obviously hollow claims. For them, this lame attempt to plead helplessness can only be another weak effort to betray an unwillingness to rein in the killers. This is reinforced by the rude fact that till now, despite the thousands of people murdered by these herders, there is hardly a single report that any of the killers is in custody, standing trial or has been legally punished for his hideous crimes against humanity. There have even been reports that even those that were arrested by the police were soon released on orders from above. That is the sad state of things in Nigeria, and even the Miyetti Allah Cattle Breeders Association of Nigeria (MACBAN) and other stakeholders in the cattle business who have been quoted in the media advancing reasons why the killings have continued to occur are walking about free. We are yet to read reports that they have been invited to explain what they know about the killings and their relationship with the killer-herdsmen whom they are always quick to speak for. Certainly, these killers are not spirits, so, what is delaying their containment if not what can safely be termed - collaborative passivity?

Now, given this ugly state of things and the fact they featured prominently in the Ekiti campaigns, Dr. Fayemi should have by now been seen working hard to repair the obvious damage these issues had inflicted on his reputation and perception among the people. Are the fears that they might colour the policies and programmes he intends to pursue as Ekiti governor, if he eventually wins the court cases against him, real or imagined? What is he doing to allay the already strong fears that his victory in Ekiti belongs in actual sense to the advocates of the abrogation of the anti-Open Grazing Law or those who would now believe they could flout it without consequences? Will Ekiti people soon wake up to the benumbing reality that the relative peace and security of lives and crops which they had enjoyed under Fayose have suddenly evaporated before their very eyes? Is there a possibility that very soon, the Fulani herdsmen would begin to attack the hapless Ekiti people with fury and vengeance once Fayose is out of the way. Indeed, despite his glowing antecedents, Dr. Fayemi, by the company he has chosen to keep in the pursuit of his political career stands in danger of being badly branded in the event of his inability to convincingly address these questions and fears. These fears could, therefore, be the reason for the coldness in many hearts when a nice man like Fayemi was announced winner of the election.

He must, therefore, come out boldly to reassure not just the Ekiti people, but also millions of other Nigerians, that his victory is by no means a victory for herdsmen and their quest for boundless open grazing and cattle colonies! He must make it clear that the massive, intimidating Federal support he got during his quest to return as Ekiti governor (evidenced by the overwhelming number of security personnel that overran Ekiti) was not predicated on any assurance that he would give herdsmen unhindered access in Ekiti to destroy people&rsquo;s sources of livelihood and massacre those who would dare to raise any voice of complaint as has become the sad case in a number of states.

There is no denying the fact that most many Nigerians no longer believe the Federal government&rsquo;s often repeated claim that it is not biased in favour of the herdsmen. It will be tragic if Fayemi allows himself to be tainted by this clearly scarlet hue.

Disclaimer: "The views/contents expressed in this article are the sole responsibility of the author(s) and do not necessarily reflect those of The Nigerian Voice. The Nigerian Voice will not be responsible or liable for any inaccurate or incorrect statements contained in this article."
Articles by Ugoochukwu Ejinkeonye
18-1-2021  Reinhard Bonnke’s Exemplary Ministry10-5-2017  Chinua Achebe’s Unrelenting Feminist Critics21-11-2016  Nigeria: Gov Ugwuanyi And Enugu State Workers29-1-2016  Is There Anything Like ‘honest Politician’ In Nigeria?29-1-2016  Nigeria: Electricity Crisis And The Illusion Of ‘body Language’More...