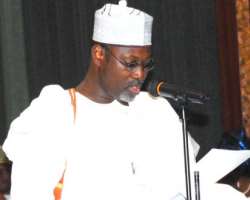 The Independent National Electoral Commission (INEC), like the judiciary, has been saddled with the most honorable and delicate responsibility of steering the rudder of our country's destiny in the direction the masses want to go every time a new course is to be charted. This commission has the responsibility of protecting the future of the citizenry and the country by making sure that only the winners in any election are announced with a detailed explanation on how they won, and presenting a well documented evidence of their assertions.

Apart from the June 12 election of 1993, every other election conducted in most parts of Nigeria, from the ward level to the presidency, has been terribly marred with incompetencies and rigging. So many people have been blamed for that with accusations and counter-accusations coming from different parties. Whichever party rigged election at any time in any part of the country, the truth remains that the INEC played the most important part in the rigging. With all the millions of dollars often released to the INEC, Nigeria should by now be teaching other nations on how to conduct free, fare and credible elections. But the INEC has been so corrupt that the only truth they have been willing to speak so far is the truth traded with them for money.

Getting Nigeria to have a free, fare and credible election this time or even in the future should not be a task that will get all Nigerians worked up if the INEC leadership is ready to serve the country this time and not their personal interests which always go at cross-purposes with what Nigeria stands for. If the result of this coming election is to represent the voters' wishes, the INEC should be able to prove to the entire country that it's willing and capable to work this time. With the ocean of money allotted to the INEC for this coming election, and with the INEC setting in place what needs to be for a credible election, no one can fault this 2011 election-from the councilorship to the presidency. I have carefully listed steps that will rubbish election rigging in Nigeria and present to the citizens their choice candidates as their representatives after all votes are counted. Here are the carefully listed steps towards protecting our votes in Nigeria and making them count:

1. Laptops for each voting center throughout the country

2. Live cameras (probably CCTVs) in each voting center throughout the country

3. Internet. A credible Internet provider should be contracted to provide each voting center throughout the country with unbreaking network connectivity which must use an SSL for transmission. A high speed broadband will do for every voting center.

4. Thumb printing devices that will be connected to each laptop should be made available to all centers throughout the country. This will detect a double voting by a single person.

6. An office should be created in Abuja by the INEC which will have among its members trusted representatives from all the political parties, EFCC, ICPC, Nigerian Army, SSS, The Police, The Navy, The Air force, The Customs, The Immigration, Religious Leaders, Student Union, NBA, Traditional chiefs, The presidency, and other relevant bodies.

7. The said Internet provider should configure the office with wall computers to receive transmissions directly from all the voting centers.

8. Voting should be by thumb-printing with the voter's information keyed in beside the thumb print.

9. As each voter casts his vote by thumb-printing on his/her selected candidate's drive, the representatives, with the INEC officials should be able to see where the vote is cast directly on the screen without having to display the voter's information.

10. The live cameras are to relay directly and immediately everything that goes on in the voting centers to the election storage drive which will be saved with the INEC, the Internet provider and the representatives' office.

11. In the case of claims of irregularities by any party even after being present in the counting, the stored information containing how and where individual voters cast their votes will be taken to the court in charge. Technology has gone too far that anyone who wants the truth to prevail knows in which direction to look. No election can go wrong in Nigeria if these procedures are dully put in place. The INEC should completely set up the modalities and logistics while the representatives will join them in the monitoring. To set these up will take less money than expected and will serve the country in years to come. As Nigeria evolves in the line of democracy, innovations will come in handy. Whether you call this “Electronic Voting Method (EVM)” or “Save Nigeria Method (SNM)”, the overall intent is to steer Nigeria back on course.

This method will nail election malpractice and rigging in Nigeria to its coffin once and for all. While the police and the army are stationed in each voting center to ensure smooth process, the cameras will do the recording of events. Any party or group that opposes these measures without coming up with a generally accepted alternative(by the citizenry and not just a party) is the enemy of democracy and the enemy of the state, no matter where they may be speaking from. Such a group or party should be descended on by the full force of the nation.

Ikechukwu Enyiagu can be reached at [email protected]

Disclaimer: "The views/contents expressed in this article are the sole responsibility of the author(s) and do not necessarily reflect those of The Nigerian Voice. The Nigerian Voice will not be responsible or liable for any inaccurate or incorrect statements contained in this article."
Articles by Ikechukwu Enyiagu
1-4-2015  Gej And Gmb: What Legacies May Record26-3-2015  Biafra: What Seek Ye?17-10-2014  The Short Story Of Samuel And Saul16-10-2014  The Short Story Of Samuel And Saul7-11-2013  Anambra And Apc, The Trojan Horse Of DeathMore...