Is Jonathan’s Government For Christians Only? 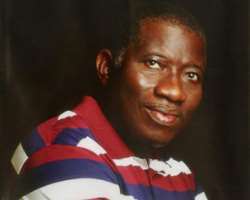 Recently, there has become heightened propaganda as to whether the President prefers to hire only Christians. Of course, any reasonable person that looks at individuals in the civil service will disagree, based on the sometimes bloated nature of northern workers, especially in Abuja.

As 2015 gets closer, it may no longer be North versus South, but Christians versus Muslims that will be touted by the negative politicians. Nonetheless, the following names were sent to one our correspondents with Christian heads of Parastatals, MDA's and MDGs. The list being circulated to buttress their argument includes.

35. National Orientation Agency Mike Omieri
36. News Agency Of Nigeria Oluremi Oyo
37. NEPC E/S David I Adulugba
38. NEPZA Mr. Olugbenga Kuye
39. BPP Engr Emeka
Of those listed, only Dr. Bright Okogwu, is an Urhobo. This issue of religion was almost heightened in the Urhobo Progress Union (UPU) election, but was thankfully doused. Some people tried to taint a candidate by claiming he practiced igbe, while his opponent was a 'Christian.' Everyone knows that the Vice President Architect Mohammed Namadi Sambo is a Muslim, the Chief Justice of the Supreme Court of Nigeria Justice Mariam Aloma Muhktar, is a Muslim, and the Inspector General of Police Mohammed Dahiru Abubakar is also a Muslim, along with the Speaker of the House of Representatives Aminu Waziri Tambuwal.

Why is it that we as a nation cannot jettison ethno-religious sentiments? When you go to most offices, you easily know where the appointee is from, or his religious predilection? Of the four ministers that left office recently, all appear to be Christians. Are we saying they must be replaced by Christians? Generally, when a Minister from a State is sacked or resigns, the governor of that state will nominate a replacement. Some states historically have larger number of its population embracing a religion. Nonetheless, if a candidate from a minority religion is qualified, that person should not be excluded.

I guess the military framers of our constitution knew that religion will be a problem. That is why the 1999 constitution is replete with cautionary references to religion. From Section 10 Prohibition of State Religion, Section 38 Right to freedom of thought, conscience and religion, and Section 15(2) which states 'Accordingly, national integration shall be actively encouraged, whilst discrimination on the grounds of place of origin, sex, religion, status, ethnic or linguistic association or ties shall be prohibited.'

Other provisions preclude political parties based on religion (Section 222). Section 42 is also important. The point is that if this country should move forward, the ethno-religion card should not be played.

In January, Muslim Media Watch Group commended the President for signing the anti-same sex marriage law. Also, the president has always joined Muslims in their celebrations and last month was quoted as saying 'As Muslims in the country join believers in other parts of the world in celebrating the Prophet's birth, President Jonathan urges them to offer special prayers during the Eid-el-Maulud for greater peace, unity and progress in Nigeria.'

Of course, the President is cognizant of Section 14(3) of the constitution which states that 'The composition of the Government of the Federation or any of its agencies and the conduct of its affairs shall be carried out in such a manner as to reflect the federal character of Nigeria and the need to promote national unity, and also to command national loyalty, thereby ensuring that there shall be no predominance of persons from a few State or from a few ethnic or other sectional groups in that Government or in any of its agencies.' This by implication will mean that there should be a religious balance as some ethnic groups in Nigeria predominantly practice a particular religion.

The powers that be changed our national anthem in 1978 from 'Nigeria We Hail Thee' to the current 'Arise O Compatriot.' Nonetheless a lyric from the old anthem is worth repeating, especially as we celebrate our centenary. 'Though tribe and tongue may differ, in brotherhood we stand.'

No one in their right mind can accuse the President of running a Christian government. The facts clearly state otherwise or as the book states for us lawyers, 'the evidence demands a verdict' to the contrary.