THE ROLE OF WOMEN IN WAR AND PEACE 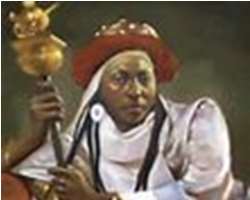 Since the time of creation, it was obvious to Almighty God that the world could not be complete without women. During creation, the first time God used the phrase “It is not good”, was in reference to the absence of Eve, the first woman and wife to Adam (Gen. 2:18). No matter your view of the Fall of Man and the subsequent ripple effects, it is clear that no society is complete without the involvement of women.

The proverbial expression that behind every successful man is a woman has been modified to state that besides every successful man is a woman. The converse is also true. Even if your religion is evolution as opposed to some form of creationism, you cannot argue with the historical importance of women. African history is replete with women warriors like Queen Amina of Zazzaa (Zaria), Queen of Sheba (Saba Kingdom in present day Yemen) and Queen Nefertiti of Egypt.

Of course, I was privileged to be raised by a great woman and can without shame boast that I am who I am today, because of what my mother did for me. There is a great truth in what many great men will tell you about the impact their mother made in their life, from US President Barack Obama to even the last President of Nigeria, Dr. Goodluck Ebele Jonathan.

Biblically, we see the coup of Jacob over Esau engineered by his mother Rachel, and the vow of Hannah the mother of Prophet Samuel. Even Abigail saved her children from annihilation by King David and ended up marrying the King after her wicked husband died of heart failure.

Women can have both a positive and negative role to play in the history of the world. There are so many Jezebels and Delilahs in the world, just like there are the Mother Theresas, Indira Ghandis and the Abigails. Whether in war and peace, the role of women can never be overemphasized. The Proverbial Proverbs 31 woman sums it up when we hear that her works praise (or condemn) her.

Someone once said that the armed robber has a mother just like the Priest. In fact, we use the expression “mother nature” and “mother tongue” to show the dominant effect of women. Even if a man is the head of a home, the woman is the neck that holds and turns the head. Pastors know what the “mummy” of the church can do to build or destroy a ministry, just like with a home. The Word of God says that a wise woman builds her home while the foolish one destroys it with her own hands (Proverbs 14:1).

In the mass shooting in San Bernardino California early this month, it has been proven that the husband was probably radicalized by his wife who was a supporter of ISIS. This was the only plausible explanation for the actions of a man in joining his wife to kill over fourteen people.

The world is still trying to grapple with the issue of female suicide bombers because it is still baffling that the one that gives life can senselessly take so many lives, including her own. The kidnap of the Chibok girls was brought to the fore by the protests of their mothers. I have always wondered out loud: WHERE ARE THE CHIBOK GIRLS’ FATHERS?

In a recent course at United States Peace Institute of Peace, we dealt with the issue of Gender in War and Peace. We concluded that we must train our men to help our women. Specifically, “if we do not train our men, we cannot help our women.” Men’s sense of masculinity should not be threatened by understanding the role women play in war time and peacetime. Discussions on the role of women in this context cannot not happen without a discussion of The United Nations Security Council Resolution 1325 (UNSCR 1325). With its 1325 Scorecard which shows that only 52 countries have National Action Plan. UNSCR 1325 was adopted in October 2000 essentially as a post-Cold War strategy to address evolving gender issues in war and security matters. The scorecard is simply “a tool to evaluate how well the principles of UNSCR 1325 are implemented within the armed forces of NATO countries. It also provides NATO and NATO member and partner states recommendation on how to improve implementation.” See GENDER MAINSTREAMING: INDICATORS FOR THE IMPLEMENTATION OF UNSCR 1325 AND ITS RELATED RESOLUTIONS.

One of the reasons that I took a position as the Director of Communications for Dr. Esther Uduehi governorship campaign was because I believed in the portfolio of this formidable woman. I still believe that Delta missed a great opportunity by not electing the first female governor of the State and in Nigeria. Just observe how messed up the country is today and it will beg the question: Could a woman have done better since 1999.

As we progress, it is vital that we recognize the powers that women wield. Two brothers and friends can become enemies over a woman. Some stupid men even commit suicide over women. Many men borrow to marry a wife. Of course, women broker peace, while others flame the fire of wars. Wars have been fought over women. Women can stop the war or stoke the fire by stroking the egos of misguided warmongers. Hitler’s wife could have prevented his antics and even his murder of their children before they jointly committed suicide.

In those days, it was considered an abomination in African culture for women to demonstrate on the streets naked because of the potency of the curse on the land. It is still so in many places. It is not International Day of Women, but my guys, make una respect women!

Disclaimer: "The views/contents expressed in this article are the sole responsibility of the author(s) and do not necessarily reflect those of The Nigerian Voice. The Nigerian Voice will not be responsible or liable for any inaccurate or incorrect statements contained in this article."
Articles by Prof. Alex O. Atawa Akpodiete, Esq.
22-2-2016  Kleptocracy In Nigeria:  The Real Politics Of Corruption7-12-2015  Kogi, Bayelsa: Abysmal Failures Again30-11-2015  365 Days Later: Is Nigeria Better Or Worse Today?15-11-2015  Misinformation And Runaway New Media9-11-2015  James Bond In NigeriaMore...