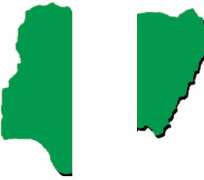 In 1983 Tunde Adeniran Published an article in The Guardian Newspaper of September 11, 1983 edition. The article “Demofascism: A new ideology” was written by Tuned who was then a student of political science at the University of Ibadan. Tunde's definition of demofascism impressed me so much that I would want my readers to share from it.

In his words, “Demofascism is a totalitarian philosophy of government which glorifies state, promotes its control by a powerful few and over all aspect of national life without regard to the rights and capacity of the people to determine their own fate...The institutional frame work is democratic, the practice is fascistic-opportunism reigns and the individual is subordinated to the wishes of an opportunistic clique ……More over, the survival of the fittest doctrine is practiced within the context of institutional brutality. Dissent amounts to crime and each person is expected to function within the enslave confines delimited by the controllers of state power.”

Demofascism is the opposite of democracy; it is an organized thuggery, an organized error, deceit, robbery, and a rabid Machiavellianism. Democracy on its own allows the basic rights such as, the right of freedom of speech, freedom of religion, freedom of opinion and association and the assertion of the rule of law accompanied by respect for minority groups demofascism wears the garb of democracy but makes a mess or mockery of the peoples basic rights in favour of the whims and caprices of a privileged political clique.

In his great book” One minutes Nonsense” Anthony de Mello told a good story that has a lot to teach humanity. This story goes thus, “Why are more people not enlightened? “Because it isn't truth they seek but their convenience, “said the master. He showed this by means of a Sufi tale: A man in need of money sought to sell a rough carpet in the street. The first man to whom he showed it said, “This is a coarse carpet and very worn.” And he bought it very cheaply. A minute later the buyer said to another, who happens along, “Here is a carpet soft and silk, Sir, none like it.” Said a Sufi who had witnesses the scene, please carpet man put me into your magic box which can turn a rough carpet into a soft one, pebble into a precious stone.” “The magic box, of course added the master is called self-interest: the most effective tool in the world to turn truth into deception.”

Many people are deceived. Some are subtle. They have applied the most effective tool in the whole world used in turning the truth into deception. This is exactly what Chief Rochas Okorocha is doing in Imo State of which the result of same is shame, duplicity and violence. Who is to be blamed over the problem in Imo and Nigeria in particular? Here our attitude to life and the happenings present a veritable paradox. We are most uncomfortable with many things that have gone wrong. We are not in a haste to put them in order.

Today, if any of the angels in heaven comes down to Nigeria and decides to put things right, Nigerians will frustrate him and descend on him faster than the Jews did to Jesus Christ and killed him. It is a thing of shame that 70% (percent) of Nigerians live below the poverty line of one dollar a day but in Europe, despite the global economic crisis ordinary cow lives above one dollar a day. Meaning that, it is better to be a cow in Europe than being a human being in Nigeria. Who shall we blame God or man? Who is responsible?

In the world of F.R.A Williams, “Nigeria is like a ship. And we are now passing through turbulence of storm and waves. We must sit down and consider how to continue our journey so that the ship does not sink, everybody will take a life boat and we will go our different ways. That we do not want to happen.” Nigeria is very sick now, sick unto death by disintegration. Many reasons have been proffered to account for this anomaly.

In his article, “God and trouble with Nigeria, one Afolabi Babalola gave us a good reason thus, “Who then is the sower of this seed (Nigeria)? The facts both historical and empirical, shows that God did not sow it. Rather, history tells us that it was a certain foreigner by the name Fredrick Lugard that sowed the seed...the Nigeria that Lugard and his girl friend sowed, today, yields multiples of the original seed in terms of ethnicity, assassination, religious bigotry, treasury looting, Immature leadership, injustices, an army-of- anything- goes, international conmen, drug traffickers, to mention but a few of the harvest. Nigeria has had it rough since 1914.” The unhealthy relationship between the North and the South was so bad at the time of Sir Ahmadu Bello, the Late Sultan of Sokoto, that he described the amalgamation as “the mistake of 1914.” Late Chief Obafemi Awolowo lent his full support to that idea when he described Nigeria as a “Mere geographical expression.” In recent time, Dr. Ibrahim Datti described the relationship as “Fraudulent togetherness.” Some have described Nigeria as a “lie told by British.” Today, the difference between our cultural, religious and political affiliations speak volume and have been so blown out of proportion with their attendant hostility and conflict that it appears only a divine intervention will keep Nigeria one for long.

Today Many Nigerians have blamed Lord Lugard for the amalgamation, but in the real sense of it, do you think Lord Lugard deserves to be blamed? The implication of it is that if a Yoruba man and an Igbo man cannot live in peace, it is Lord Lugard. If the same happens to a Hausa man and a Yoruba man, lord Lugard should be blamed. If a fanatical Muslim insists that the cross in front of a church is too close to his Mosque, that blocks his sight while praying and facing Mecca and that it must be removed or there will be a holy war, it is Lord Lugard.

As Sani Yerima the former governor of Zamfara State imposed the Sharia Legal code on the state contrary to the clear and definite provision of the nation's constitution, which helped in setting confusion in Nigeria, it is Lord Lugard. As Boko Haram is seriously fighting against the unity of this Country by killing innocent citizens by what I may call politically induced violence under the guise of religion, it is Lord Lugard. Whenever anything goes on in Nigeria as a result of our inability to manage our enormous resources and ourselves, we must turn around look for helpless Lord Lugard to help our collective guilt on him.

The amalgamation in fairness was meant to keep us together and if it had worked out the sky would have become our beginning point. God did not create Nigeria man did. God does not have a responsibility to make it work, man does. It is when we decide to work and promote unity that God can help us. The problem is that no group is prepared to surrender something for something else. At the moment there has not been any concerted genuine effort for unity on the part of the different parties as a result of mutual suspicion that took many tears of sad and hard experience to build up. Whether Lord Lugard was right or wrong, the other side of the story is that it is an escapist approach to put the blames on him. We should now wake up from our slumber and do things the right way. By Prof Nathan Protus Uzorma