The burdens of Islam 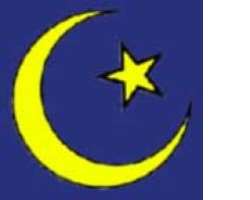 When it comes to Islam, there are some cumbersome burdens that media practitioners and social commentators are silently coping with. One is the need to be very sensitive and indeed tread quite carefully when they have to deal with anything Islamic because of possible reactions of Muslims.

These dreaded reactions come in various forms and magnitude, depending on the fortune (or shall we say misfortune?) of a writer, actor or speaker. It varies from the petty insults of readers that take their time to call someone like me names and wish me ill for pointing out that it is wrong and ignorant for people to go and kill other people because they think there are sinners. It may also take the shape of those who feel the need to participate in protests where flags and houses are burnt, people injured and killed because of a mediocre quality video or cartoon they find offensive. Then, there is, of course, the more solemn and stately fatwa that turns its addressees into celebrities by driving them underground and into a life of fear to be lived in the company of security forces.

The need, still in 2013, to take extra care when it comes to anything Islamic is a burden not only on artists, actors, writers, thinkers or speakers but also to humanity as whole. As human beings, we have gained more from independent and rational thinking than from dogmas and rituals. Just as Christianity was, in the bad old days, a burden to the development and progress that comes from critical and analytical thinking, liberal initiatives and diversity of opinion and actions some centuries ago when the church had access to unlimited power and its leaders were accorded the status of infallible, so is Islam today, if unchecked or in the hands of unchecked bigots, a burden to development and progress. That might sound harsh, but it is simply true.

There is another Islamic burden that analysts and commentators have to bear: the conscious and continuous need to generalise. The “do not generalise” mantra is based on the idea that there are billions of good Muslims in the world so one should not equate the activities of some few violent or ignorant Muslims with the identity of Islam. Of course, we must not generalise, how can one disagree with such statement? That fact is so obvious that it risks turning into an excruciating truism. It is time to take the discussion to a higher level. Let us make it more exciting by asking ourselves some simple questions: how come out of those millions or so Orisa worshippers in the world, that Christians and Muslims scornfully call pagans, we do not have cases of just a few Orisa terrorists? Why is it that we do not have some few cases of Jehovah Witness terrorist?

We all need to share these burdens in a more equitable mode. There is no gentler way to put it; the simple truth is that more Islamic scholars and especially leaders, need to understand that there is a part of Islam that is still struggling in its bid to coexist with modern times. Just as Christian leaders and scholars have had to do in the past, Islamic scholars and leaders need to today come up with some theoretical elaborations and theological references that will deal with modernity or update their system, as my students will say. As Muhammad Iqbal puts it, “The task before the modern Muslim is therefore, immense. He has to rethink the whole system of Islam without completely breaking with the past…The only course open to us is to approach modern knowledge with a respectful but independent attitude and to appreciate the teachings of Islam in the light of that knowledge, even though we may be led to differ from those who have gone before us.”

Examples abound to follow for those who really care; they can stand in support of and follow the teachings of the likes of Dr. Muhammad Tahir-ul-Qadri, who in his 2010 Fatwa, not only gave a total condemnation violence but issued an “absolute” condemnation of terrorism, which he judged to be without “any excuses or pretexts”, he even went on to declare terrorism as kufr. There is, of course, our own Sheik Ahmad Mahmud Gumi, who in very clear terms has had the courage and lucidity to call the members of Boko Harem evil and asking all northerners to hound them.

We don't need to wait for one more body to have the courage to call evil its name.

Disclaimer: "The views/contents expressed in this article are the sole responsibility of the author(s) and do not necessarily reflect those of The Nigerian Voice. The Nigerian Voice will not be responsible or liable for any inaccurate or incorrect statements contained in this article."
Articles by Anthony A. Kila
2-7-2013  Simple Questions For This New Apc24-6-2013  What Apc Owes Nigerians12-6-2013  Look Who’s Ruling13-5-2013  Would Can Elect Desmond Tutu President?15-4-2013  The Favour Godswill Akpabio Did Us AllMore...