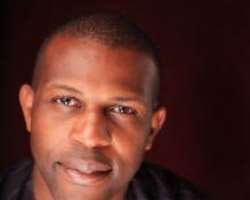 By Nwaorgu Faustinus
In the Nigeria political conclave, with particular reference to Port Harcourt – the capital city of Rivers State, there abound different crop of politicians that represent one, two or more positive features to their followers, admirers, or political observers, analysts and commentators. It is on the charismatic or rather appealing individualistic socio-political disposition that gives bite to the growing followership base such a politician enjoys.

The above could be said of Prince Tonye Princewill who has over the years earned the admiration of many through his charismatic outlook.

Though it was not by his own making to be born a Prince of the famous Kalabari Kingdom – known for its age long war bravery, Tonye as he is fondly called by his associates and admirers is the only scion of the king of Kalabari land, King Prof TJT Princewill. Born on January 4th 1969, Prince Tonye attended the Hillcrest High School in Jos. Afterwards, he gained admission to further his education at Federal Government College (FGC) Port Harcourt where he did sit for his WAEC examination in 1985. He passed out from Petroleum Engineering at the University of Port-Harcourt. Tonye Princewill who has Master's degree in Mineral Resources Engineering at the Imperial College, London has relentlessly put smile on the face of many through his big-heartedness. This is one of the main characteristics of Prince Tonye that distinguishes him from other politicians or businessmen from Rivers State.

It is crucial at this juncture to take a walk down memory lane on the charming, real and genuine tales of this rare blue blood of Niger/Delta stock who makes no mistakes about his munificence not only to the people of his region but also to others who are not in any way related to him. To this end, it appears to be or is not an innate-compelled love, embellished with wisdom and a show of concern for the circumstance of the less privileged, the unemployed, and orphanage homes among others that spurs Prince Tonye to identify with them?

To begin with, having taken the milk of human kindness to elevate and impact on the blighted condition of the destitute, Prince Tonye made himself available to be the protagonist sponsor of a Nigerian home movie – “Nnenda” in September 2009. Nnenda which is a special movie and orphanage awareness campaign revolves around the touching plight of an abandoned baby and the rare efforts made by a concerned female doctor (Stepanie Okereke – a lead actress in the movie) to bring succour and safe life in the face of strict opposition from the hospital's management hierarchy.

At the time when the first ever musical reality show for orphanages organised by Melody Shelters, a collaboration of Adonis Productions and Prince Tonye Princewill, came to a climax on 5th May, 2012, the Kogi State's Godswill Orphanage who emerged as the 2012 champions was given cash award.

The PDP Chieftain and the Leader of Princewill Political Associates (PPA) – Prince Tonye was on hand to present the cheques totalling 20 million naira to all the beneficiaries in a star studded event witnessed by an enthusiastic PH crowd, government officials and chieftains of the entertainment industry amongst others.

Godswill Orphanage of Kogi State got the coveted trophy and the Championship Prize of N10M while the runners-up - the Lifetime Orphanage of Rivers State got the Prize of N5M. Rachael Homes, Abuja came in third carting home the N3Mprize. The Princely amount of Five Hundred Thousand each was given to the other remaining five Homes as co-champions

At the time, Mrs. Elizabeth Opanachi the Matron of the Godswill Orphanage Abuja the Champion Home in her appreciation thanked Prince Tonye Princewill and the Directors of the Melody shelters for setting up that great innovative and God inspired project that will surely change the course and lives of the less privilege in Nigeria.

Mrs Opanachi who was emotional in her presentation quoted the gospel of St. Mathew Chapter 5verse 7 which says “Blessed are the merciful for they shall obtain mercy”assuring the Prince that his investment and concern for the poor in Nigeria would not go in vain as they would continue to pray for his uplift and growth in all aspect of his life. “You are a gift from God and, the poor will surely celebrate you when the time comes”.

She went further to challenge other rich men in Nigeria to emulate the Prince and invest their funds to alleviate the suffering of orphans and/or the many, not the few. She concluded by urging the various segments of government in Nigeria to assist the credible Orphanages in Nigeria in their onerous task to reduce poverty and provide succour to the orphans in Nigeria.

Disclaimer: "The views/contents expressed in this article are the sole responsibility of the author(s) and do not necessarily reflect those of The Nigerian Voice. The Nigerian Voice will not be responsible or liable for any inaccurate or incorrect statements contained in this article."
Articles by Nwaorgu Faustinus
7-11-2018  Stop Insulting, Inciting Rivers Traditional Institutions Against Opposition – Tcco Rebukes Wike27-8-2017  Wike’s Assertion That Apc Destroyed Institutions In Nigeria Is False – Rivers Apc12-7-2017  66 Ex-niger Delta Agitators Gain Admission Into Johan Cruyff Institute Of Barcelona4-7-2017  Amnesty Office Under Attack By Blackmailers And Desperate Politicians25-6-2017  Transformers: The Last Knight Storms Cinemas NationwideMore...