A Dog And His Rights 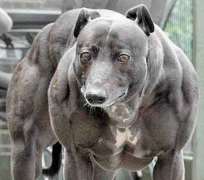 I call them “Bundes sausages”, Jomo. They are the most sumptuous in the world. They certainly do my palate greatly excite.

I am referring to those great, delicious sausages served in German restaurants and eateries.

I nearly ate up all the sausages in that country during a professional trip many years ago. In short, sausages were my palate's greatest craving and utmost delight.

In the mean time I was clogging up my blood vessels with monstrous layers of cholesterol like an award winning mason laying out concrete. Then one day, I went to see my physician who after conducting some tests, sent me off to see the hospital dietician.

The young lady examined the doctor's report and began reading me a hundred commandments of the dining table: You must give up sugar, red meat, animal fat,  animal internal organs, fried foods, pastries, oil {except olive}, milk {except skimmed}… You must also not eat this and that and that…

I groan in protest: For heavens sake, is there nothing I CAN eat or drink, madam? Not even tea? Now that you mention it, not even tea. It is another sauce of cholesterol. If you must drink tea by all means, let it be black or green tea.

So off I went to a supermarket to get me some green tea, see? I hate supermarkets, Jomo. You always find attendants roaming around and conversing or gossiping while many customers form long queues in front of one or two attendants.

Seeing so many people queuing up to pay for small items seems to make them feel important or something, I don't know…

Anyhow, I get my pack of green tea, see?

In the pack is a leaflet proclaiming the medical benefits of the product. Now, the manufacturers know only too well that there is no way they can make scientifically unverified claims about their product without incurring the wrath of the food and drugs people of any country where it is sold, so what do they do, Jomo?

The leaflet says “green tea can increase the anti-oxidant capacity of human plasma, which could in turn help reduce the risk of cardiovascular disease.” Smart guys! Note that “can increase” is not the same as “increases” and “could reduce” is not as definitive as “reduces.” The word “help” takes the claim even farther away from specificity.

That is the way these cunning characters in commerce and politics employ the psychology of words and phrases to prey on the minds of the public for gain.

In the case of advertising, the casualty is usually the consumer or rather his wallet but in politics, the language of persuasion can pollute public perceptions of truth and reality and guess what that does:  It subverts democracy!

Don't fret buddy, these are only my opinions and there are a few more of them coming up: So read my lips carefully, old chap: One of the most used phrases this week was “human rights.”

Thanks to democracy there are always enough human rights to get around. Someone has the right to swing his arm in a wide arc so he goes swing, swing, and swing and BANG he fetches someone else a hefty one on the eye. One man's right becomes another man's agony.

Some human rights activists have been busy gripe-griping about the extra-judicial killings of armed robbers in the running battles between the ruthless killers and the cops and preaching sermons about the human rights of the robbers.

I am a human rights activist of sorts myself but I do not speak green tea language, unfortunately.

The robber has human rights alright but only because he is not a dog. Dogs have dog rights, cats have cat rights and pigs, pig rights.

If dogs abused their rights, they would be running amok all over the place biting every other creature in sight and tearing little children to pieces.

If a man is transformed by a skull-full of LSD, coke or some other mind-bender into a fiery beast with coals of fire in the eyes and goes out into the gentle night wielding guns and knives and begins raping, killing and robbing people, does he have dog rights?

As I have told you before, ours is not the just the typical case of a nation having to contend with violent crime. Ours has been like a civil war situation, only much worse. It has been the worst scenario imaginable even in the house of a thousand horrors:

What is happening to this otherwise beautiful country is very terrible. These killers attack a victim who complies and hands over property and they rape and kill the victim all the same. How do any human rights activists excuse this?

Mills has got himself a good cop as Inspector General of Police and the man seems very much determined to turn things around full cycle in the interest of public safety, but the killers will keep resurfacing and charging at society like Viet Cong, unless we find out who they are, how come their level of organisation has been so wide and the nature of the man-to-beast concoctions they have been consuming.

If Mr Paul Quaye does not put a finger on these and simply assumes that the relative public safety which may be achieved with the present operation will last longer than it takes for fleeing ants to regroup around a cube of sugar, he will be proceeding under an illusion.

Some Ghanaians freely exercised their right to freedom of assembly during the week. A political pressure group led thousands of people on a street demonstration in Accra.

The demonstrators had some complaints:  President Mills had reneged on his election campaign promises and was harassing his political opponents. There was unemployment and great economic hardship.

The cost of living does indeed appear bound for the far outer heavens and there have been shortages of fuel but there is a story to be told here and not in the green tea language of political communications.

It is a story that needs to be written on the slate of an honest national conscience if it is to serve any worthwhile purpose:

Even as the   demonstration was going on this week, exposures were being made at various stages of official investigations into the nation's public accounts, of unbelievable waste of colossal financial resources which could have made very dramatic differences in the lives of so many people living under great economic hardship.

So much money appears to have been misappropriated or squandered on multiple prestige projects while many people continue to defecate in thickets and share drinking water with ruminants and bovine creatures!