Electricity In Nigeria: Can Buhari Break The Jinx? 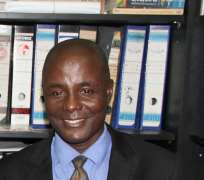 If former President Goodluck Jonathan had succeeded in solving the ever-worsening electricity crisis in Nigeria, he would have left office last May as one of Nigeria’s greatest leaders. And that is, assuming that singular feat would not have been able to reelect him by deflating the strong, vicious and clearly unedifying campaign bolstered by unrealistic promises massively deployed against him by the opposition.

Granted, the Olusegun Obasanjo regime, allegedly, squandered some $16 billion to plunge the country deeper into darkness, but Jonathan is no Obasanjo, and I doubt if his ambition was to come into office to reenact the Obasanjo disaster. Jonathan’s failure, therefore, to realize the strategic role of electricity in the life of modern man and demonstrate that five years was enough for him to write his name in gold by lighting up the country is the key reason, I think, he left office with his head bowed, despite his very noble act of conceding defeat to President Muhammadu Buhari, thus aborting the desperation of those waiting in the wings to exploit the situation to unleash terrible mayhem in the country and waste drums of innocent blood.

The problem, I think is that, President Jonathan really stretched political naivety far beyond its malleable limit when he failed to realise that the regime of darkness and unspeakable extortion unleashed on Nigerians by the private operators currently generating and distributing electricity in Nigeria was gradually exerting some influence on the way Nigerians perceived his government. Those companies appeared to have conspired to work extremely hard to further compound his already growing image problems and deepen grave disaffection against him among the populace. And no one should have realized it better than the former president that such a situation was too harmful to be allowed to endure, especially, on the eve of a very bitterly contested election. But Jonathan and his party were insufferably complacent and took several things for granted until a devastating defeat was served him like an unexpected, unappetizing breakfast.

It would seem that he realized only too late in the day (assuming he ever did) that he was facing a peculiar kind of opposition: one which, though, pitiably lacking in brighter ideas or better preparation for governance (as Nigerians are already witnessing), appeared more adept in chronicling and magnifying the failings of his government. And so, it was easy for them to promise largely unrealistic alternatives and got sizable number of people to buy into their grand illusion that the only solution to Nigeria’s many problems was just the exit of Jonathan.

Now, unlike what obtained when the telecommunications sector was deregulated and the people soon derived some bit of relief when NITEL’s monopoly was broken (and alternatives sprang up), the emergence of these private operators, rather than mitigate, only multiplied the people’s sorrows. The consumer is denied the power of choice. Nigerians who live in a particular area are left with a very frustrating feeling that they are stuck with a particular company whose staff merely sit in their offices and allocate huge bills to them every month whether electricity is supplied or not. The system is so oppressively chaotic that even when they disconnect a consumer from their epileptic electricity supply, their fat bills would still be coming – which the person must pay, before they would ever reconnect him. Clearly, the bills are arbitrarily concocted.

But in the telecoms sector, something refreshingly different obtains. If, for instance, one is not satisfied with the services of a provider, one can easily discard its SIM card and go for another. Thus, in order to retain its customers, the various companies are continually rolling out incentives and packages. But the electricity companies are fully aware that their hapless customers are stuck with them unless they relocate from the areas under their control (something not very easy to do in a place like Lagos, for example). And so, the people are their helpless, perpetual victims.

Some relief would have come to consumers through the acquisition of pre-paid meters, but that, too, is another very bitter story not worth recollecting. Although they would readily tell you that it would take only forty-five (45) days to process a pre-paid meter, those who applied for them about six months ago are still waiting to be supplied. And as they wait, the huge bills keep arriving.

Of course, we are all aware how poor electricity supply severely punishes the citizenry. Costs of goods and services skyrocket as a result of the high cost of production. Some companies not able to cope with rising operational costs are forced to shed some weight by laying off workers or even close down or relocate to other countries where functional amenities provide favourable climate for business.

It must be observed, though, that electricity crisis is no longer an exclusive Nigerian problem. Only recently, Ghanaians took to the streets to protest the worsening power supply in their country. This is very sad because only a few years ago, we used to challenge Nigeria’s leaders with Ghana’s success story in the generation and supply of electricity.

Even a most unlikely place like South Africa is having its own fair share of electricity crises. In February, the Financial Times of London carried a report about “a deepening power crisis that has triggered almost daily outages across South Africa, hitting key industries as well as households, [and forcing] the government to sharply downgrade its growth forecast for the year.”

In 2008 when I visited South Africa, such a thing was never heard of, or, perhaps, ever imagined. Not once throughout my stay did I hear the noise of a power generating set.

If African countries must pull themselves up and compete effectively in a globalised economy, they must all hasten to get electricity right. Virtually every human activity can be enhanced or marred depending on the rate of power supply in the area. From big industrial concerns to very small enterprises like barbing salons or the pepper grinder in that small market, electricity continues to play pivotal roles in our lives. Even the performance of school children is highly affected by the amount of electricity available in the neigbourhood. A growing number have developed eye problems, which would not have ordinarily happened so early in their lives if they were not compelled to read in poorly lit rooms due to constant blackouts.

Daily, many Nigerians battle with heat and discomfort all night and report to work the next day totally exhausted and drained of strength, and probably nursing a headache. No doubt, this would adversely affect their output at work. And due to the proliferation of all sorts of generators as unhealthy but unavoidable alternatives to darkness, which torment the people with injurious noise and emit very poisonous fumes into the atmosphere, thereby, turning Nigeria into a dangerous gas chamber, the country and its citizens remain under the threat of serious epidemic. It is most demoralizing watching hapless, pathetic Nigerians cruelly enveloped in darkness, groping like very helpless people trapped in a danger-infested night.

Now, it is a known fact that during each rainy season, there is usually some improvement in electricity supply as currently being witnessed by Nigerians. But instead of deploying solid effort to increase the amount of electricity generation and distribution in the country, the government may naively choose to sit still and start announcing this development as one of its “great achievements.” That would amount to repeating the folly of previous administrations which had also done that forgetting that the rains would soon go away and they would run out of lies trying to explain away the biting reality that would dawn with the sudden return of darkness.

One hopes that this electricity matter is one of President Buhari’s topmost priorities, and that despite all the noise and desperation to heap the blames for all Nigeria’s problems on the last regime, he should find time to learn from Obasanjo and Jonathan’s power sector report card and ensure that we would not end up still telling the same sad stories of woes and decay after four years of “change”.

And while APC spokesman, Mr. Lai Mohammed, buys him some reprieve by continuing to repeat the horrendous lie that Buhari’s phantom achievements since May have surpassed all that Jonathan recorded in five years, and Obasanjo is very busy at the other end of town recklessly tarring everybody and brazenly dressing himself up with some borrowed and grossly ill-fitting saintly robes, the president should school himself to realize that whether he would end up on the rubbish heap of history or occupy a hall of fame would largely depend on the amount of electricity he made Nigerians to have in their homes and places of business during his tenure. It is one responsibility he cannot afford to shirk or paper over with bogus claims. Like Chinua Achebe once said, “If Nigeria is working, we will know.”

*Ugochukwu Ejinkeonye, a widely published Nigerian journalist and public intellectual, is a Tuesday columnist with Daily Independent newspaper. Several of his articles can also be found on his blog: www.ugowrite.blogspot.com; He could be reached with: [email protected];twitter: @ugowrite