This Goliath Killed David: Hamas Should Stop Firing Its Rockets 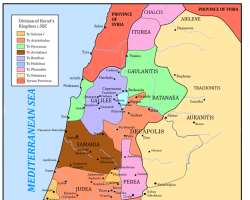 There are any reasons why it is reasonable Hamas stops firing its rockets into Israel. Hamas has lost this war; and there is a point where you accept defeat and surrender and maybe retreat. This David failed to kill Goliath. Hamas keeps throwing its pebbles and Goliath keeps chewing up David. Perhaps the chronicity of the oppression has made it difficult for Hamas to realize that the battle is over. They have lost; it is time for plan B.

I am no expert in Islamic affairs, however from my little knowledge; I believe it is wrong to fire rockets blindly. A Muslim at war is meant to avoid not only non-combatant women and children, but also things like trees and wells – which should not be poisoned. Firing rockets blindly at anything in Israel which may kill women, kids and even Arab Palestinians, just does not seem right in my books. I usually run the Mohammed(P) or Jesus test. Will Mohammed(P) or Jesus do that? I do not see Prophets arranging rocket launchers and setting them off into the vast enemy territory. That is the behavior of those who in the past, dropped nukes on innocent people to make a point. Responsible and God-conscious people do not intentionally kill innocent people to make a point to their government.

In my write-up on Genocidal thinking, I quoted a verse in the Quran which is invaluable in this instance: “..let not the hatred of others to you make you swerve to wrong and depart from justice. Be just: that is next to piety: and fear God.” – Quran 5 verse 8. A British MP said if he were Hamas he will likely fire the rockets. Of course, we all understand the frustration, the blockade; living in Gaza strip – concentration camps; the separation from their families; the constant demolitions and settlements. We all have an idea of – though we can never relate to – the pain of the people of Palestine; however the response by firing rockets does not help.

The third reason why Hamas needs to stop firing the rockets is political. The last excuse Israel has and uses is “Hamas fires rockets.” Though these rockets have hardly killed any substantial number of their people in the last 20 years, Israel, like a broken record loves to play this card for the world. “Oh it's the rockets,” “what would you do if they reined rockets on New York... on your statue of liberty.” So the single track goes. Hamas loses in the eyes of man and God when they continue making what may be their only error. Stop the rockets and see what miracle will bring you victory.

More delicate and a matter I hardly wish to approach, is the thought of Hamas giving up Gaza strip. Gaza strip is not where the Palestinians belong. Gaza is a prison. There is no reason to continue living and raising kids in a prison. Yes, there is all that billions of dollars worth of natural gas underneath and all that, but still. The Arab and Muslim nations have completely failed. There is no disputing this. Egypt is as wicked as Israel to the people of Gaza who are by extension families of the Egyptians and part owners of Egypt and of course, Jordan too. Many Arab nations just enjoy watching Palestinians being played like rats – a worthy distraction that keeps their people mindless of the failures and atrocities of their regimes. The Muslim and Arab world needs to come together and define a path for life and victory for the people of Palestine.

In the story of Islam, there was a time when the prophet of Islam decided it was time to leave Mecca, the capital of the faith and their hometown, and he went on Hijra to Medina. There was also a time before that when they fled to Ethiopia to seek refuge with the Abyssinian Christian king. There are times to fight and there are times to accept defeat and flee to fight again another day. There should be wholesome discussions within the Arab and Muslim world and the larger world on these matters to decide the best fate and path for the oppressed people of the occupied Palestinian lands. Jerusalem is holy, but I am not sure how much blood must be spilled to retain Gaza concentration camp strip.

Pardon me for all my errors.
Dr. Peregrino Brimah; http://ENDS.ng [Every Nigerian Do Something] Email: [email protected] Twitter: @EveryNigerian